The Primo-Cup Trophée Credit Suisse is one of those classic winter events that keep up with tradition while always adding something new.

A breath of fresh air for this 36th edition which delighted Yacht Club de Monaco General Secretary Bernard d’Alessandri: “Alongside loyal regulars we welcomed two classes new to the event, L30 and Onefly. Every year, the Primo kicks off the season in the Mediterranean and we always aim for something new.”

It’s a successful format that attracted 450 sailors on some 100 boats divided into six classes. With 20 nations represented the regatta lived up to its already solid reputation, with clothing from Slam awarded to the top three in each class. Temperatures of 14oC in 5-15 knots of wind on a flat sea with sunshine ensured all crews will have good memories of this 2020 vintage year.

J/70: a trial run for everyone

From day one, the Russians on Elf were straight out of the starting blocks with three 2nd places and a 6th in the four races completed by the 65-strong fleet, ensuring them victory. It was not a done deal behind them with Cer Aprotec – Ville de Genève finally clinching 2nd and the YCM’s Giangiacomo Serena di Lapigio (G-Spottino) 3rd. In the Corinthian (amateur) category, the British team on Brutus took 1st equal on points with Cesare Gabasio (Tinnj70) followed by Stefano Roberti (Piccinina), both YCM members.

These results give some indication of what could happen at the J/70 World Championship 2021 that is being held here in Monaco from 18-23 October. “The field at this Primo Cup augurs well for a high level at the Worlds. We are really looking forward to it,” says the G-Spottino helmsman who has his heart set on a medal at home. 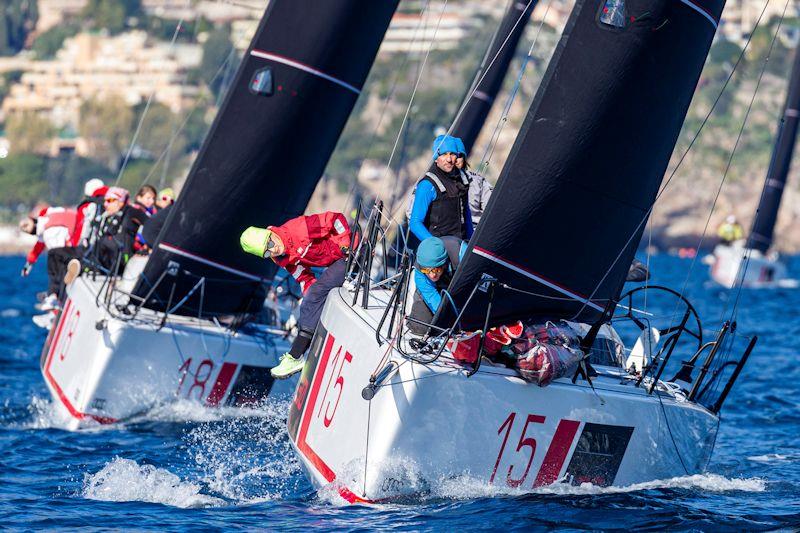 L30: from offshore to the Primo Cup

As for the L30 fleet, the boat chosen for the first offshore World Championship, they had every reason to be here, with eight boats representing as many nations making their first tacks and gybes on the Monaco race area. Strong from the start, the Belgian Jonas Gerckens fended off Anastasia Kolesnichenko and her crew to win this event, with YCM’s Denis Lankin in 3rd.

Developed by Ukrainian Olympic medallist Rodion Luka in collaboration with RC44 designer, Andrej Justin, the 30-footer is a double-hander for those who want to be at the Paris Olympics in 2024 which will host the offshore mixed-doubles class. 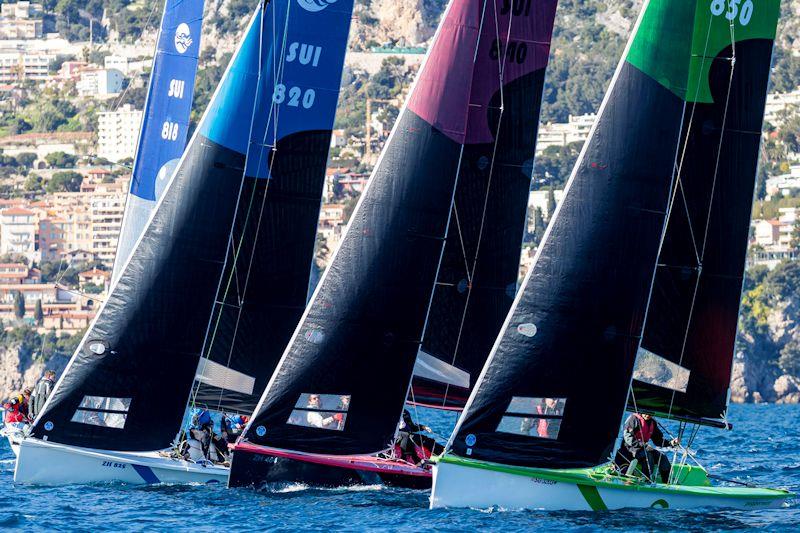 Longtze Premier: There are not enough superlatives to describe the winning form of the Swiss on Shensu for a faultless performance throughout the regatta in the Longtze Premier class. It proved impossible for the equally impressive team on Qi to dislodge them, so 2nd for them, with Steffen Schneider (Outsider) in 3rd.

Smeralda 888: In the Smeralda 888, Timofey Sukhotin (Beda) won the match ahead of Botta Dritta and Black Star. The Primo Cup marks the start of their Championship for the season, currently led by Timofey Sukhotin who temporarily dethrones 2019 title holder, Charles de Bourbon des Deux-Siciles, class president. The fleet will be racing again in Monaco for the Spring Challenge (20-22 March).

In Monaco for the first time was a fleet of Onefly dinghies, a winged and foiled one-design that aroused the curiosity of spectators and competitors alike. These marine dragonflies can take off and quickly get up to speeds of 8 knots and up, even in light airs. Although not officially competing in the Primo Cup, the ten boats put on a show at the foot of the Rock, alternating displays and races. Christopher Pratt, skipper of numerous Jacques-Vabre Transats and countless Solitaire du Figaro solo races was one of the headliners who accepted the YCM’s invitation: “It’s great to be back in the Principality and sailing on such an appealing boat as the Onefly. We are here at the foot of the mountains, between two systems – east and west – it’s really exceptional.” 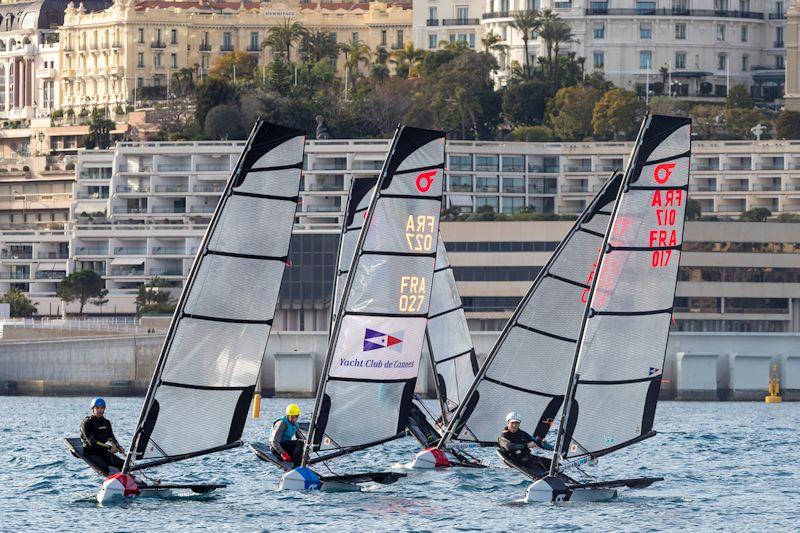 As well as the racing, there were two official boat christenings, complete with champagne broken on the hulls to wish them good luck: Nico Poons’ J/70 Charisma and Timofey Sukhotin’s Smeralda 888 Beda. The ceremony was attended by YCM Board Committee members, including Charles de Bourbon des Deux-Siciles (owner of the Smeralda 888 Vamos mi Amor) and Bernard d’Alessandri.

As the curtain fell on this 36th Primo Cup – Trophée Credit Suisse, many boats left this evening except for many of the J/70s and Melges 20s who will be back on the water for the fifth and final Act of the Monaco Sportsboat Winter Series – 5-8 March 2020.