As racing starts Monday at the 38 Copa del Rey MAPFRE, the Bay of Palma saw teams from most of the key classes making their final training and tuning missions in today’s perfect sea breeze and warm sunshine.

Consequently the Real Club Nautical de Palma was a hive of activity as the usual unique air of anticipation and excitement prevailed around the race docks before the summer showcase regatta gets under way. Six days of racing, Monday to Saturday, place particular demands on the crews, not least the ability to stay equally sharp and focused from beginning to end. 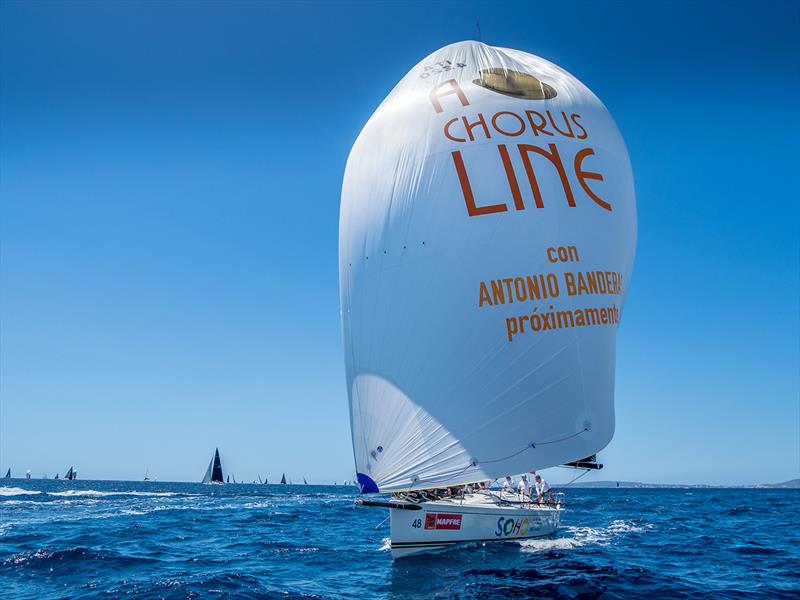 One of the new innovations at this regatta is a significant change to the scoring system. A Previous and Finals system is being trialled for 10 out of the 11 classes. After six races have been sailed (eight in the case of the Herbalife J80 and Purobeach Women’s Cup) the preliminary series is scored with the boat in first position allocated one point, second two, third three and so on. That score is carried forwards to the Finals series which comprises the remaining races. The idea is that, like in the Olympic classes racing, interest remains into the final day of racing and there is less chance of a team winning with a day to spare.

“This is a six day regatta and so you know you are not going to win it during the first three or four days. You have to hang tough.” Says Terry Hutchinson, tactician on Hap Fauth’s Maxi72 Bella Mente which races in the Mallorca Sotheby’s IRC Class up against the two other Maxi72s, George Sakellaris’ Proteus and Dario Ferarri’s Cannonball which are laden with top grand prix racing stars from the America’s Cup, the Volvo Ocean Race and the 52 Super Series.

“In our case with the three boats you get to the top mark third you have to turn that into a second. There will be swings and roundabouts. The last time we did a three boat regatta here was in 2017 and we all finished equal on points and Cannonball won on countback and I can see that happening again. The same thing applies to all of us, if we get out in front, or Cannonball or Proteus get out in front, we should be able to stay there.”

The three Maxi 72s are working up to their pinnacle event of the season, the highly coveted Maxi Yacht Rolex Cup in September, and the 38 Copa del Rey MAPFRE is the perfect proving ground, not least for the new Bella Mente which has not yet completed a major regatta. Meantime Cannonball has been highly optimised since her debut here in Palma in 2017.

“We took a conservative decision to withdraw from the Caribbean 600 and we had a failure in the Les Voiles (de Saint Barths) and so we came here and did a ten day session against Cannonball and Proteus in June. We probably are still giving a bit to both of the them. We have seen these IRC boats take some time to get everything fine tuned. We have a good squad for that side of it, a great development team. We have a lot to gain still. Now we are just building reliability in. Here the objective is to base line against Proteus and Cannonball. It is impressive to see the changes in Cannonball which has come a long way since we sailed against her in 2017. They have good a group now with Ed (Baird), Michele (Ivaldi) and Seb (Col). They have a new inshore rig and a new, bigger area fin and they have changed sail suppliers (Quantum). They are the benchmark now. But we are picking up where we left off.”

Hutchinson adds, “Our objectives this week are to learn the boat, and to learn how we mode ourselves against Proteus and Cannonball and we would like to come away feeling confident for the next one.” 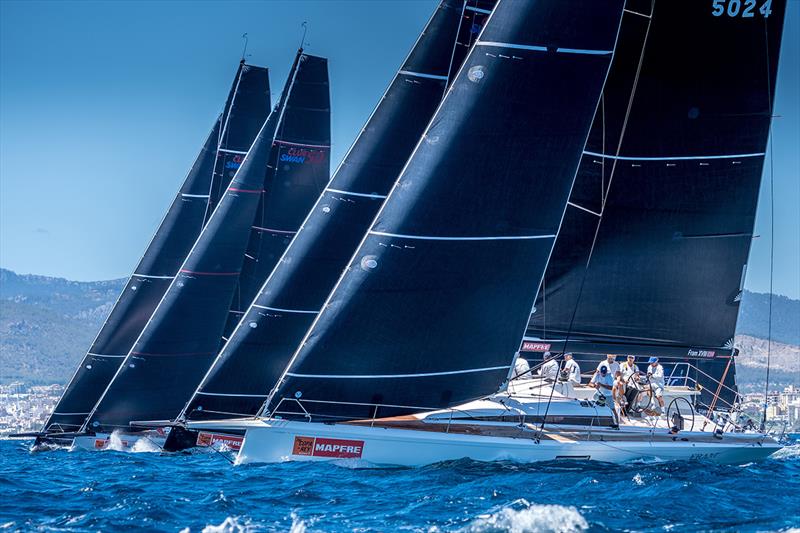 The 38 Copa del Rey MAPFRE has attracted 132 entries across the 11 classes. One of the closest, hardest to win will be the ClubSwan 50 which has drawn 14 entries from seven different countries.

Appropriately at the Copa del Rey MAPFRE there are not one but two monarchs racing. H.M. King Felipe of Spain steers the Spanish Navy’s Aifos as he did for the first time last year but also returning to the Copa del Rey MAPFRE after a long absence is King Harald of Norway with his Fram XVIII which is sailed by many of his long standing core crew. Last year’s winners Hendrik Brandis’ Earlybird are here to defend their title with American tactician Chris Larson now having replaced Germany’s Jochen Schumann who called tactics last year. Round the world ace Bouwe Bekking returns on Niramo and Tomasso Chieffi is tactician on Leonardo Ferragamo’s Cuordileone.

“I think this class is doing so well. Everybody enjoys the rule which restricts the number of pros.” says Cuordileone’s Chieffi. “Anyone could win this week. Vitamina won the practice race out of the box today and has Gabriele Benussi and a very good group of Italians on board and fresh sails and they could be good this week. The owner sails a lot in different classes. Ourselves, OneGroup, there are a lot of good boats in this class and you will need to be very consistent to win this week. With this ‘medal weekend’ you are going to have to peak at the end of the week, a marathon with a sprint finish.”

The 38 Copa del Rey MAPFRE sees the first all women’s class racing for the Purobeach Women’s Cup in a fleet of matched Viper 640 sportsboats. Favourite to win should be Spain’s double Olympic medallist Natalia Via-Dufresne.

The regatta will be sailed over four different racing arenas. The GC32 Cup starts racing on Wednesday. This is the final event of the Nations Trophy Mediterranean League for the Swan Classes.