The only class to sail under the IRC system will see three of the big boats on the international Grand Prix circuit racing against each other for the first time this season: American teams Bella Mente and Proteus, and the Italians, Cannonball.

Palma (Spain), 18th July 2019 They are an impressive sight to behold; with close to 22 metres of boat length and a team of 20 crew, Proteus, Bella Mente and Cannonball are the three largest boats that will compete in the 38th edition of the Copa del Rey MAPFRE.

Representing the United States and Italy, the three boats will be sailing in the Mallorca Sotheby’s IRC. All three will be competing under the IRC system, and promise a spectacular sight right from the start line.

“Copa del Rey MAPFRE will be the first time Proteus, Cannonball and Bella Mente are on the same piece of water for racing, so it will be a good test for the coming Maxi Worlds, where we will be waiting for Momo,” explained the Italian sailor Michele Ivaldi, crew member of Cannonball, the runners-up in the last two editions of the regatta (2018 and 2017). 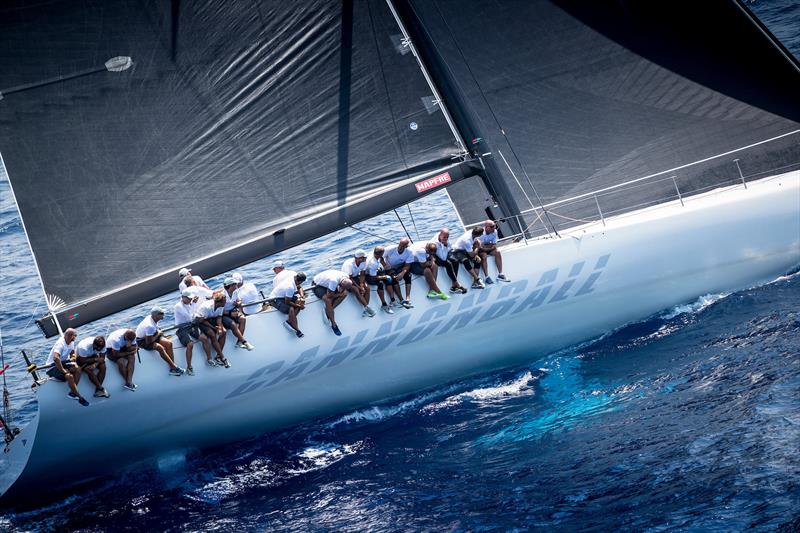 Bella Mente are already familiar with winning a Copa del Rey MAPFRE following their victory in 2016. Sailing under the flag of the New York Yacht Club (the same as their rival Proteus), their team is led by owner-driver American sailor Hap Fauth.

James Lyne, the team’s coach says, “The Copa del Rey MAPFRE is a key regatta in Bella Mente’s build up towards the Maxi Worlds. It’s our last check in on the speed modifications that have been ongoing, and developments in the sail wardrobe.”

For Lyne, the main lessons to be learnt in Palma are,”We will be looking to get an understanding of the dynamics of sailing these big boats against each other in a small fleet, and understanding where everyone’s sweet spot is, so you can learn to exploit the strengths and weaknesses of the other boats versus Bella Mente. Forcing another Maxi 72 to sail a mode away from her sweet spot, you can often see some gains.” 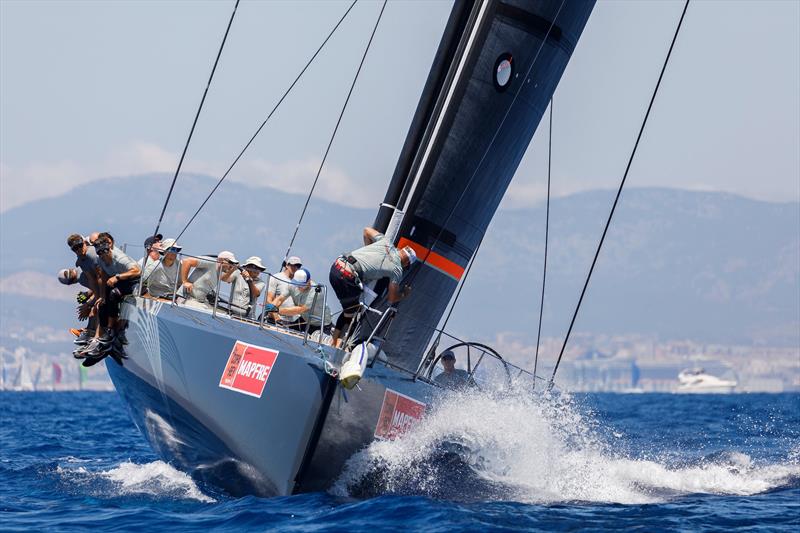 The other member of the trio, Proteus, the older of the three boats was built in 2014, and is a J&V design. Owned and skippered by George Sakellaris, the team returns with their eye on victory in Palma, since in the last editions of the regatta they were always just a step away from the title. The team were runners-up in 2016, and finished third in 2017 and 2018.

The Mallorca Sotheby’s IRC class will compete in up to 11 windward-leeward races. Following the new classification system for the 38th edition of the regatta, the big boat trio will compete from Monday 29th July to 1st August in the classification series. Having completed a minimum of six races over this period, for the last two days of racing (Friday 2nd August and Saturday 3rd) the fleet will compete in the final stage, with a maximum of three races to decide the final winner.

The 38 Copa del Rey MAPFRE is organised by the Real Club Náutico de Palma, and will be held from 27th July to 3rd August on the Bay of Palma.

The three big boats of the 38 Copa del Rey MAPFRE