Hampshire based, Alan Roberts (29), started the first leg of the 50th edition of the singlehanded offshore sailing race, La Solitaire URGO Le Figaro, on Sunday 2 June at 4:25pm local time in the Bay of La Baule, at the mouth of the Loire river in the west of France.

It was a nerve-racking start for Roberts, who’s engine stopped working minutes before he was due to depart the city of Nantes for a four hour motor down the river Loire to the start in the bay of La Baule, leaving him on the dock long after his 46 competitors had departed. Without a working engine the Race Committee would not allow him to compete for safety reasons. After receiving a tow from the Race Committee down the river Loire while he replaced a broken impeller and removed an air bubble from the system the engine sprang into life and he was given the all clear to compete. 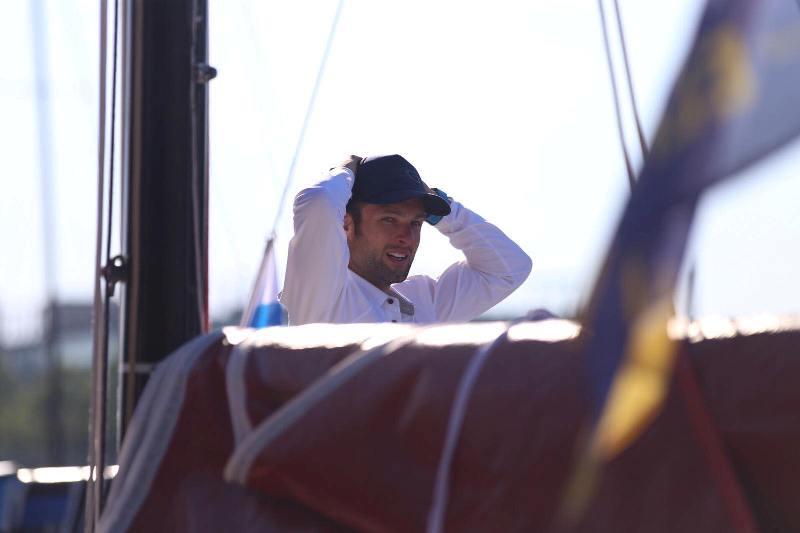 With 553 nautical miles from the start in the Bay of La Boule (France) to Kinsale (Ireland) the sailors are expecting a south-westerly wind of 10-12kts for the start. Sailing into the first night will see them pass through a small front which is likely to bring a mix of very light unstable air with some stronger puffs. Some light rain showers are possible. Following the front the wind will veer to the west then north-west building to 15kts. Key stages to look out for are when the fleet enter the strong tides of the Raz de Sein, passing the Traffic Separation System off Ushant off the western tip of Brittany the Scilly Isles, the approach to the Fastnet and the final 50 miles in to Kinsale which looks set to be light. Their expected ETA is late Wednesday, early Thursday. This first leg, four nights and three full days at sea, will punish small mistakes.

Roberts, competes in his sixth Solitaire du Figaro race but for the first time in the Figaro Beneteau 3, a brand new foil-assisted one design yacht which seems to be playing on his mind. Roberts says “I’m feeling anxious for the start of the Solitaire, I’ve done it a few times before but first time in the new boat, I’ve only done one race this season single handed so I really don’t how the fleet is going to be and how my boat speed is relevant to them so it’s going to be a bit of a discovery but also pretty happy to be out here and get racing again, it’s pretty cool and this year is going to awesome.” 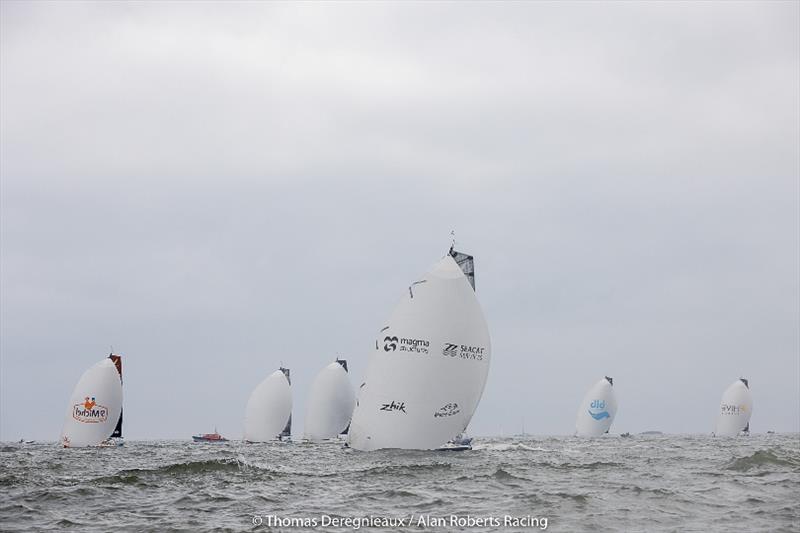 In this era when shorthanded offshore racing is to be considered for the 2024 Olympic Sailing Regatta, when the Ocean Race (formerly the Volvo Ocean Race) is shifting to the IMOCA 60 class for the 2021-22 edition and will be essentially shorthanded, getting good and making the grade in the Figaro scene has never been more important.

With that in mind, to recognise the extraordinary efforts made by the non-French contingent in this and future Solitaire URGO Le Figaro events a new trophy, the VIVI Trophy, will be presented annually from 2019, to the first non-French skipper overall in the race. Read more here

To follow Alan Roberts on his journey in the La Solitaire, visit alanrobertsracing.com