In a stunning shakeup, Scott Dickson (USA) defeated Johnie Berntsson (SWE) in the semi-final series of the 55th Congressional Cup at Long Beach Yacht Club and will advance to Sunday’s finals to race Ian Williams (GBR), who curbed Taylor Canfield (USA) and his hopes for a fifth Crimson Blazer.

Going into Day Four Berntsson, Williams and Canfield had already earned their spots in the semis. Each looked strong, coolly prevailing in their final matches of the Round Robins.

The fourth berth however, was up for grabs; with Nick Egnot-Johnson (NZL), Dickson and Chris Poole (USA) all within striking distance.

Poole’s dreams of competing in the Congressional Cup came true when he qualified in last week’s Ficker Cup; but came crashing to a halt on the first match of today, when dueling with Dickson, he was using the pier as a pick and smashed into the buttress.

Still, Dickson had an uphill fight ahead of him. Uneven performance had put him one point behind Egnot-Johnson going into Day Four. And despite his providential win against Poole, his final duel of the semis was winner-take-all against none-other-than Egnot-Johnson.

Mastering the start, Dickson battled his way around the course as Egnot-Johnson searched for a passing lane. It was not to be. Dickson won his way into the semis, and the crowd went wild. A long-time member and director at LBYC, he was deafeningly cheered by fans who noted it has been nearly four decades since a member of LBYC has won the Crimson Blazer.

Berntsson has controlled the ten-boat fleet since Congressional Cup racing began Wednesay April 3. Solidly winning Stage One, he had chosen to pair with fourth-place Dickson in the semis; and let Williams and Canfield scuffle.

“When we picked Scotty, we hoped he wouldn’t be at his best level, because he’s really hard to beat,” Berntsson said. He won the first match of the semis against Dickson, but faltered on the second. Emboldened by his victory, and bolstered by a crew of local sailors including tactical whiz Steve Flam, Dickson in finest form, out-sailed Berntsson in Races Two and Three. On the final leg, the 16 knot breeze swelled his spinnaker, emblazoned with the logo of sponsor Seven Angels Cellar. Indeed, the angels were watching over Dickson today.

“We have the same team as last year, we’re good mates and have great communication,” he said, adding, “It felt like we had a team of 1,000 people on the boat,” noting the roaring fans on the pier. “It’s going to be a great match tomorrow, we hope to provide a great spectacle for everyone.” 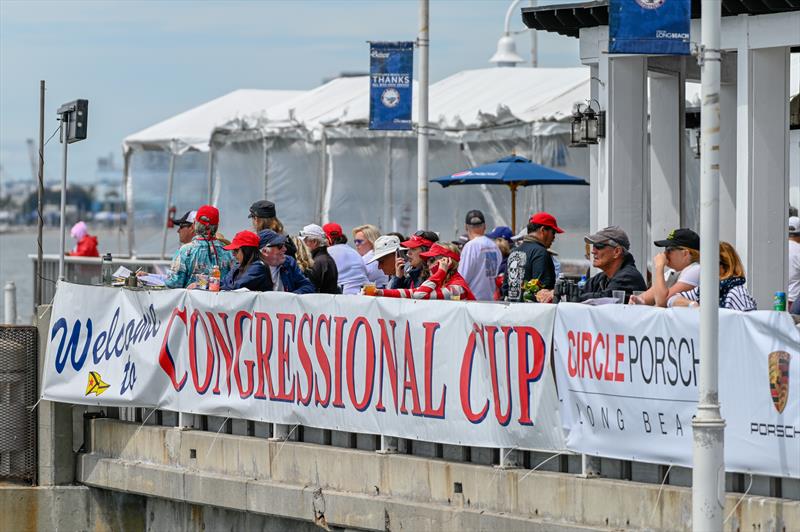 Tomorrow he will square off against Williams, who has steadily climbed up the leaderboard throughout the regatta not an unusual tactic for Williams, a three-time Congressional Cup champions (2011, 2012, 2017). Williams admitted he had been “feeling the jet lag a bit hard,” the beginning of the week. By Friday he was “feeling a bit more alive,” and it was showing. After a slow start, he’d won his last six races and was feeling confident, saying “Scotty’s the fastest one here, he has been all week. But we’ve hit our stride: there’s a battle ahead.”

While tomorrow’s races will determine who wins the Congressional Cup there is one trophy that has already been determined.

According to LBYC Historian Jo Murray, in the inaugural year of the Congressional Cup, one of the then-seven skippers who competed was Arthur Knapp Jr. from Larchmont Yacht Club, New York. Knapp came from an extensive east coast sailing background, and served Congressional Cup as both a skipper and judge, Murray explained.

“As a joke one year he presented his work Race Your Boat Right to the last place skipper. It was a hit, and he continued to present the book, until his death in 1992.

In his honor, over the years ‘The Book’ is presented at the discretion of the chairman, to the skipper at the bottom of the leaderboard.” 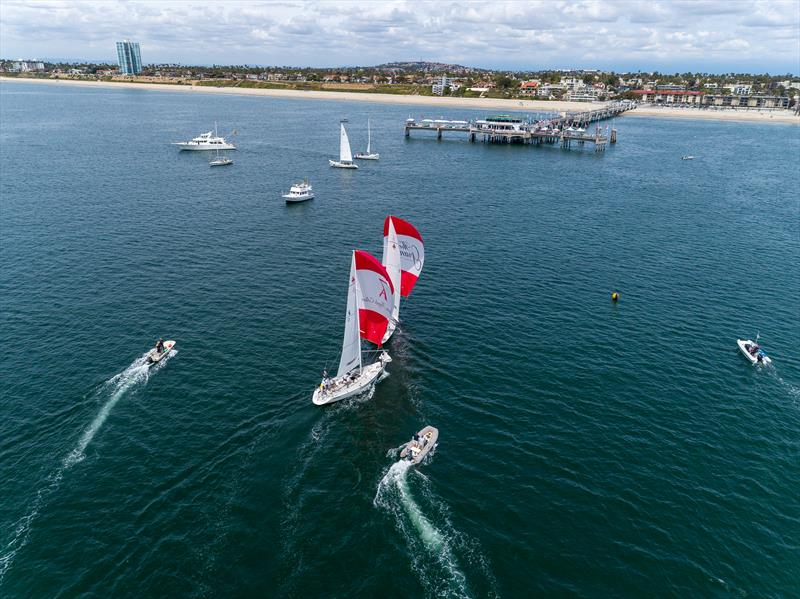 However, it is considered by some to be a good luck charm, Murray pointed out. This year, Nicklas Dackhammar (SWE) joins the illustrious skippers who’ve received The Book over the years; Simone Ferrarese, Taylor Canfield and Ian Williams, all who have all gone on to win the Cup in subsequent years.

Racing for the Congressional Cup trophy will conclude tomorrow Sunday April 7 starting at 11:30AM off the Belmont Memorial Veterans Pier 11:30 to 4:00 daily.

Spectators will find parking, amenities, seating and live commentary by Tucker Thompson. Or, watch the live-streaming coverage and features, plus nightly press conferences on Facebook @CongressionalCup and the event website: www.thecongressionalcup.com 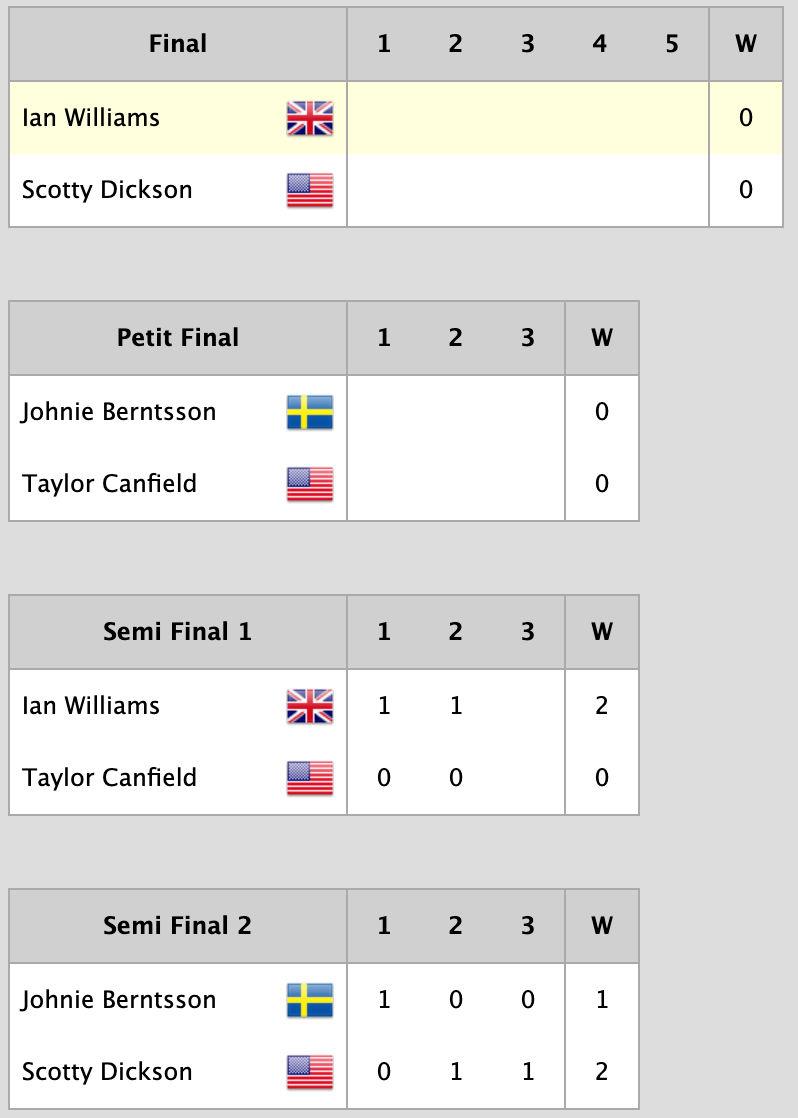 The Congressional Cup is one of the leading match race events in the sport, bringing top talent from around the globe to compete in this exciting one-on-one competition. Established in 1965 by the Long Beach Yacht Club, it is recognized as the “grandfather” of match racing, pioneering the concept of on-the-water umpiring 30 years ago.

Racing continues through Sunday April 7 as competitors battle through a Double Round Robin series, to advance to semi-finals and finals over the weekend. Racing takes place in the Congressional Cup Stadium, a designated course off the Long Beach Belmont Veterans Memorial Pier, where spectators can enjoy the action and commentary, free, from 11:30AM to 5PM daily.