If you happen to be in or around Brisbane when you’re reading this, the chances are that you have weighed up the pros and cons and decided NOT to go sailing this weekend.

Which leaves the question of what to do with your weekend instead. It’s probably going to be raining so mowing the front lawn is out. But fear not, we have a suggestion for you…

The first twenty boats have already started their entries to the Brisbane to Gladstone Yacht Race so now is the time to join them at www.brisbanetogladstone.com

For those who have entered the race in the last couple of years, you will notice that the online entry system is different this year. The new system, developed specifically for the Brisbane to Gladstone Yacht Race, should mean that a well organised boat should be able to complete its entire entry within thirty minutes with a lot of the traditional forms being replaced by online alternatives meaning less printing and re-scanning. Put us to the test; see how fast you can enter….

Now we have got that little challenge out of the way, let’s move onto the nitty gritty of the matter, the before and after parties. Over the next few weeks we will be making a series of announcements on this subject but as a little tempter, the before party will be on the 6th April in Brisbane CBD.

As for the after party, Gladstone will be putting it on like never before; there will literally be something for everyone, to say we are excited is an understatement!

After two successful years, the Live Streaming of the Start of the Race has proved so ground breaking in the sport of sailing that the Brisbane to Gladstone Yacht Race is quickly establishing itself as the bench mark against which all other races are being measured.

Interest in the Live Streaming product is increasing annually as other significant sailing events contact QCYC to investigate how to apply the concept to their own race or attempt to copy its format.

Despite the obvious success, the team at QCYC are not content to rest on their laurels and will be introducing a number of new initiatives for the 2019 race that will extend out the excitement the Live Stream generates. Pre-promotion will feature new concepts, there will be ongoing updates throughout the race, the finish will be Live Streamed, there will be interviews with skippers as they reach Gladstone and, to wrap it all up, the presentation ceremonies will be live streamed. This ongoing coverage will provide followers unparalleled access to all aspects of the Race 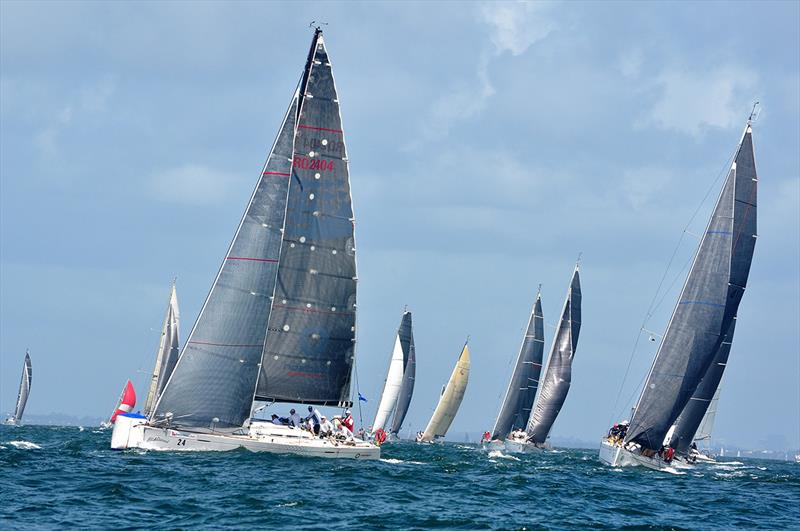 The Brisbane to Gladstone will be featuring as number of categories and divisions to race under:

IRC – the winner of the IRC category receives the oldest perpetually awarded trophy in Australia, the Courier Mail Cup, and the honour of being classed the Race winner for 2019

PHRF – the PHRF overall category is racing for cash prize of $5000 awarded to the winner. Paid crew are not allowed in this category.

PHRF is divided into a number of divisions, including a Vintage Division for boats with 50 years of stories and a Shorthanded Division.

Cruising – if you want to race within a handicap system but like the idea of being able to turn your engine on if things get slow, this is the division to be in. Paid crew are not allowed (except Sail Training boats) and you also cannot be entered into the IRC or ORCi categories.