Entries across all classes and division are shaping up well for Airlie Beach Race Week Festival of Sailing as the organiser, Whitsunday Sailing Club (WSC), announced the winner of the early entries prize draw which offered the full value of the event’s entry fee in food and drink vouchers at the Club.

To be eligible for the draw, prospective entrants had to enter online and pay their entry fees by 30 June. Drawn by a WSC Functions Manager, Tara Jones with Race Director Ross Chisholm standing by, Steven Capell, the Sydney-based owner of the elegant Swan 65, Eve, was the name that came out of the barrel. 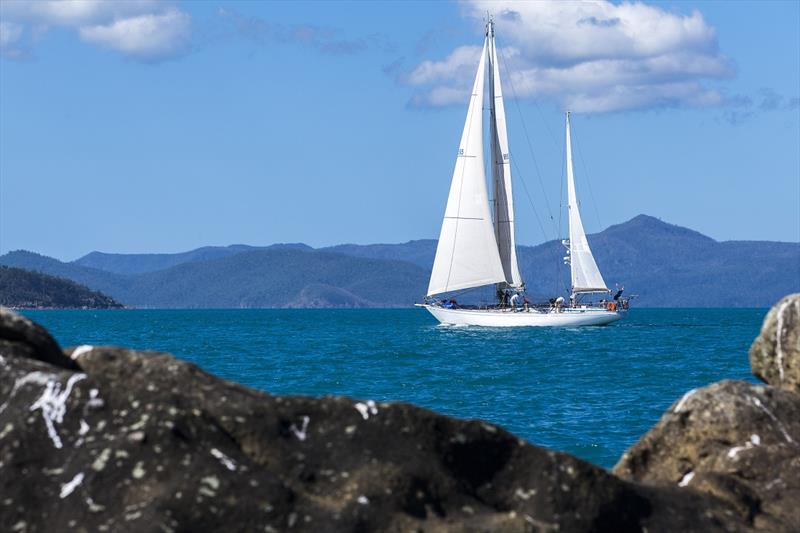 Eve is a regular on the northern circuit and last raced at Airlie Beach in 2017. Eve’s crew will enjoy their week with fuller pockets than usual when they arrive back at WSC after a day on the Cruising courses at the Airlie Beach Race Week Festival of Sailing.

Entries are shaping up nicely, according to Adrian Bram who has replaced Ross Chisholm as Event Chairman, as the latter moved into the dual roles of Race Director and Principal Race Officer.

“We are on track for another year of exciting racing in paradise coupled with a fantastic entertainment program and look forward to welcoming the competitors, volunteers and event followers to the Whitsundays”, Bram said.

Multihull Racing will be taken to a new level with ABRW to host the Australian Championship. Apart from three foiling Extreme 40’s, watch out for Tony Considine’s brand new Mad Max, which will arrive fresh out of its wrapping plastic. Yet to launch, the foiling Tf10 is by all accounts a multihull with attitude.

Sporting a blue and gold hull, Mad Max with George Owen at the helm, should not be hard to spot, provided you are quick to look at the speed machine from the 13 entries received to-date. However, her crew will arrive still not knowing their boat well, so it will be an interesting week.

IRC Passage has so far produced a mix of 40 to 52 foot racing machines, headed by Marcus Blackmore’s Hooligan and Ray Roberts’ Team Hollywood, while Performance Racing has a mixed bag of the hottest fast boats around, including last year’s winner, Mr Magoo, the Thompson 7 owned and skippered by Jason ‘Goggles’ Ruckert. 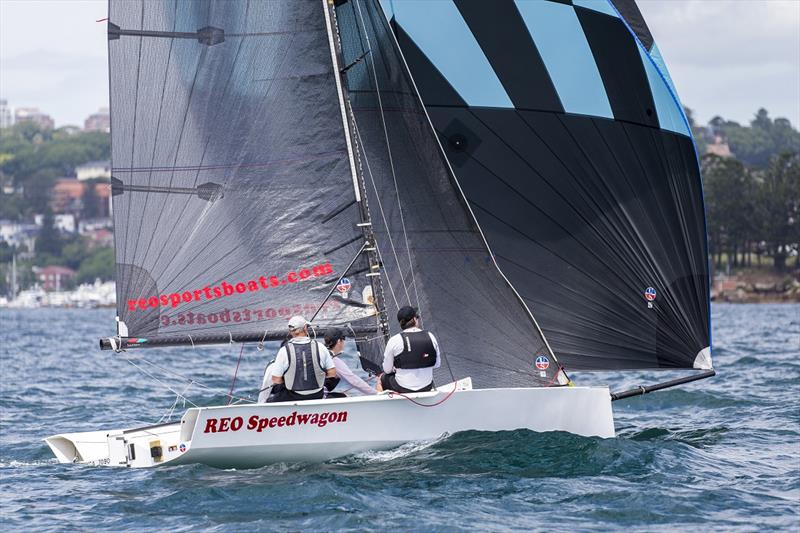 This year the competition ramps up with even more entries that in 2018. REO Speedwagon, a Reo 77 owned by Andrew York, is one that could put the cat amongst the pigeons. York finished runner-up at Airlie Beach in 2017 and has his name on many trophies with this boat.

The Cruising Divisions will add their usual splash of colour and grace to the course areas, and there is none more colourful than John and Kim Clinton’s Holy Cow! The boat is a colourful green with a cow spotted headsail and her crew always thoroughly enjoy themselves, with John Clinton acknowledging friends with a toot of the on board cow horn.

Thirty five cruisers are entered so far, including draw winner, Eve, who joins a cast of other mouth-wateringly beautiful boats, making one wish for a Lotto win.

Other classes at the Whitsunday’s regatta include AMS Passage, Multihull Passage, Trailable Yachts and Cruising Non-Spinnaker – something for everyone.

Organisers are expecting around 130 boats will take part in the 2019 Airlie Beach Race Week Festival of Sailing and boat owners are expected to arrive with more than 2,200 crew, family and friends.

Enter online now before close of Early Bird entries at 2400 hours on Thursday 1 August, otherwise the Standard Entry Fee will apply. While you are there, book your accommodation (see accommodation options on the official site) and book your berth – Abell Point (recently re-named Coral Sea Marina) and Port of Airlie fill up quickly at this time of year.

For entry, Notice of Race and all information visit www.abrw.com.au/sailing/entries