Last Monday, the Challenger of Record for the 36th America’s Cup, issued a letter stating that only four of the five teams had paid the entry fee of $300,000 for the first America’s Cup World Series Regatta in Cagliari, Sardinia.

Outwardly the door for the 2021 America’s Cup would appear to be fast-closing on the second US team, Stars+Stripes USA. The team is headed up by two professional sailors, skipper and CEO Mike Buckley and helmsman Taylor Canfield.

Both are competitors on the match racing circuits and one-design keelboats. Canfield is a World Match Racing Tour champion and Congressional Cup winner. He is also part of the SailGP US team sailing foiling 50ft catamarans. Long-time friend Mike Buckley is a part of his regular match racing team.

Coming out of the West Coast of USA, and backed by the highly respected Long Beach Yacht Club, the young team were one of eight Late Challenges that filed on November 30, 2018, the final day for the lodgement of Challenges. They were one of only three Late Challenges accepted by the Defender, Royal New Zealand Yacht Squadron. The other two from Malta and the Netherlands dropped out earlier in 2019.

Stars+Stripes USA are in a battle against time.

Launched on a platform of diversity, growing the sport of sailing, and as an All-American team’s values and aspirations do not seem to have resonated within the West Coast USA sailing community. From the outset, the team has been regularly spoken of in disparaging terms by the US sailing media, who are understanding only of a billionaire-bankrolled model.

The young US team does have some substance, for which their media give them little credit – being the payment of the first tranche of $1million of a $2million Entry Fee. The team also has a partly built AC75 to a design package purchased from Emirates Team New Zealand. That basic design is believed to be very similar in concept to Te Aihe the first AC75 launched by Emirates Team New Zealand and which is about to head to the Cagliari ACWS, after a very successful four and a half months of trialing and development in Auckland.

The team are believed to have attracted three substantial sponsors.

Two are world-leading information technology and consulting companies. The third is a major international fashion house, headquartered in the USA.

Details of one of the three sponsors were leaked in October by the highly respected America’s Cup correspondent for the Associated Press, Bernie Wilson when he reported that McKinsley & Company had joined the team as lead technology partner. It was thought then that the West Coast USA Challenger was close to getting the green light.

The second sponsor, a major technology player, also has a relationship with Emirates Team New Zealand through Stars+Stripes USA and would be of serious interest to New Zealand IT players, given that the launch of 5G technology is well under way in New Zealand by two telcos. 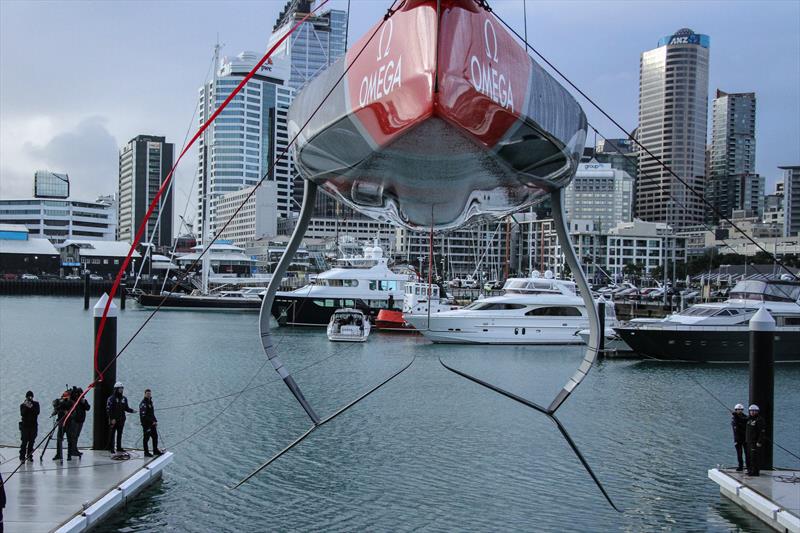 Emirates Team New Zealand is one of the early adopters of 5G, and it is believed to have given the Kiwi team a leg-up in several key design and performance areas. For the meantime, the Kiwis are staying stum on how the technology is used, playing a similar game to 2017 when key advances were only publicly released after it had become too late for the rival teams to copy and adapt.

The immediate issue for Stars+Stripes USA is that time is running out fast for a team with a good design and sailing crew and capable of staying in the Challenger Selection Series beyond the Semi-Finals.

As a commercially based US team, if they can get across the start-line, they have the ability to remain in the America’s Cup for several cycles – increasing their chances to win the most prestigious trophy in sailing and take it back to California for the third time in its 150 year racing history. Commercially based teams can usually build a raft of sponsors able to be retained from one Cup cycle to another, in the way current champion Team New Zealand has, in several iterations, survived for 35 years. The Ben Ainslie led Land Rover BAR did the same out of the 2017 America’s Cup, retaining its sponsor base along with a raft of supporting programs, before signing the biggest single sponsorship in sailing history.

On the face of it, the Official Notice posted by the Challenger of Record organisation on January 27, 2020, is a show-stopper. It advised that only four of the five teams had paid the required ACWS entry fee by January 23, 2020. 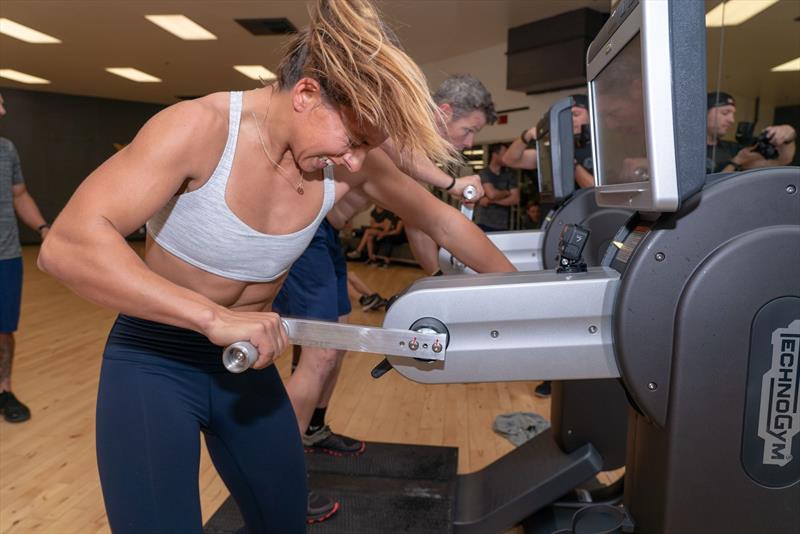 In a Decision of the Arbitration Panel regarding the late Challengers, it was held that the Protocol should be interpreted to mean that Entry Fees and Performance Bonds had to be paid before a team could start a race in the America’s Cup and the two ACWS regattas, rather than at some earlier date. This brought the Cup into line with standard sailing practice. The ruling also worked the way of other teams that had not met payment deadlines, of which there is believed to be at least one.

However, there is a further issue in the Protocol which requires that all Competitors participate in all events of the ACWS. The penalty for non-participation is not just a fine, as in previous Cups, but exclusion from the Challenger Selection Series or Prada Cup. 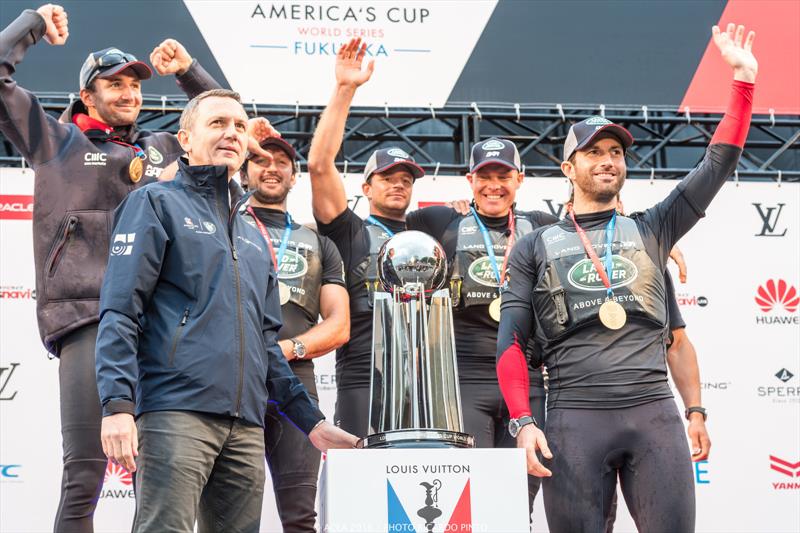 If Stars+Stripes USA does not cross the start line in the first ACWS event, then their only hope of hinges on the Defender and Challenger of Record between them agreeing to a Protocol change allowing the Long Beach Yacht Club entry to be exempted from participation in the first two ACWS events.

Unlike the 2017 America’s Cup in Bermuda, the ACWS Regattas carry no points into the Challenger Selection Series, neither do they serve any other functional purpose for selection in the Prada Cup in January- February 2021 in Auckland. Essentially they are just a hit-out for the AC75 class – albeit it one that will be followed with intense interest by sailing and mainstream sports fans. 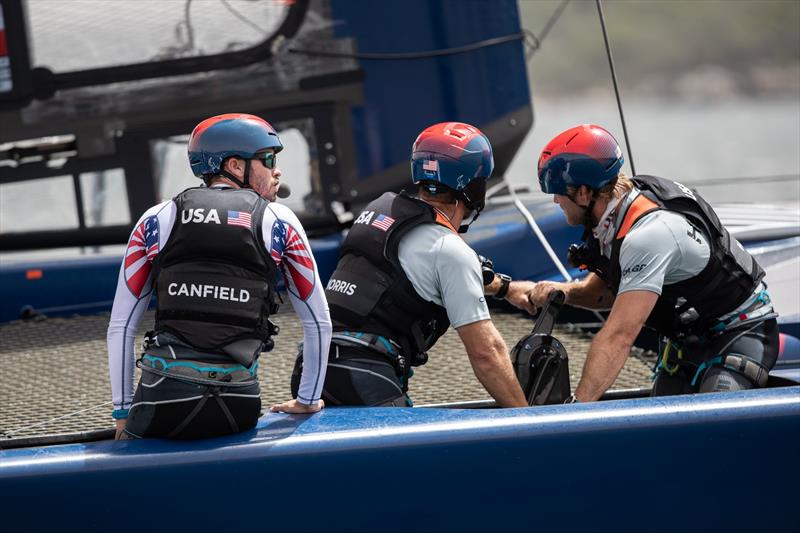 The non-participation of a fifth, single boat team from California is not going to detract from either the Cagliari or Portsmouth regattas. However the Auckland regattas would definitely be better for their participation.

For the ACWS exemption to be granted it would seem that Stars+Stripes USA would have to provide some very substantial undertakings that if excused from participation in Cagliari and Portsmouth, then the Long Beach Yacht Club team would be in Auckland.

While some pundits would be quick to dismiss that possibility, history shows that the America’s Cup is more than capable of turning itself inside out in very short order. In late March 2015, in the space of a few hours, the America’s Cup class was changed out from the AC62 wingsailed catamaran. The one-design AC-50 was put in its place, and Challenger of Record, Luna Rossa withdrew from the event, on a matter of principle, despite having a staff of 80 employees in its Cagliari base and at that stage being the most advanced of the teams entered in the 2017 America’s Cup.

The point that seems to be missed in the current affair is that Long Beach is the host for the 2028 Olympic Sailing Regatta. And, having a young and vibrant America’s Cup AC75 team, or similar, speaks volumes of a region’s current sailing credentials and character. 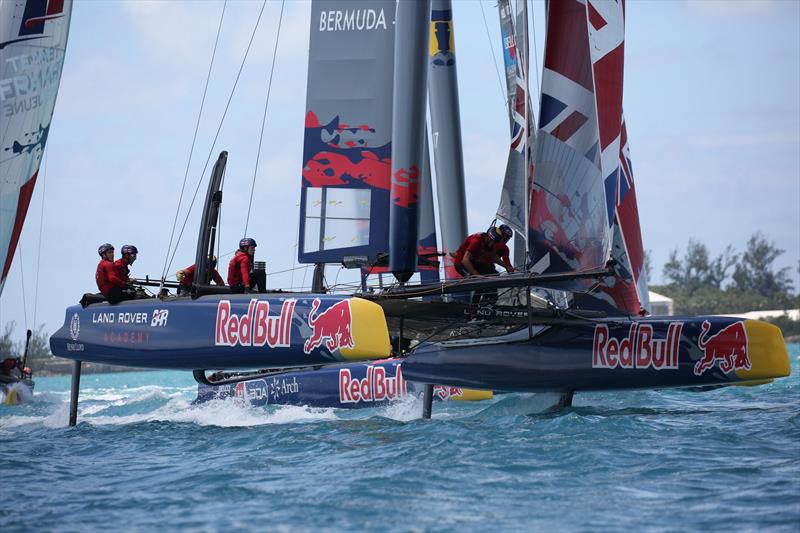