The New Zealand 18ft Skiff fleet may not be coming to contest the 2021 JJ Giltinan world 18ft Skiff Championship on Sydney Harbour in March, but there is one Kiwi sailor who will be at the JJs, and who has already taken out a major 18 Footer championship in Australia this month.

He is Josh Porebski, from Worser Bay Boating Club, Wellington, who is presently sailing with Sean Langman and Ed Powys on Noakesailing in the Australian 18 Footer League’s 2020-2021 Season fleet, and who last Saturday became the 2020-2021 Australian Historical 18s champion when he skippered ‘Yendys’ to victory in the championship, which was conducted by the Sydney Flying Squadron.

The Yendys team led for most of the final race of the championship on Saturday, but completed the North-East course in second place behind The Mistake, skippered by John Winning, which grabbed the lead on the final run home. 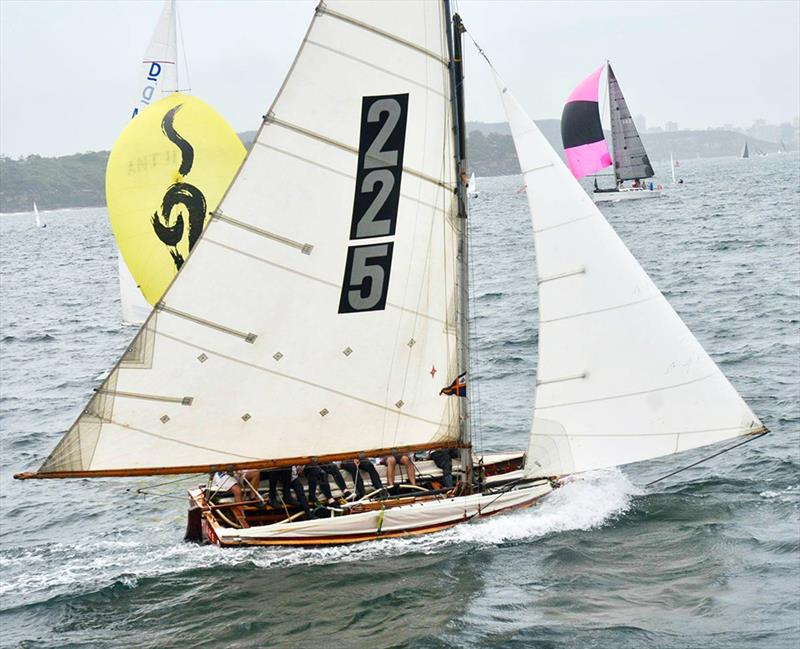 Asked why, Josh said “it was Andrew Buckland who encouraged me to sail the Historical 18.”

According to Andrew, “I was aware of Josh’s talent from his record in the 49ers, and took the opportunity of asking him to join our Yendys team.

For Josh, “it was a good learning experience for me to sail with such champions as Andrew Buckland and Don Buckley. It was also a lot of fun to sail with them.”

“Naturally, it was great to share the victory with our team, now I have to re-focus on the Noakesailing skiff campaign for the JJs.” 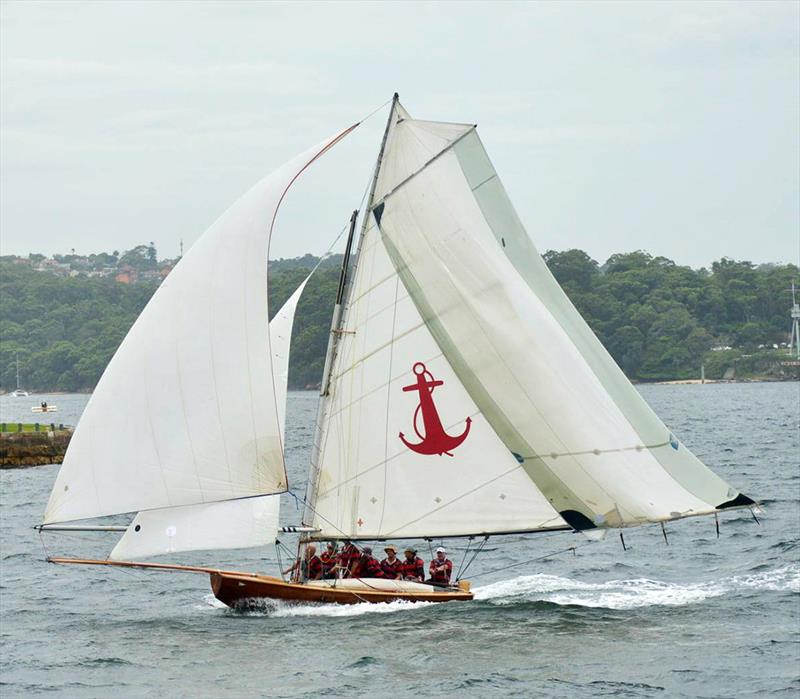 YENDYS, under ringtail, races to the finish line during the Australian Historical 18s Championship © MVS

It was a welcome change of fortune for Josh, who deserved a better result than fourth place overall, when he skippered ASCC at the 2019 JJ Giltinan world Championship on Sydney Harbour.

In that regatta, the ASCC team had a few unfortunate days in the early races before finishing with two race wins and two second placings in the final four races of the nine-race championship.

Josh’s 18ft Skiff record also includes a unique highlight. At the 2018 JJs he was skipper of Maersk Line and won Race 1 of that regatta, the first race he had ever competed in at a JJ Giltinan world Championship.

Going forward, Andrew Buckland hopes that other young skiff sailors will take up the opportunity to sail in the ‘Historicals’. 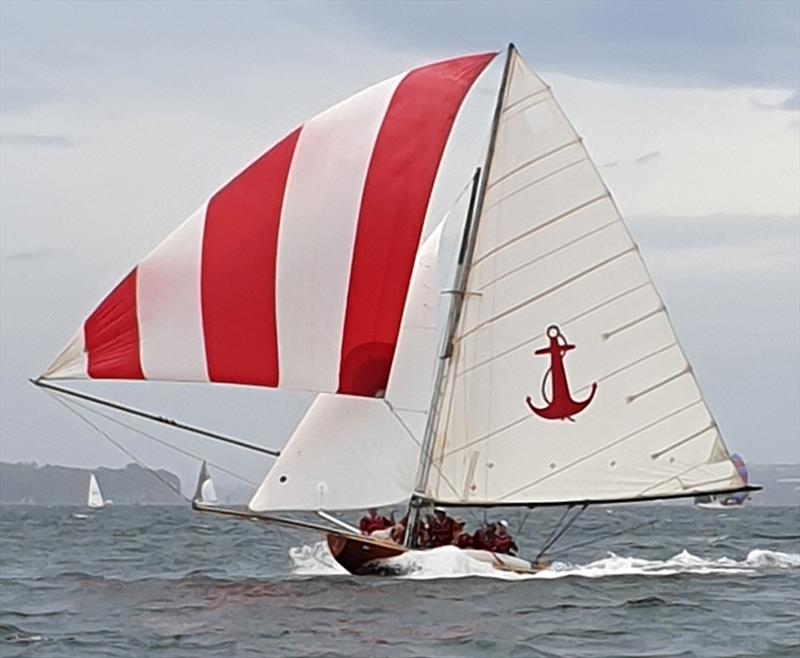 “Josh already had the talent but the complexity associated with the ‘Historical 18’ is a good way for young skiff sailors to broaden their knowledge.”

Josh, as sheet hand, with Sean Langman and Ed Powys on the third placed Noakesailing; ‘Bucko’ as expert commentator on SailMedia’s livestream coverage of the race.

After each of the 18 boats discards her worst performance to date, the defending champion tech2 team of Jack Macartney, Charlie Wyatt and Lewis Brake holds a one point lead over Smeg (Michael Coxon, Ricky Bridge and Trent Barnabas).

Noakesailing is third on the points table with a net total of 26 points, followed by Finport Finance (Keagan York) on 28, Shaw and Partners Financial Services (Jim Colley) on 31 and Winning Group (John Winning Jr.) on 36 points.

Spectators can follow the racing on board the club’s spectator ferry, however due to the COVID-19 policy, numbers are limited. Booking online through the club’s website www.18footers.com is essential. www.18footers.com.au/18-footers-sailing/spectator-ferry 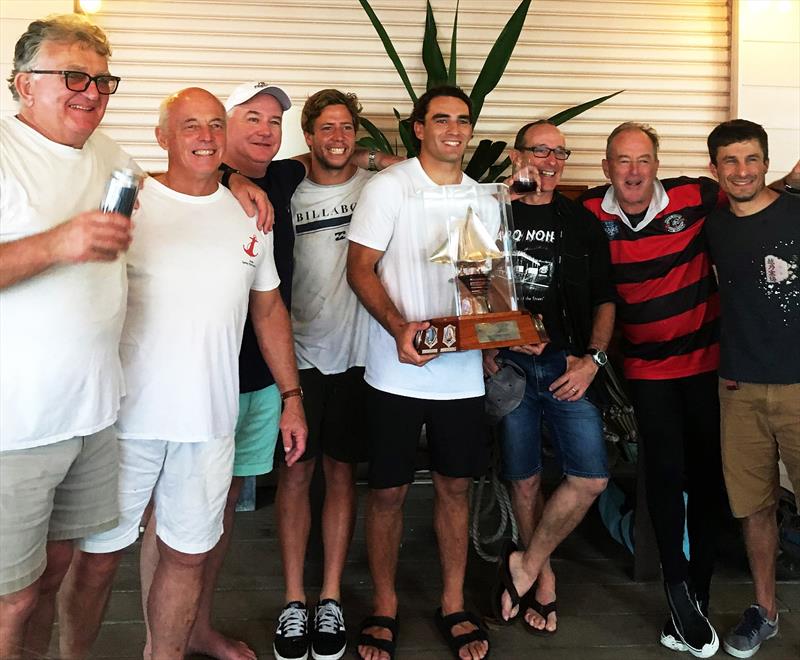