Following Sodebo Ultim 3’s retirement, the fleet of three trimarans still racing on Brest Atlantiques embark on a third Atlantic crossing, this time between the Namibian coast and Brazil, to round the St Helena high to the north.

This section of the race requires clever strategy to negotiate the course, to choose when to gybe and which angles to set in the unstable wind conditions that lie ahead.

The fleet have now finalised the long coastal course along the African coastline and head out West to bypass the St Helena High round the north, which extends almost the entire width of the South Atlantic between Rio and Cape Town. They will should reach SE’ly trade winds in order to make headway towards the equator and the Doldrums. 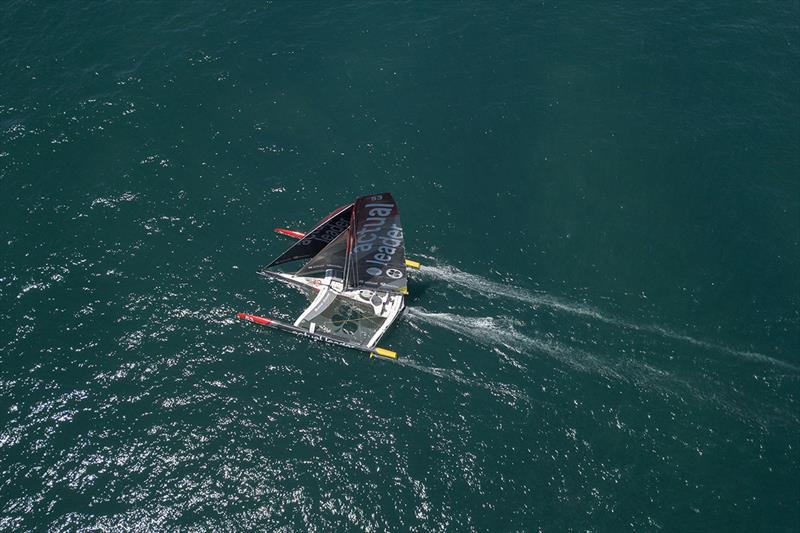 The trade winds are not established explained Franck Cammas from on board the leading boat, Maxi Edmond de Rothschild, in a video sent by the media man Yann Riou: “It’s quite amazing just how erratic it is”. Having just heard of Thomas Coville and Jean-Luc Nélias’ retirement, he commented: “It’s probably the right decision for them, it is the first race and it is not easy, and I wish them good luck. It’s never good news and never good times for a team to have to pull out of a race and I am sure they are not happy having to do it.”

For Franck Cammas and Charles Caudrelier, this third Atlantic crossing since leaving Brest on 5 November is not easy either, as evidenced by the two gybes they had to put in on Saturday, probably to avoid getting too close to the area of high pressure. And it is no less complicated for their pursuers, who are just over 300 miles behind, who have to make a strategic decision in the coming hours. 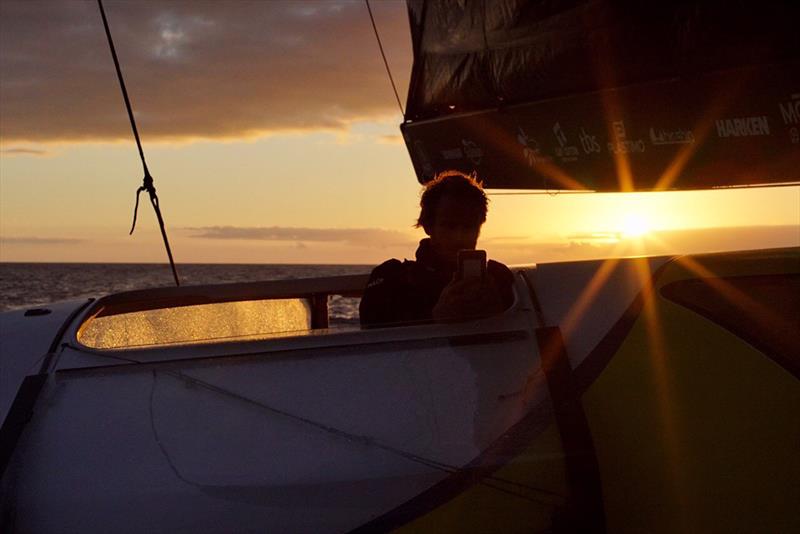 This is summarised by Yves Le Blevec, who, with Alex Pella on Actual Leader, has taken second place again from MACIF (François Gabart/Gwénolé Gahinet), who was 3 knots slower between the 12h and 16h rankings: “On the one hand we have a southerly route, which requires upwind sailing in a front, it’s a little complicated with a crossed sea, but overall faster, on the other side two fairly fast northerly routes but with an area where there’s not much wind; we’ll have to decide to go right or left in a few hours.”

He goes on to add that “I don’t think we’re taking the hard option, because our main objective right from the start of the race up to the finish is to look after the boat and keep her in good condition, so if we can avoid having tough conditions that could put the boat in any kind of risk, which we have already done a lot of and will have more in the northern hemisphere, we’re avoiding it, even if it could cost us a few more hours.” There will be a clearer indication of what lies ahead tomorrow.

To find all the videos from on board and also ashore, please go to the Brest Atlantiques YouTube channel.