Beau Geste started conservatively as they were concerned about manoeuvrability in a fleet of smaller yachts and the 2-3m dept. They draw about 4m with their daggerboards down and so needed to start with their daggerboards partially up. They crossed the start line in the middle of the fleet and by the first mark they were in front with the smallest yacht in the fleet a Morticia a Seacart 30 close behind. The second mark was back through the start line and Beau Geste was still in front and Morticia was gaining ground. 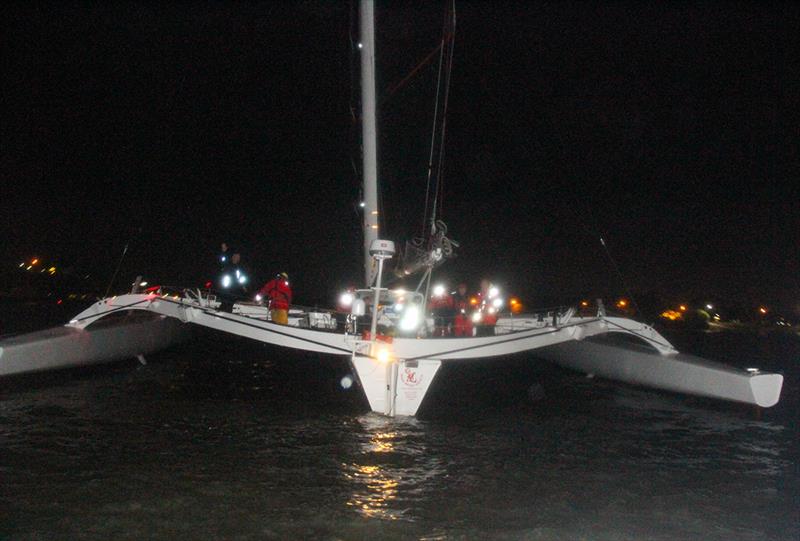 Spectators at Shorncliffe Pier on Good Friday were treated to a great morning with the Multihulls starting only meters from the pier and commentary being provided by the Multihull Yacht Club Queensland. 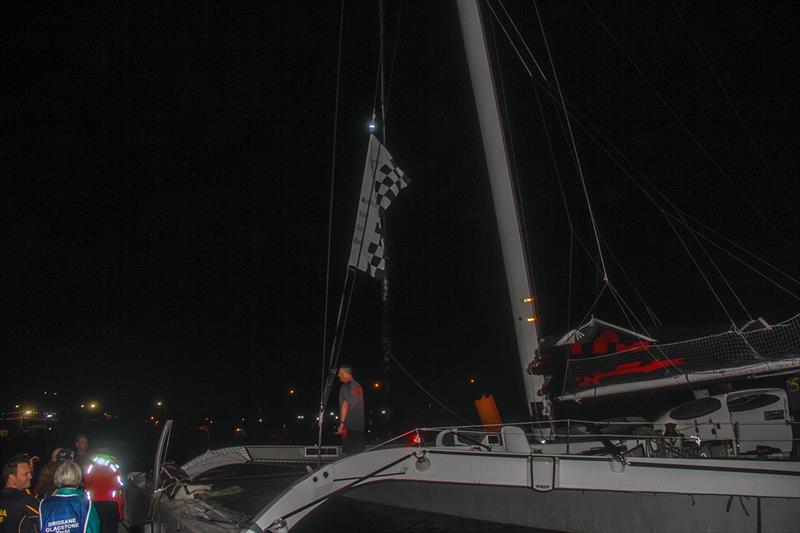 The race started in 15 to 20 knot winds which quickly escalated to 20 to 25 knots before a squall came through providing winds in excess of 35 knots. During this squall Beau Geste hit 40 knots of boat speed. Back at the start line tents were being lifted into the air and dropped in Moreton Bay. Beau Geste were consistently hitting speeds of well over 30knots. They considered the most difficult part of the race getting out of Moreton Bay and getting over the steep swells off Caloundra. Off Double Island Point they passed Black Jack doing 30 knots and the continued to extend their lead.

If you are in Gladstone, come down to O’Connell Wharf to see this incredible yacht. 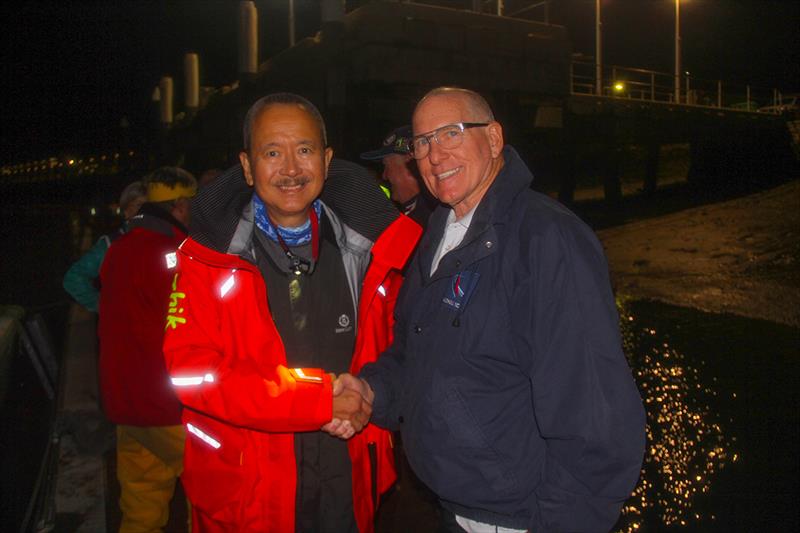