Magnificent historic sailing craft are due gather on the Bay of Naples on 7th May 2019 for four days of competition that will celebrate yachting from its golden era.

Created by the International Schooner Association in conjunction with the International Maxi Association, the first edition of Capri Classica is exclusively for classic schooners. Unlike other classic sailing events, it will play to the strengths of these giant maritime Stradivarii as well as celebrating the skills required of their crews and captains to race them. 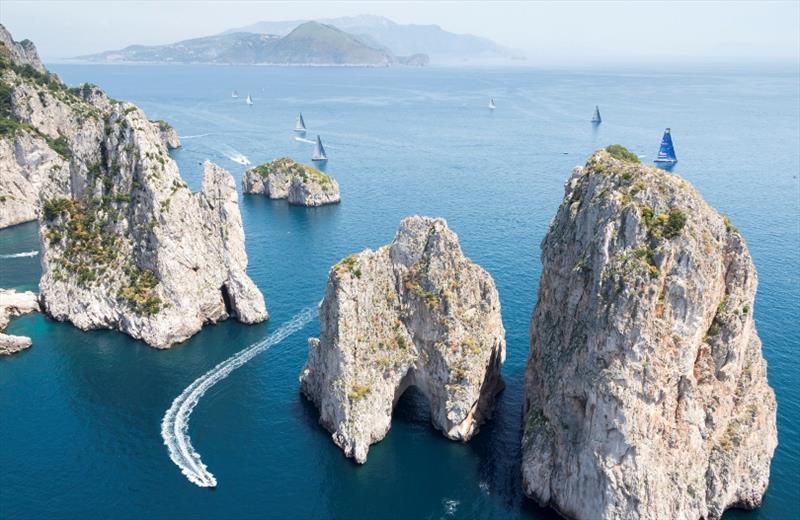 This will be only the second time this group of classic multi-masted giants have gathered together since the 40th Régates Royales de Cannes, last September. It was then that their owners, plus those or their representatives from five other famous historic schooners gathered on board Puritan to found the International Schooner Association.

While the schooner class at Régates Royales de Cannes was won by the largest of the five, Elena of London, she, plus Puritan and Orianda are regular competitors on the Mediterranean classic circuit. The more widely travelled Mariette of 1915 is an occasional visitor and Naema only joined the circuit for the first time in 2016.

Among the unique schooner-orientated features of Capri Classica, perhaps most unusual will be the starts. While most modern yacht races start with boats jostling for position sailing to windward on a short line, at Capri Classica some races will resort to the ancient practice of starting at anchor with sails down. This was commonplace in schooner racing in the 19th century and even featured in early editions of the America’s Cup, an event won by schooners up until 1876.

“We are trying to innovate, but while also embracing the traditional way to race our yachts,” explains Simon Pandolfi, captain of Puritan and one of the driving forces behind Capri Classica. “Of course that means more emphasis is placed on the capability and experience of the crews and the captains, rather simply which is fastest or can sail closest to the wind.”

Starting from anchor will also be a natural handicap, as the biggest yachts could take up to 30 minutes to get under way, but will be faster under sail than the smaller yachts that could weigh anchor and be sailing in as little as 10 minutes.

Pandolfi continues: “The aim is to demonstrate that these schooners are not only beautiful. The winner will be the one who is most competent not just in getting off the start line quickly, but using the skills required for racing a schooner, skills that would otherwise be lost.”

Single races will be held each day on courses which will be schooner-friendly, given that these yachts all herald from an era when the principle was famously “gentlemen don’t go to windward”. With this in mind, the PRO will be able to choose from a variety of courses according to the wind direction and strength. If there is adequate wind, these are likely to be 30-40 miles long for example across the Bay of Naples to Ischia or Naples or around to the south of the Sorrento Peninsula and back to a finish line off Capri’s Marina Grande. “They won’t be windward-leewards,” states Pandolfi.

While Capri Classica is being hosted in Marina Grande, it will conclude in Marina Piccola on Capri’s south side. On Saturday 11th May the event will conclude with a pursuit race where the finish line will be off the Faraglioni rocks. Seeing the five schooners arriving in unison by Capri’s famous trio of weather beaten stacks will be a photographer’s dream.

Running alongside the event will be an active social program for both owners and crews. This includes a welcome cocktail party within the Schooner Village in Marina Grande on 7th May, an owners party in a private villa overlooking the marina, a crew party, plus a special event that is becoming a welcome schooner tradition, where the owners and their representatives are invited to a party on board one of the competing yachts.

After the first day of racing there will also be a marine craftsmanship competition between the crews to demonstrate their traditional skills be it ropework, wood carving, etc. The winning crew from this will all be equipped with sailing knives from manufacturer Extrema Ratio, Capri Classica will conclude with a prizegiving at the Torre Saracena in Marina Piccola.

“The owners have a lot of expectations that because we have been talking about an event like this for so long,” concludes Pandolfi. “They are expecting something different, that’s new and more fun than what they’d done before. We are all excited by it. It will be a professionally run event, but we don’t want to lose sight of the fact that it is really about the owners, who are friends, wanting to spend time together, play together and have fun.” 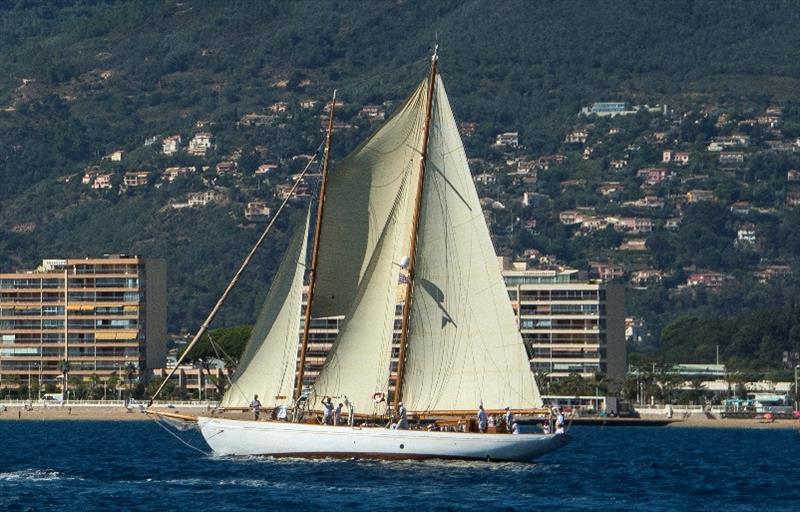 Designed by Danish naval architect Oscar W. Dahlstrom and built by C. Andersen Shipbuilders in Faaborg, Orianda in 1937, Orianda was originally launched under the name of Ragna IV for Danish entrepreneur Ole Sundo. She was seized by the Nazis during World War 2 when she fell into a state of disrepair. When she was found and restored by Baron Johan Otto Raben-Levetzau in 1944 she was missing her masts and rigging. She was owned by the Danish Baron until 1960 during which time she was rechristened Sabina.

Subsequently she passed through many hands both in Europe and the Caribbean, her name changing finally to Orianda in 1981. Among her owners was Neil Peart, drummer in the Canadian rock band Rush and Peter Phillips who restored her after she was damaged in a fire while anchored in the BVI in 1987. For 18 years from 1991 she was owned by a Spanish real estate developer.

Upon her sale in 2009 she was fully restored by Tecnomar in Rome. Today she is fitted with all mod cons including air conditioning, watermaker, diving equipment, flat screen TV, and Hi-Fi sound system through all the yacht. With accommodation for up to eight guests in four cabins plus three crew, Orianda is currently operated as a charter boat by The Classic Yacht Experience. 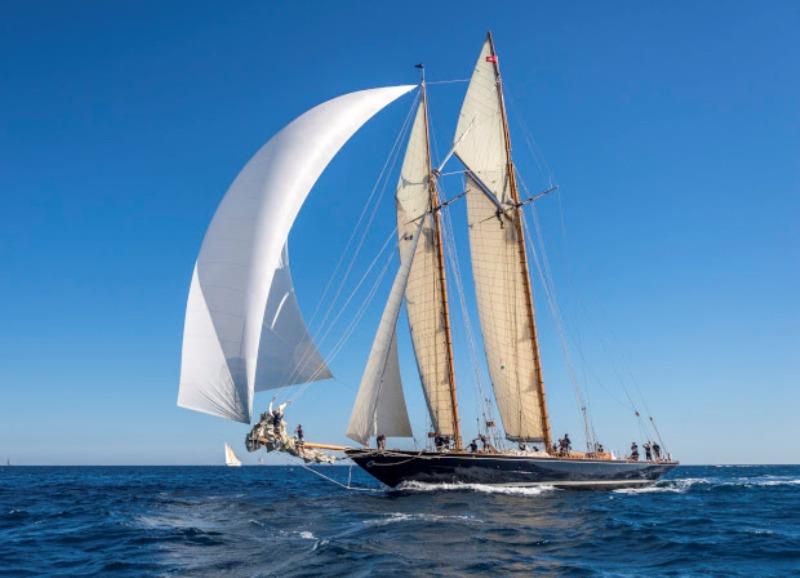 One of the famous handful of schooners from successful America’s Cup defender Nathanael Herreshoff, Mariette was originally commissioned by J Fred Brown and built by the Herreshoff Manufacturing Company in Bristol, RI. Her second owner through until World War 2 was Frank Crowninshield long term editor of Vanity Fair, who renamed her Cleopatra’s Barge II after the yacht of one of his shipping magnate ancestors, which allegedly became, in 1817, the first pleasure yacht to cross the Atlantic. Her ownership then passed through several hands, including two female owners and the US Government, before ending up with Canadian Walter Boudreau, one of the founders of the Caribbean yacht charter trade and, over four decades, a serial classic schooner owner. In 1975 she fell under Italian ownership and over 1979-1982 underwent a full restoration in La Spezia, an undertaking that is claimed to have begun the classic boat and schooner revival.

Under the subsequent custodianship of American superyacht owner Tom Perkins, she was restored to her original gaff schooner rig and in his tenure Mariette became one of the most successfully raced classic yachts. The yacht has been in her present ownership since 2005 and her racing pedigree has been maintained not just in inshore races but in grander affairs too: To celebrate her centenary she competed in the Transatlantic Race comfortably winning her class and finishing a commendable third overall under corrected time. She underwent a substantial refit at Pendennis Shipyard over the winter of 2017-18. 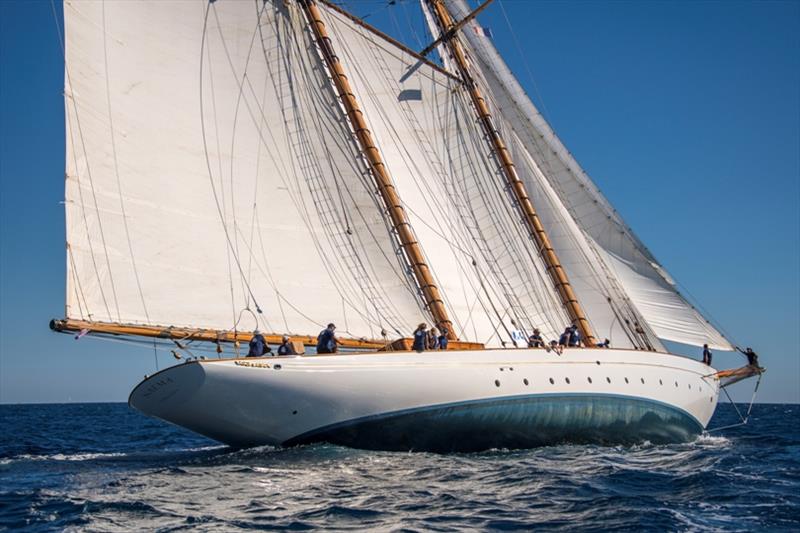 Panda was the largest of Alfred Mylne’s designs, commissioned for Captain John Duckworth Hodgson and built by Camper & Nicholsons in Gosport in 1938. Sadly in 1983 after a two year circumnavigation with her then American owners, she caught fire and sank in Fort-de-France, Martinique. Being too severely damaged to be repaired, she was eventually scuttled off the Florida coast.

Noelani was built with a steel hull and superstructure at Graafship to a design inspired by Panda with exterior design work and engineering carried out by Hodgdon Yachts. In 2014 her name was changed to Naema. 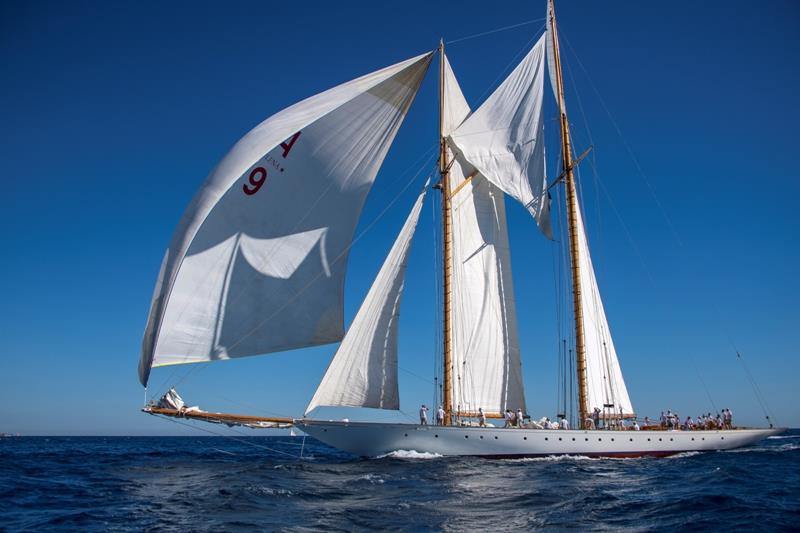 The original Elena was commissioned by railroad and steam line magnate Morton Plant, who had previously had Herreshoff design the 121ft gaff schooner Ingomar for him. Launched in 1910 she was a sistership of Westward but fitted with a fuller keel. She fulfilled Plants demands for a boat that would win, beating Westward after she had proven unbeatable. Her racing success continued will after Plants death in the hands of subsequent owners such as Cornelius Vanderbilt and William B. Bell, her crowning glory coming in her winning the King’s Cup in the 1928 Trans-Atlantic Race from New York to Santander, Spain. Ultimately the original Elena ended up in the UK, lead from her keel scavenged during World War 2 when she was used as a quarantine ward in Hythe. She was sold for scrap in 1954.

However she has been reborn. Built in 2009 by Factoria Naval de Marin, Elena of London is a direct replica of the original, using Herreshoff’s original plans, the project spearheaded by her present captain Steve McLaren (a former skipper of Eleonora the replica of Westward). However while the original Elena was a pure racing machine, her recreation has a luxuriously appointed interior and all modcons as required for a vessel that spends most of her life on charter. 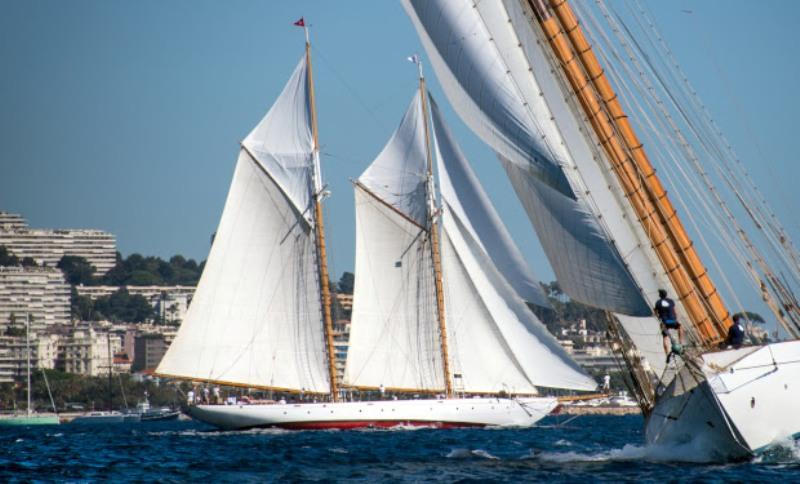 Designed by John Alden, Puritan is one on the few pleasure craft built in New Jersey by the Electric Boat Company, much better known over the last 120 years as a major supplier of vessels ranging from ships to nuclear submarines to the US Navy.

Puritan’s original owner Edward Brown died soon after his new schooner was launched. She was soon sold to Harry Bauer who moved her to California. More than a decade later she was requisitioned by the US Navy who put on coastal patrol out of San Diego to counter the Japanese threat during World War II. Bauer owned Puritan until his death in the 1961 when she was sold to Doyle D.W. Downey who set her up as a charter vessel in the Virgin Islands. Despite subsequently being seized by the Peruvian governing the boat, ultimately returned, refitted to Caribbean chartering in the early 1970s. During the 1980s Puritan enjoyed several custodians and travelled across the globe ultimately ending up on the Cote d’Azur in Italian ownership in 1989.

Sold to her present owner in 2015, Puritan has since undergone a full refit and is today offered for charter by the Classic Yacht Experience.

About the International Maxi Association:
The International Maxi Association (IMA) represents the owners of Maxi yachts from all over the world. Recognised in 2010 as the World Sailing international class of Maxi yachts, the IMA is uniquely entitled to organise officially-sanctioned World championships for Maxi yachts. The IMA now has 60 members from all over the world. The current President of the IMA is Benoît de Froidmont, owner of the Wally 60 Wallyño. Secretary General is Andrew McIrvine, former Admiral and Commodore of the Royal Ocean Racing Club.

The IMA is registered in Geneva, has a base in Porto Cervo and an office in the UK, for rating and technical matters. With two affiliated classes (Maxi 72s, and, since 2017, the J Class) and one associated class (Wally Class) and links to others such as the International Schooner Association, the IMA’s remit is to “guide and structure maxi yacht racing. The IMA rule defines and categorises maxi yachts: it aims to embrace all maxi yachts and as such follows, instigates and encourages developments that are deemed to have a positive effect on the construction and racing of maxi-sized boats.”