Emirates Team New Zealand have put their champion AC50 on the exterior wall of their base in the America’s Cup Village in Auckland.

The AC50 is one of the few left in existence, after several were taken for the Oracle Racing back SailGP circuit and converted to one design Foiling 50’s.

The AC50 is the latest addition to the building as it is transformed from its former role as a conference centre to a base for the defending America’s Cup team. The large glass clad building has been used as a venue for the Auckland On the Water Boat Show, and as The Boatyard for the Volvo Ocean Race.

Part of the building will be set up as a public display area, but currently it is in lock-down as the team – along with the Challenger Super Teams as they prepare to launch their first AC75’s and are in the mid-design phase of designing their second and likely race boat.

The AC50 is one of several America’s Cup yachts from New Zealand America’s Cup teams’ 30 year plus history in the event – which started with KZ-7 in 1987 and covers 12Metres, IACC (multiple versions), AC72, AC50 and now AC75.

The 1995 America’s Cup winner NZL-32 is on permanent display inside the National Maritime Museum on Hobson Wharf.

The Big Boat from the 1988 America’s Cup Challenge is on permanent display in downtown Auckland at the eastern end of the America’s Cup Village location and will be outside the base site for the Luna Rossa Prada Pirelli Challenge.

In the Viaduct Harbour one of the IACC yachts is sailing – NZL60, the 2000 America’s Cup Champion. It is now one of two highly popular charter yachts giving visitors and corporates crews the ability to experience sailing on an America’s Cup yacht – including being able to match race the 75fters.

Work is progressing on the base construction with an update on Sail-World later today. The project is six weeks ahead of schedule and running below budget. 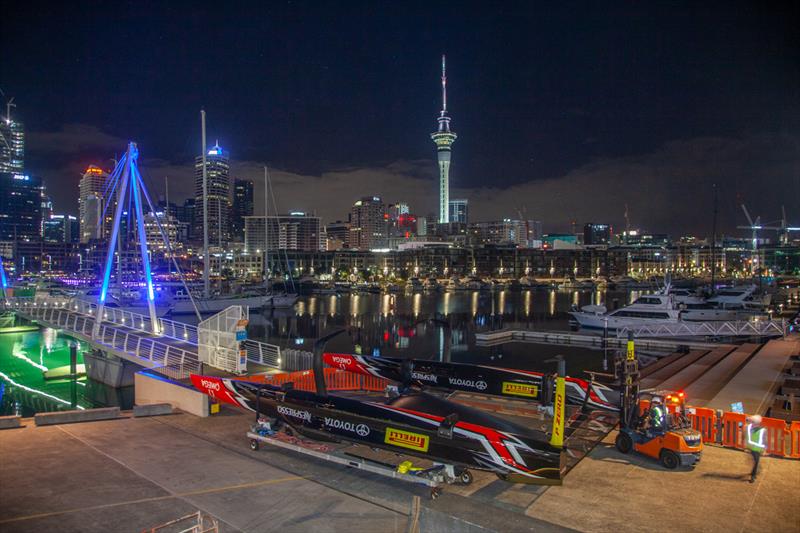 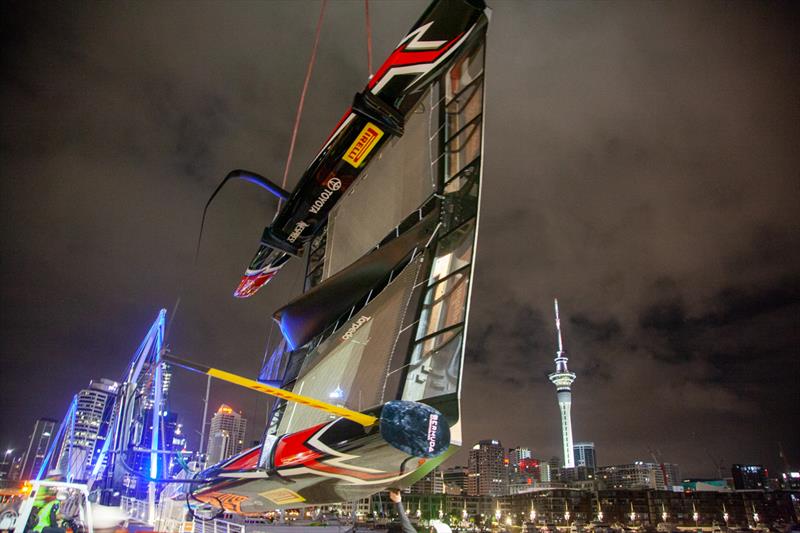 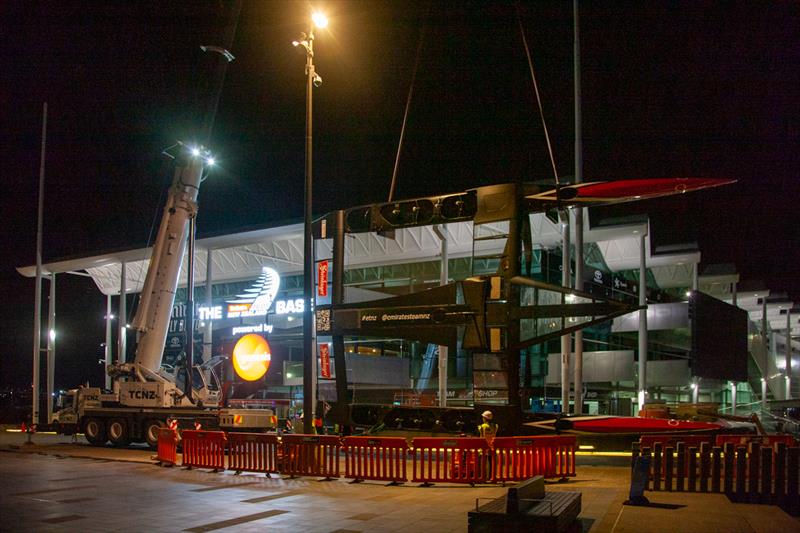 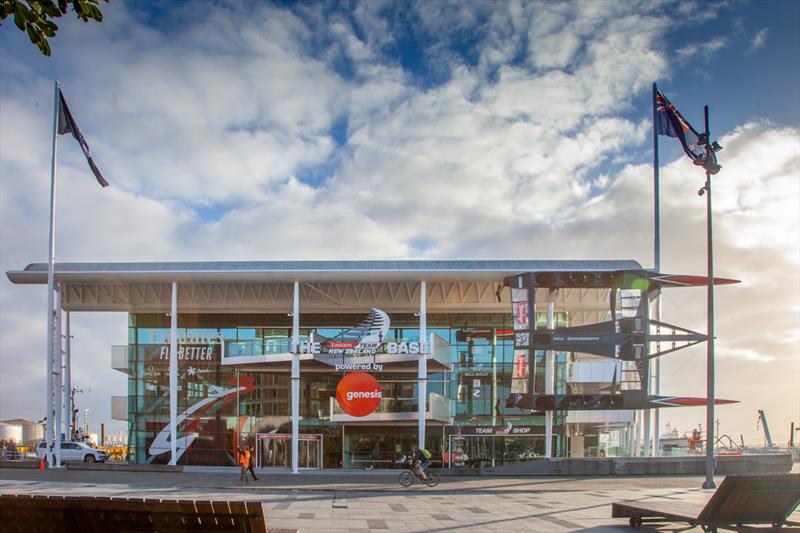 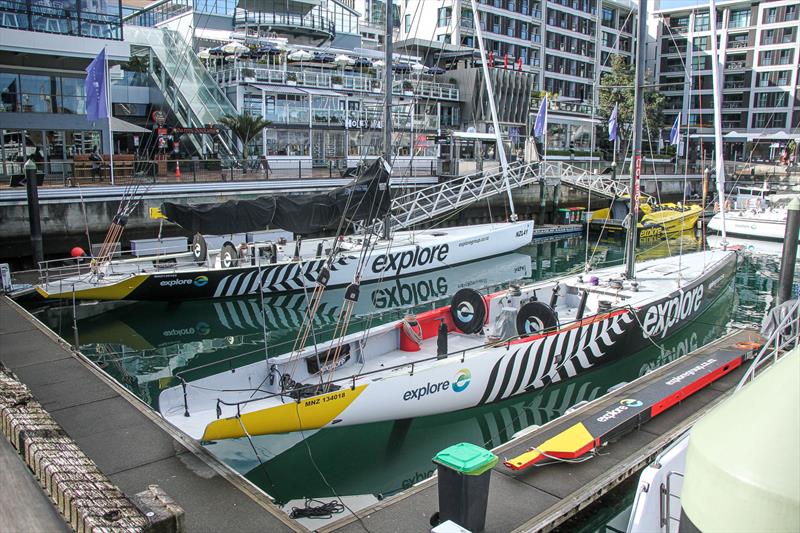 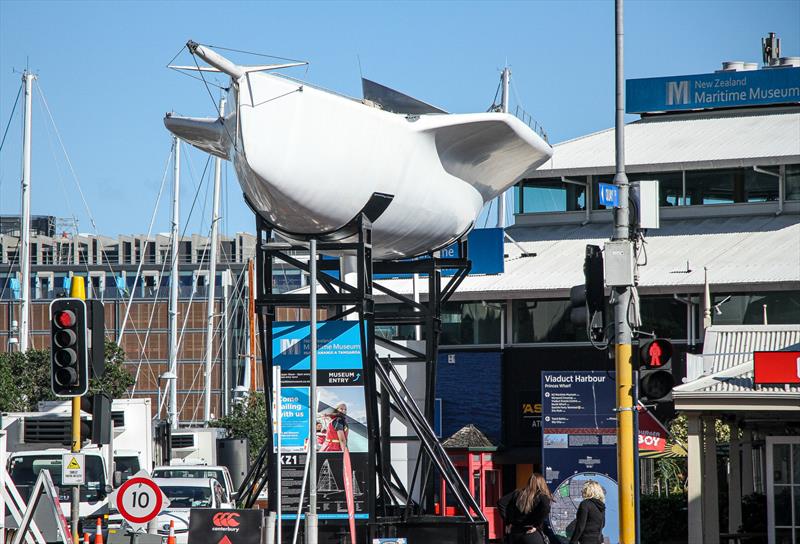