The completed Eagle Class 53 has now sailed in various conditions off St John in the U.S. Virgin Islands.

Finishing touches are completed and she is beginning to sail in her true form. We would really like to shine a light on some of the most incredibly talented but sometimes unsung heroes of the project. Fast Forward Composites not only put together some of the world expert’s in design, they also employ the most exceptional build team. As you can see with these images and video the final product has gone beyond all expectations, thanks to the following:

Wolfgang has over two decades of professional boatbuilding experience. He is a veteran of five America’s Cup campaigns including two victories with Oracle Team USA. Wolfgang was also involved in the construction of the VO70 Il Mostro, and the 100′ VPLP designed Comanche. 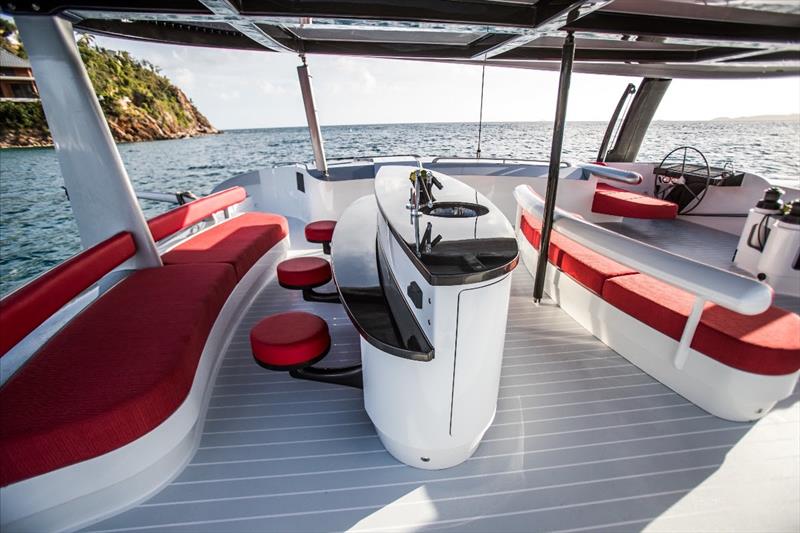 Manuel “Manu” is well respected within the America’s Cup community of designers and builders for his meticulous and innovative approach. His specialty is constructing foils and appendages. Before joining the FFC team, Manu worked for Oracle Team USA and Prada during four consecutive America’s Cup Campaigns including two victories. Ken has over 35 years of experience mast building with Hall Spars including masts for Alinghi, Luna Rossa, and Young America.