J/Boat teams are always a big part of the action at Edgartown Yacht Club Race Weekend, and this year organizers are putting out an all-call to J Fest participants and others who own J/Boats, inviting them to join the fun on Martha’s Vineyard over July 25-27.

The three-day competition starts on Thursday with two days of ‘Round-the-Buoys (‘RTB) racing and finishes on Saturday with a choice of distance races: the traditional 56 nautical-mile ‘Round-the-Island (‘RTI) race and, introduced last year, the 20 nm ‘Round-the-Sound (‘RTS) race.

Sailors can choose to sail on all three days or just in one or the other of the distance races. Either way, there’s something for everyone and something extra for J/Boat teams in the ‘RTI race. A three-boat team, representing any given yacht club and with PHRF-NE rated entries in more than one division, qualifies for first-, second-, and third-place trophies based on best-corrected times. As well, there are top-three prizes for the best individual corrected time out of all J/Boats in the ‘RTI.

As one of the smallest boats in the fleet last year, Ira Perry’s (Padanaram, Mass.) J/29 Seefest won the best-corrected-time J/Boat trophy in the ‘RTI and finished second in his class. Perry has won the race a handful of times since he first sailed it in 2001 and has only missed a few years of competing here.

“It’s just spectacular scenery, some of the most beautiful in the area,” said Perry, “and the race is always tactically challenging, especially in light air when you need to concentrate on keeping the boat moving, but last year there was plenty of wind, and we were in by 4 p.m.” 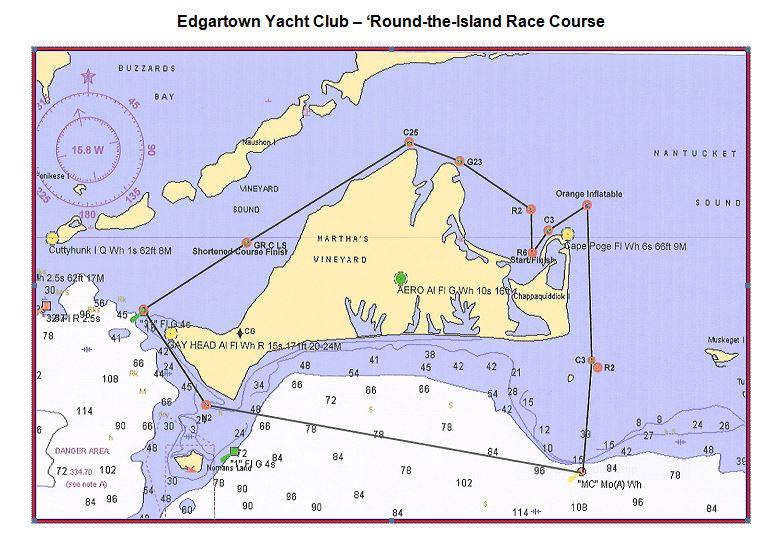 Perry added that, as always is the case, the weekend will double as a getaway with his wife and kids, and this year he’s considering joining the ‘Round-the-Buoys racing if his crew can come in early.

“Edgartown Yacht Club runs a great regatta, and they work hard to make the experience the best it can possibly be,” said Perry. “The organizers are very accommodating, and they ask for and listen to feedback, making changes according to it. You don’t see that happening too often with other regattas.”

Other J/Boat skippers signed up for the ‘RTI are Edgartown Race Weekend veterans and past winners Ed Dailey and Richard Egan, entered, respectively, with the J/109 Raptor and the J/46 Wings.

Brand new to the event will be Daniel Heun (Franklin, Mass.) skippering his J/122 Moxiee in both the ‘Round-the-Buoys races and the ‘Round-the-Sound race. Huen has had his boat since 2014, having progressed from owning and racing a J/24 to a J/29 and then a J/105.

“When you want a new boat it usually is bigger than the last one,” said Heun, “and this one (hull #85 at 40 feet) is fit for cruising, with cherry joinery below, a refrigerator, etc., so the first couple of nights we’ll stay on it on the mooring, and then I’ll move ashore when my wife and daughter come in on Friday.” 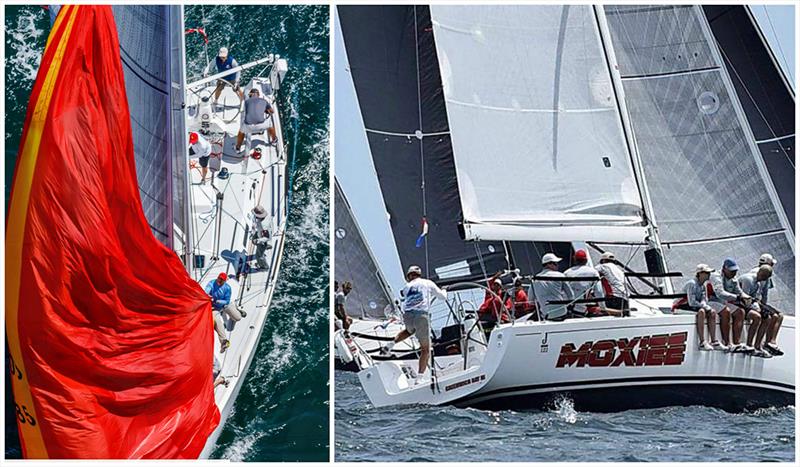 Heun, a veteran of the Chicago to Mackinac Race, Newport to Bermuda Race, Block Island Race Week and other “racer’s races”, says he and his crew try to choose at least one weekend regatta each season where the families can be part of the fun.

Edgartown Race Weekend is perfect, because it’s a long weekend instead of a week, and it’s in July, so it’s warm,” said Heun. “We’re planning on having good days of racing on Thursday, Friday and Saturday while our families enjoy the beaches and shopping, and then we’ll have good dinners ashore with them each evening. We debated doing the ‘RTI, but with the ‘RTS we’re assured of getting back by late afternoon, and we’ll still be able to enjoy Edgartown after racing.”

Edgartown Race Weekend divisions are for IRC, ORC, ORR, PHRF-NE (including Spinnaker and Non-Spinnaker), Classic, One-Design, Multihull and Doublehanded boats. ‘RTI/’RTS and ‘RTB are scored separately, with top-three prizes awarded in each class.

A Mount Gay-sponsored “Jump-Up” party on Friday night (July 26) and awards on both Friday afternoon and Sunday morning (July 28) round out the schedule.