Peter Morton was grinning from ear-to-ear after racing today, and well he might. His FAST40+ Girls on Film has been in outstanding form, scoring a perfect six bullets during two days of racing.

With the final day still to go, Girls on Film is assured of winning Round 3 of the FAST40+ Circuit. 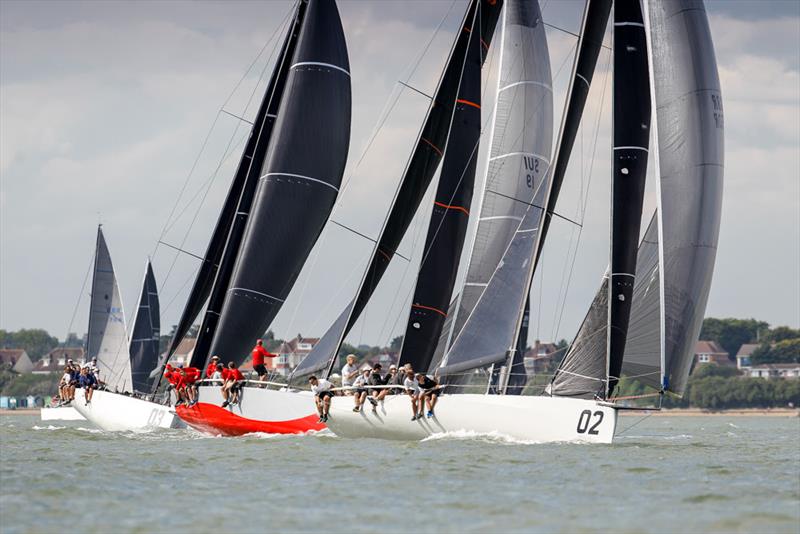 Tony Dickin’s Jubilee put in a great performance on Day Two, racking up a 3-2-2, to move up to second place on countback from Ed Fishwick’s Redshift. Niall Dowling, at the helm of Arabella, had a much better day, posting a 2-3-4, to tie on points with Filip Englebert’s Elvis. With two races scheduled for tomorrow, there are just four points between second and fifth in the FAST40+ Class.

FAST40+ Race Director, Stuart Childerley, kept the fleet ashore waiting for a sea breeze to develop. With uncanny anticipation, perfect conditions arrived in the Eastern Solent, just after the race team had set a course off Hill Head. Two windward leeward courses, in flat water and 16 knots of breeze, had the FAST40+ fully arced-up on the beat, and belting along downwind. The final race of the day featured a reaching start, adding to the heady mix of superb conditions and thrilling racing. 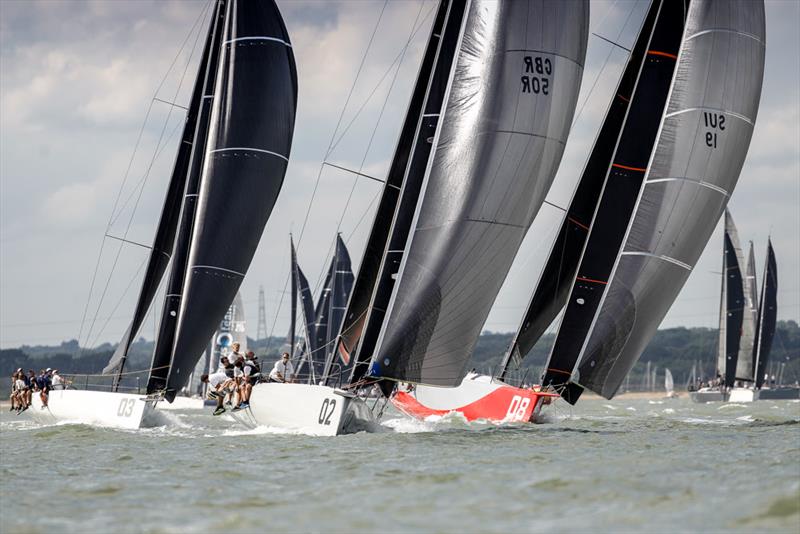 Jubilee was the biggest climber today, owner-driver Tony Dickin explains why. “Jubilee goes better in stronger breeze so that really helped today,” commented Tony Dickin. “This morning the weather looked like we would not be racing today, but by the afternoon it was just glamorous 12-15 knots in bright sunshine, it was just perfect. Our team had a much better day than yesterday, and some of that was down to getting together for a good chat about concentration and focus. As a result the crew work was very slick today. Congratulations to Girls on Film, Morty and the team have put in an outstanding performance. We did get into a good tussle with them in Race 6 but they just nicked it at a bottom mark and pulled away.” 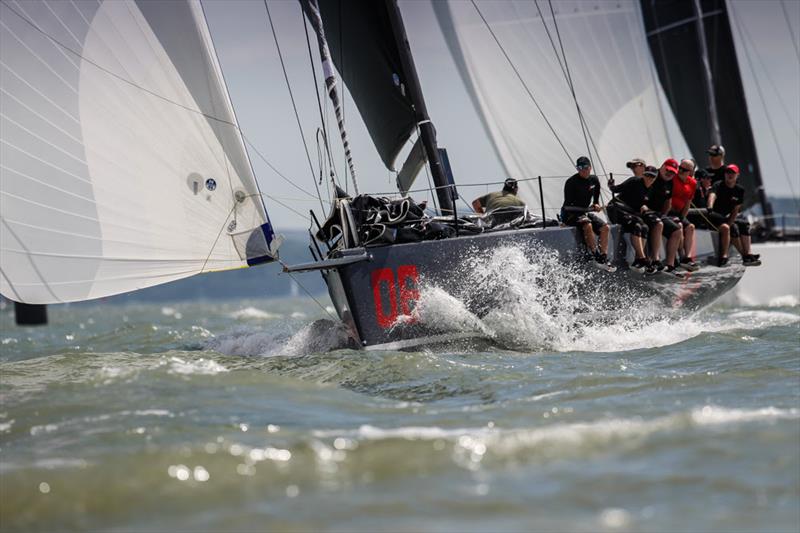 After a ‘shocker’ on Day One with Arabella copping three penalties, Niall Dowling’s team had a great second day at the regatta. “On the first day I think we were trying a bit too hard, and to be honest our opening day could not have gone a lot worse. However, today was fantastic, we had blown away the cobwebs, and hard racing in flat water and sunshine in T-Shirts and shorts was superb. Personally, I have spent a lot of time racing heavier boats, and when we were speeding along as fast as the wind with close competition, it was a huge amount of fun, and I know the crew are really looking forward to getting out tomorrow.”

Racing concludes on Sunday at the RORC IRC National Championship – Round 3 of the FAST40+ Race Circuit. 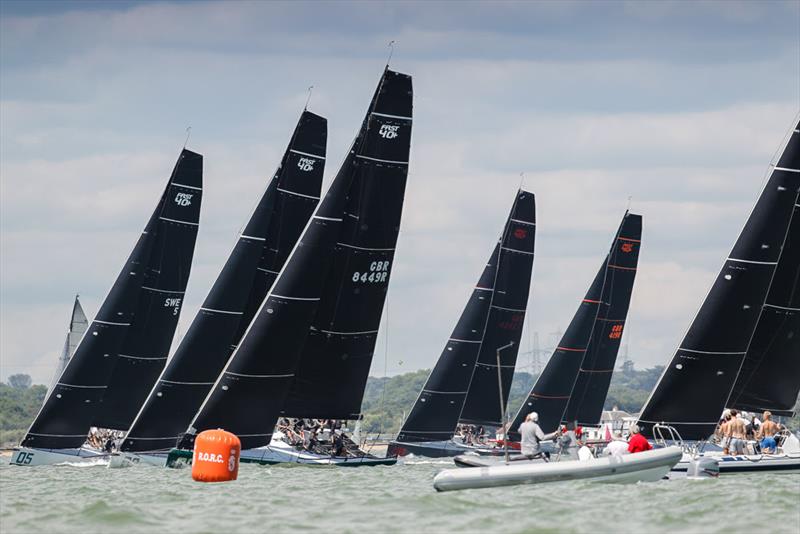