With the GC32 flying catamaran racing circuits this year amalgamated on the GC32 Racing Tour, so at least 10 teams, including the GC32 teams from the Extreme Sailing Series, are due to compete on this season’s five event circuit that takes in some of the best sailing venues in Italy, Spain and Portugal.

Participating on the circuit will once again be many of the world’s best sailors, including Olympians, Volvo Ocean Race winners and America’s Cup sailors – both past and present and a more or less equal split in the fleet between pro helms and amateur owner-drivers. For owner-drivers the GC32 represents the rare opportunity to experience state-of-the-art foil borne racing, similar to that seen in the last two America’s Cups, together with 30+ knot boat speeds, but with standardised gear and for a fraction of the cost.

Owner-drivers, who typically sail with a professional crew, as usual will have their own Championship running concurrently with the overall results and will receive their own prizes both at individual events and for the whole Championship.

In 2018 American Jason Carroll’s Argo finished fifth overall, but won the Owner-Driver Championship in a season that saw four different owner-driver teams claim this prize at individual events. The competition between the owner-drivers was spelled out at the end of the season when Argo came out on top, but a mere point ahead of Erik Maris’ Zoulou, in turn just two ahead of Simon Hull’s Frank Racing from New Zealand. 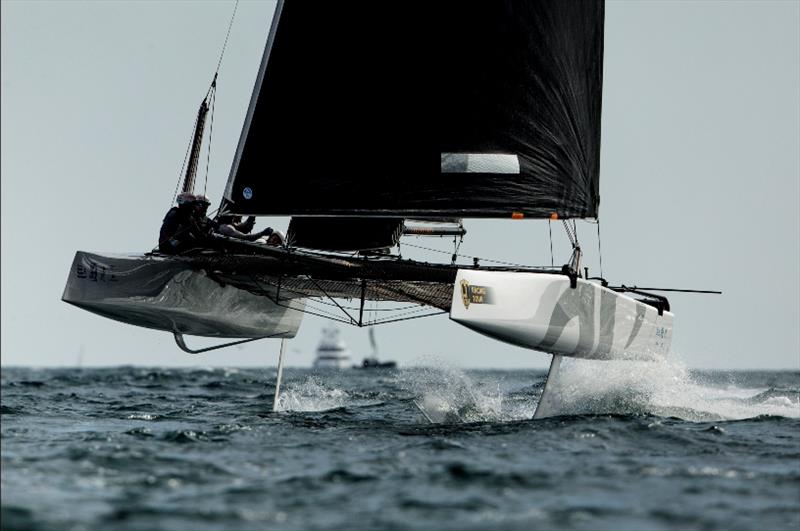 This year will be Carroll’s fourth full season in the GC32 after first acquiring his boat in 2014 and trying out the GC32 Racing Tour for the first time in Cowes the following year. Since signing up to the circuit full time, the two time Melges 32 World Champion has claimed the Owner-Driver Championship in 2016 and was second overall in 2017, when he won his first event outright in Villasimius, Sardinia.

For 2019, there will be some modifications to the Argo crew. Former America’s Cup skipper, and now one of the most experienced foiling sailors, France’s Sébastien Col steps into the tactician’s position while the other new recruit is Nick Hutton, long term crewman for Ben Ainslie’s America’s Cup challenge, INEOS Team UK. They join regular ‘Argonauts’ – former Luna Rossa America’s Cup crew and Extreme Sailing Series winner Alister Richardson and Scott ‘Chuck’ Norris, with Anthony Kotoun taking on coaching duties.

Carroll commented: “We’re looking forward to the new look of the fleet this year and the increased level of competition. Pair that with some of our favorite venues, and 2019 looks to be the best season yet. We can’t wait to get flying again!”

Switzerland has a long illustrious history in the GC32 class with teams such as Alinghi, Realteam and Team Tilt. Joining the circuit for 2019 will be a new Swiss campaign in Black Star Sailing Team. This has been masterminded by former A-Class catamaran sailor Christian Zuerrer with the assistance of former Armin Strom Sailing Team skipper and renowned Olympic Star sailor Flavio Marazzi.

Zuerrer is getting back into sailing after a hiatus for a few years. “I was looking around at what were good opportunities for a multihull sailor and the only boat I found that was suitable was the GC32,” he says. A trial run on the flying catamaran last year was enough to get him hooked again.

For this season Zuerrer has chartered the GC32 of Marazzi, who will be helming while Zuerrer calls tactics and trims the mainsail. They are joined on board by Florian Trüb, who is part of Alex and Sébastien Schneiter’s Team Tilt squad and Adam Kay and Will Alloway, who campaigned INEOS Rebels on the Extreme Sailing Series’ last GC32 season in 2018. Coaching the team is Andrew Walsh.

To get up to speed, Zuerrer and his Black Star Sailing Team crew have already been training in Port Camargue in the south of France. They will follow this up with an informal GC32 training camp that will take place over the Easter bank holiday in Villasimius, where the first event of 2019 GC32 Racing Tour takes place over 22-26 May.

“I think the GC32 is great,” says Zuerrer. “It is a like a huge A-Class catamaran only with a jib and genniker too. The boat reacts like an A-Class so you have to steer really carefully and of course it just makes it fun to sail.” Already in training they have hit 31.4 knots.

Zuerrer says his commitment to the GC32 is long term and it is likely that in the future he will take over the helm. One of the aims of his campaign is to train up young Swiss sailors.

Further team announcements will be made over the next weeks. 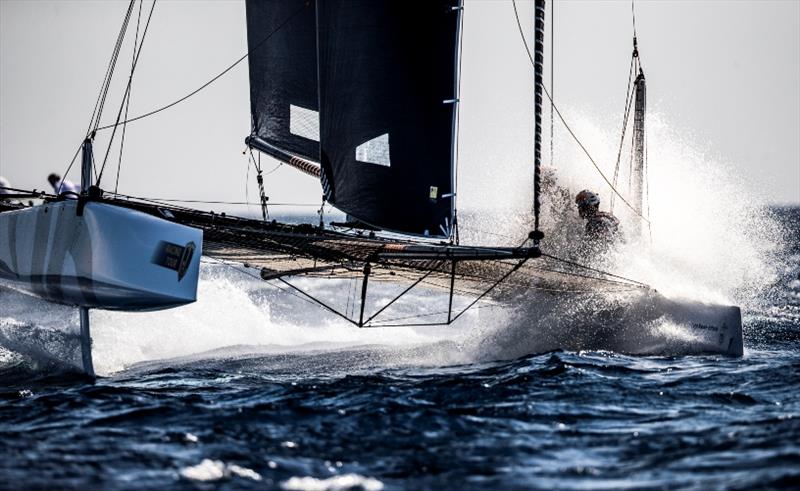