The opening day of the GC32 Villasimius Cup, the first event on the 2019 GC32 Racing Tour saw a stiff southwesterly buffeting the ten GC32 catamarans while moored in the Marina di Villasimus as their crews prepared for the season’s first encounter.

Unfortunately once out on the water and preparing for the 1300 CET start the wind went through a 180 degrees and dropped, now coming from off the shore. Mercifully this wind stabilised itself for long enough to get one race completed and a second started.

In the former the majority favoured the left hand, inshore side with INEOS Rebels UK and Red Bull Sailing Team winning the pin. It was only the Phil Robertson-helmed ChinaONE Ningbo that tried the right, at one point looking in good shape. At the top mark it was a confident-looking Ben Ainslie and his INEOS Rebels UK that rounded first.

“Getting around that left turn first was key to the race,” admitted INEOS Rebels UK tactician Giles Scott, who last week claimed his third Finn European Championship title (in addition to his Worlds title and Olympic gold from Rio 2016). “Things got a little bit tight on the next beat with Oman Air and NORAUTO getting lifted inside.”

Nonetheless the British America’s Cup team held on and finished with a comfortable lead. 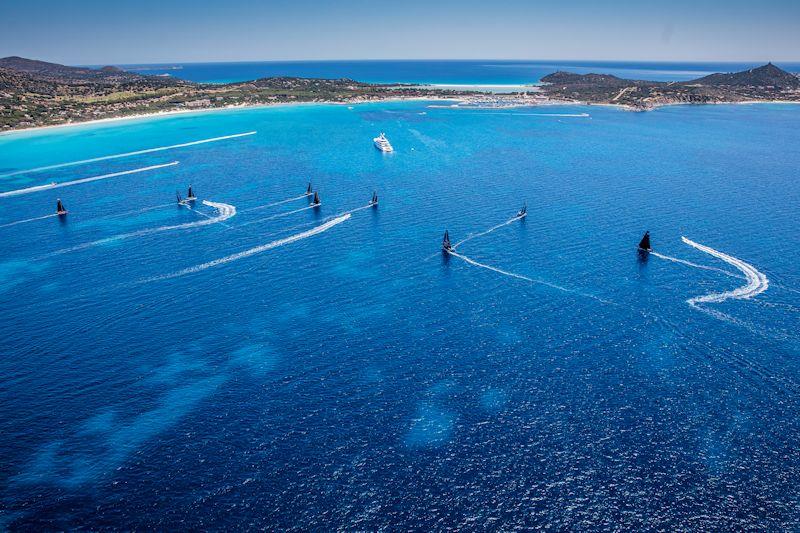 Already for the second race, the wind was turning light and funky. In this Ernesto Bertarelli steered Alinghi around the top mark in first followed by Oman Air. Sailing into pressure down the run the two time America’s Cup winners extended and onto the next upwind their lead seemed unassailable. Unfortunately the chance to get their first point on board evaporated when a massive right hand wind shift forced PRO Stuart Childerley to abandon the race.

As Alinghi’s mainsail trimmer Arnaud Psarofaghis put it: “It’s always frustrating when you are leading and the racing is cancelled, but it was fair enough after a big 90 degrees shift.”

Of the opening day he said: “It was really tricky, but we had a nice first race – it’s good to start a regatta like that. We made a few mistakes, but overall we are happy with our boat speed.” 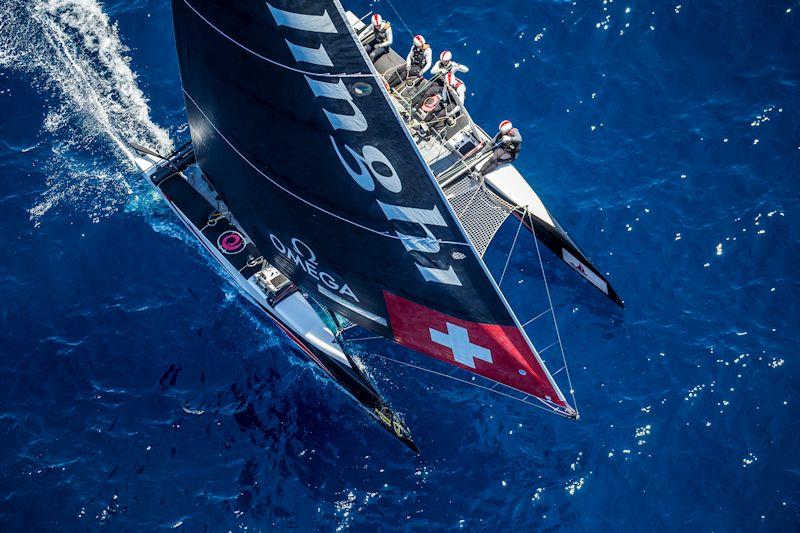 “It was frustrating because the forecast for today was good,” admitted NORAUTO skipper Franck Cammas, the GC32 Racing Tour’s defending champion. “The race committee tried hard to get in some racing, and we waited a long time on the water, but that’s part of the game. We had a good fight with Ben (Ainslie INEOS Rebels UK) and Adam (Minoprio Oman Air) – we had to do a big luff because they gybed just in front of us when we were on the lay line, but we didn’t make any big mistakes.”

Prize for the most improved team must go to Federico Ferioli’s Código Rojo Racing from Argentina, which finished fourth in today’s race and was holding third in the second.

Giles Scott agreed with the race committee’s decision to cancel the second race. But regarding tomorrow’s forecast he warned: “It is similar – with a decent cloud of uncertainty!” 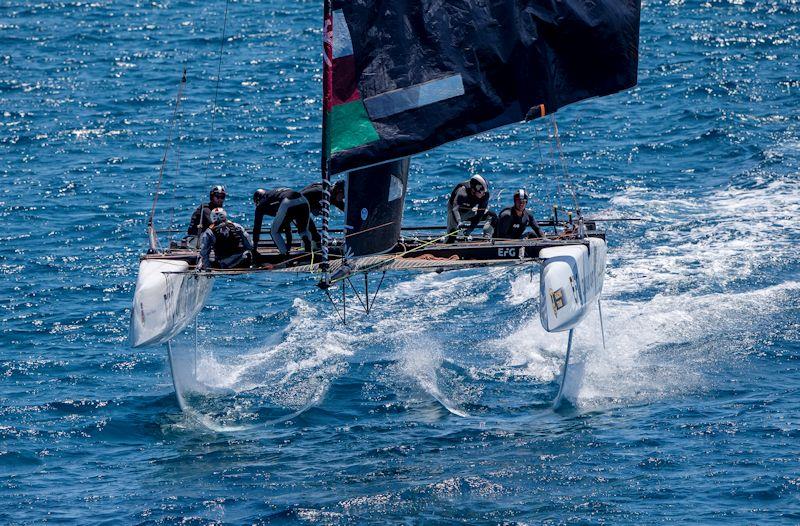