Les Sables d'Olonne in sight! One and All reaching down towards the finish line under a reefed genoa - Golden Globe Race, Day 252 © Jane Zhou / GGR / PPL

Thousands lined the river entrance to catch a glimpse of this quiet spoken 56 year old Estonian solo circumnavigator and his boat.

Waiting for him at the dock was his wife Maibi and young twins Thor and Orm who were born shortly before his departure, together with the family of fellow circumnavigators who he had kept each other going through good times and bad over the radio. Winner Jean-Luc Van Den Heede was one of the first to shake his hand followed by Dutchman Mark Slats, and two who were rescued in mid-ocean, Loïc Lepage and Susie Goodall.

After almost 252 days at sea, all he had left in his larder was three packets of powdered soup, and he grabbed the pizza offered to him with both hands. The champagne was also something to savour, but before quaffing a drop himself, Uku thanked God for his safe return and poured some in the water, then thanked his boat One and All, sprinkling more on the mast and saved the biggest amount for his 2nd crew-mate – his Hydrovane self steering before passing it round his fellow GGR skippers.

Talking about his diet he said: “I think I must have lost at least 20kg. By Hobart, I knew I was going to run short of food so I divided up what I had left by two…and then I divided it by two more. I had two meals a day; a freeze dried dish and a cup of soup, but it has been very good for my health. If I did physical work, I got tired early, but it was not a major problem.”

“The hardest part of the voyage was lack of wind. I was stuck in the St Helena high pressure system for more than a week. My biggest worry was keeping the boat in one piece. I was worried that if something broke I might not be able to finish the race” 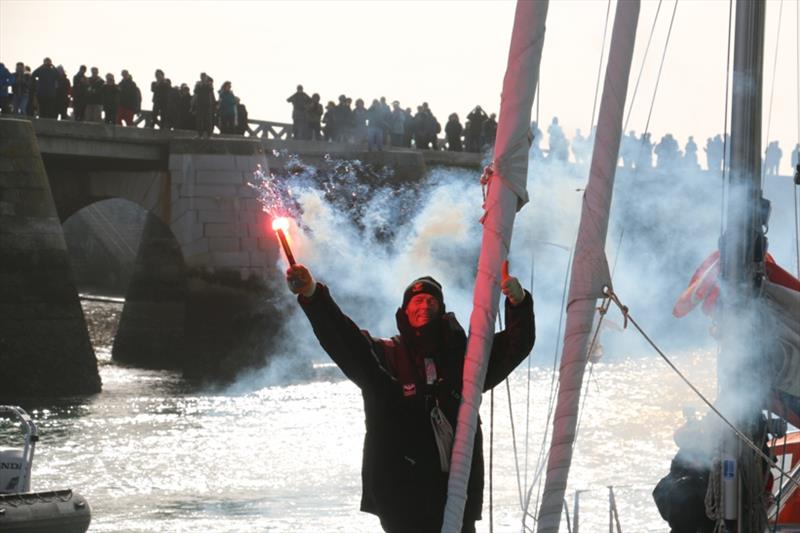 Another reflection on the voyage was the amount of rubbish in the oceans. “The biggest pollution – mainly plastic – was after rounding the Cape of Good Hope. There were streams of it in the ocean. At one time time I came across a door and on another occasion, a complete tree. If I had hit that, I think my steering would have broken.”

What did he enjoy most? “Oh, the Southern Ocean: the waves, the loneliness. The waves were amazing. I watched them for hours and everyone one was different.”

Barnacles were a continuous problem. “At Hobart, someone said ‘I have good and bad news for you Uku…The good news is that you could cut 10 days off your voyage time. The bad news is that you have to clean the bottom yourself!’ “It was quite scary to see your boat from outside. The waters were round 6 degreesC. I wore my survival suit but it was very buoyant so I had to put lines under the keel and pull myself down to scrape the hull.”

“This was my biggest dream in life and I am very, very happy to have realised it…And for that, I have to thank my wife.” 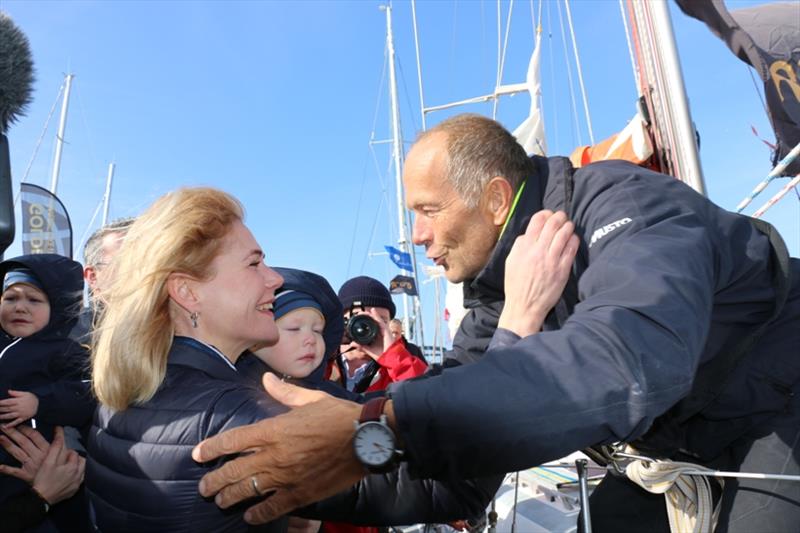 Randmaa rounded the Cape of Good Hope in 5th place, and moved up to third in the harsh conditions experienced in the South Indian Ocean that led to the rescue of three other competitors, Indian Abhilash Tomy, Irishman Gregor McGuckin and Frenchman Loïc Lepage. The Estonian was in 3rd place by the Hobart film stop and maintained this position to the finish despite a 72 hour penalty he received on January 20 for private routing information gained from a ham radio operator.

Fourth placed American/Hungarian Istvan Kopar is now within 950 miles of the finish and is expected to reach Les Sables d’Olonne on March 18-19. 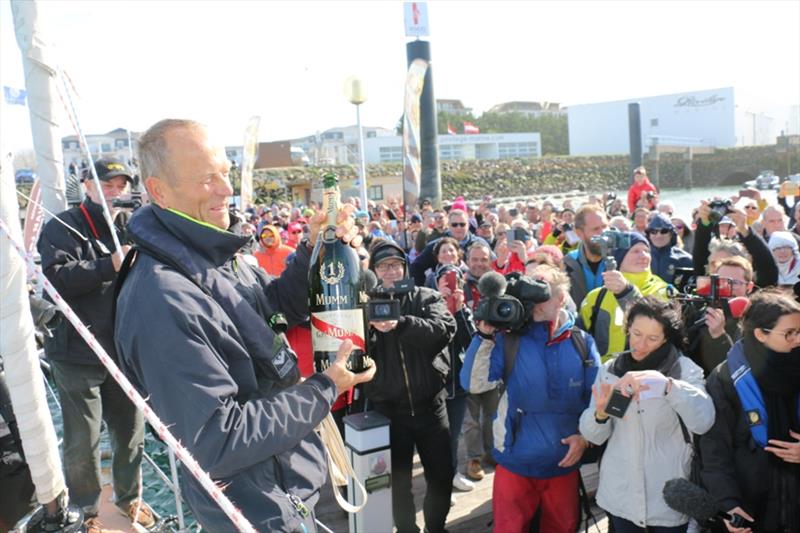 The 2018 GGR prize giving in Les Sables d’Olonne is set for April 22 – the day that Sir Robin Knox-Johnston completed the first solo non-stop circumnavigation 50 years before. 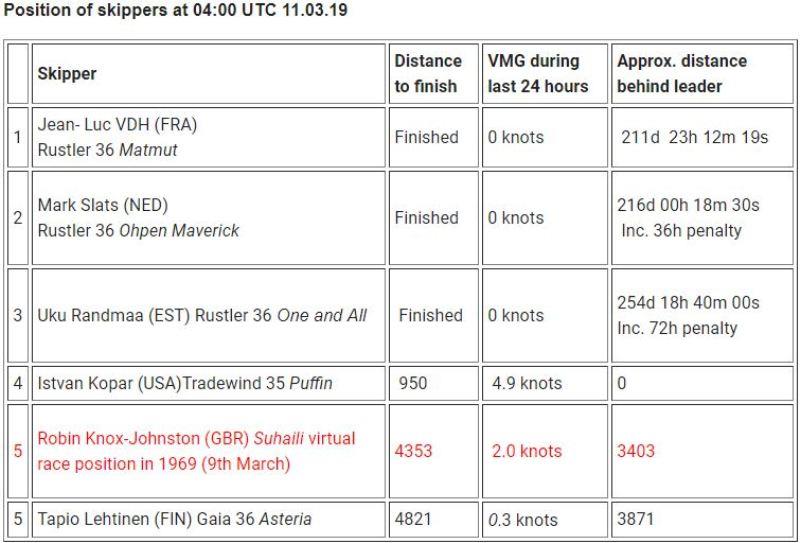