An AP on shore delayed this morning’s start but the wait wasn’t too long and just over an hour later the AP was down and the sailors headed out to their rides for the final day of racing.

The delay was a good call, as come start time the wind had picked up and was blowing a resectable 8-10 knots. It lasted through the afternoon and ensured all classes got in a number of races on the final day and wrapped up a successful series for all the classes.

IRC Racing 1 was already a foregone conclusion come today but it was great to see the two TP52s, Team Hollywood (AUS) and THA72, out on-the-water and racing hard. Having been a long-time supporter of the Top of the Gulf Regatta, Ray Roberts brought his ‘new’ TP52 this year to take on Kevin and Tom Whitcraft’s Thailand-based THA72. They finished the series undefeated and in the process stopped THA72 from securing a third win in four years.

With a number of Thai ex national team sailors onboard and 2010 World Optimist Champion Noppakao Poonpat at the helm, THA72 have taken it upon themselves to support local talent and are providing a much needed bridge from dinghies to big boat racing for Thai sailors.

As the winds softened and the races got shorter in IRC Racing 2, Fujin (AUS) came into their own. They put together a string of seven wins from the last seven races and with that, won the class. Tenacious (AUS) performed better in the long races at the beginning of the series, but kept Fujin honest throughout, finishing second overall ahead of Lawana (THA) who claimed third on count back from Ink Zone (AUS).

After a slow start to the series, Team Spray (JPN) found their sweet spot and strung together a series of firsts and seconds, finishing today with a 1,2 scoreline and top the standings. MoonShadow2 (GBR) enjoyed the stronger breeze earlier on in the regatta and had to settle for second overall with SailQuest Hi Jinks (USA) in third. 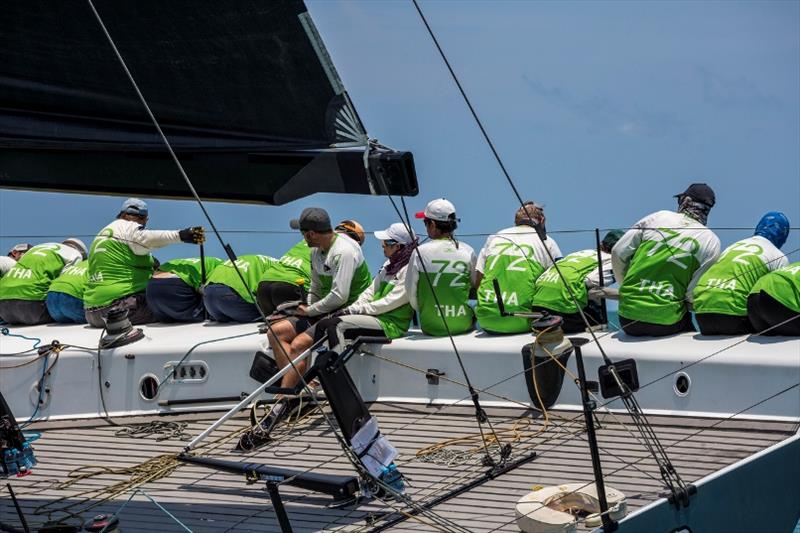 Platu class traditionally delivers some of the closet racing in the regatta, and this year did not disappoint with just seconds the deciding factor in many of the races. Of the 12 Platus competing this year six made the podium but it was Chris Way’s Easy Tiger V who put in a dominating performance finishing with six firsts and three second places in the 12-race series to win by a whopping eight points.

A single race for the Multihulls and another bullet for Bob Garner’s BladeRunnerIX (GBR) saw them finish their series with five wins from six races and a comfortable class victory. Sonic (THA) placed second overall with a string of second places beating out the French entry, Edenko.

Known for the Optimist class and support of youth sailing in Thailand, the 15th Top of the Gulf Regatta saw more than 80 youngsters split into Gold and Silver fleets, compete in the new Thailand Optimist Open Championship. Four races for both fleets turned the final day into a marathon and resulted with all competing a 10-race series.

Losing his way a little in the middle of the regatta, Panwa Boonak (THA) bounced back today with a 9 (his drop), 2,1,1 to win comfortably. Second place went to Bowonnan Chanram (THA) who edged out M.L. Weka Bhanubandh by a point, who had to settle for third overall.

In the Silver fleet, Pitipoom Jaroenpon (THA) dominated with a 23 point winning margin from Supakan Kerdsakul (THA) in second and Amonwan Aphiwatudomkun (THA) just three points further back in third. 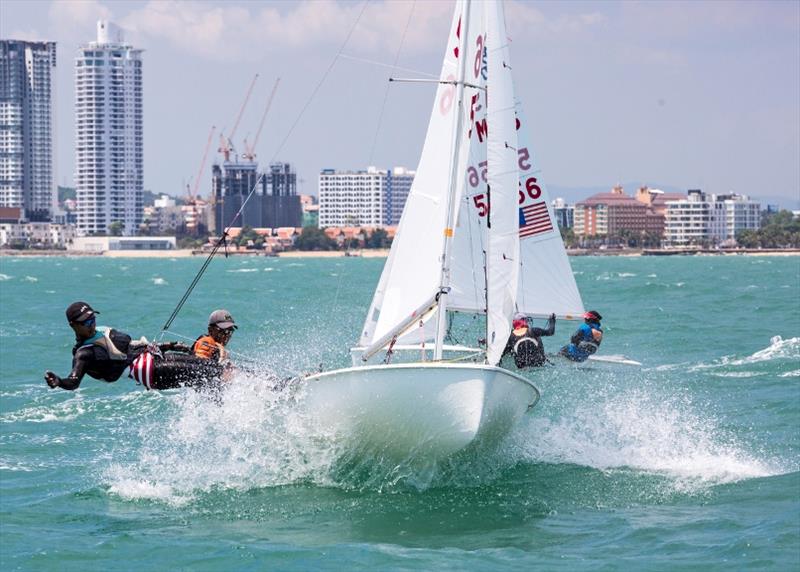 Three races for all the dinghy classes (8, 9, 10, 11) today wrapped up their series and in Class 8 a 1,3,2 on the final day was enough for Albert Nazarov (RUS) to claim the title ahead of Ralf Donner in second and Apichart Tongmak in third.

Ahmad Latif Khan B.Ali Sabri Khan (MAS) finished strong in Class 9 with a 2,1,1 to take the title ahead of fellow Malaysians Nur Shazrin Mohamad Latif in second and Israr Hazim B.Ismail in third.

The RS:One class was similarly dominated by Ilham Bin Wahab (MAS) who win seven of the eight races. Muhammad Izzudin Bin Abdul Rani (MAS) finished his series in style with a win in the final race to secure second place ahead of Darron Chin Hui Jie (MAS) in third.

Twelve radio controlled yachts competed in the IOM RC Yachts class at this year’s regatta and completed an impressive 27 races over two days. With four discards allowed, Dean Martin had the edge and finished with 73 points to top the standings and claim the winners prize. Second place went to Kosit Kanithadis who won on count back, tied on points with Waranan Yusanon who had to settle for third place overall.

Full results for all races in all classes are available.

The 16th Top of the Gulf Regatta will take place 1st to 5th May, 2020 at Ocean Marina Yacht Club.

For more information about the 2019 Top of the Gulf Regatta Presented by Ocean Marina: