The forecast shows 10-15 knot southerlies for the first two days, tending east then north-east by Thursday, combined with a top daytime temperature of 39 degrees on the final day as the summer heat returns to the southern state.

David Aplin’s Tasmanian Mbd 36 Whistler has made its way from its Launceston resting-place, following the post-Christmas Melbourne to Hobart race, to the shores of St Kilda where the younger inshore crew will reconfigure the 36-footer for three days of short course racing.

“We mainly focus on offshore sailing so it’s a big difference for us; the championship will require a big adjustment,” Aplin said. “We’ll be keeping an eye on our local boat, Philosopher, and Bruce Taylor’s Chutzpah38 plus the Adams 10 Serious Yahoo. We haven’t raced much against the Melbourne boats other than the Cock of the Bay where we took out second.”

From a spectator point of view it will be hard to go past the battle of the TP52s, short by one following Zen’s withdrawal after early gear breakage in the Rolex Sydney Hobart left owner Gordon Ketelbey without a working rig.

Now a four-way TP52 contest, it’s likely to come down to Matt Allen’s defending champion Ichi Ban and Marcus Blackmore’s Hooligan, given the crew pedigree and level of inshore racing the two Sydney teams have devoted over the past 12 months.

Among the multihulls, skipper Geoff Floyd has upgraded since last January’s AYC in terms of design while downgrading in waterline length. His latest Corsair Sprint 750 is a newer design, lighter with less cabin space but equal in speed to him and wife Lisa’s previous Corsair 28.

“Tiger is a Corsair Sprint 750 production trimaran from Corsair Marine which is more of a day boat,” Geoff said. “We’ll sail three up with Lisa and another chap from Hastings Yacht Club, Shaun Fishley.

“In terms of training it’s been a difficult winter on the western port bay with our club winter series either blowing a gale or a drifter. A bit more fine-tuning would have been ideal but we are all experienced in this sort of boat. We’ll fine-tune as we go.” 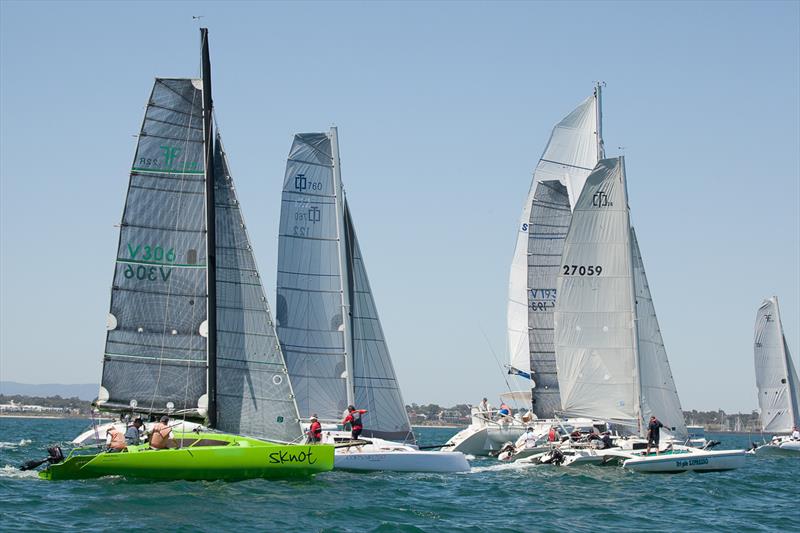 There will be a great Hastings Yacht Club battle among the smaller multihulls with Tim Pepperell’s almost identical Bare Necessities and Craig Uthank’s Farrier F22r SKnot in the same division.

The Australian Yachting Championship comprises up to eight windward/leeward and passage races for the IRC / ORCi series and six races for multihulls. The race officer is the very experienced Kevin Wilson and racing is due to commence daily with a 1025 hours warning signal. 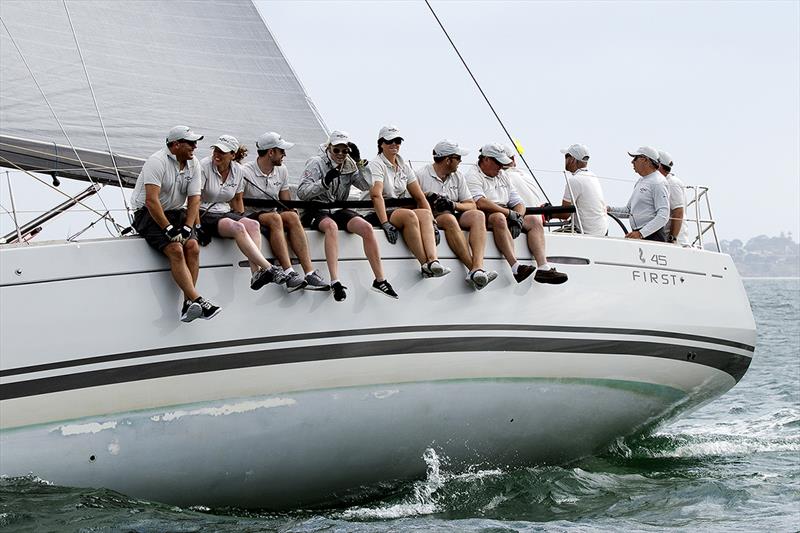 From Port Phillip east, some of the championship fleet will head north to Williamstown for the start of the Festival of Sails’ Melbourne to Geelong Passage Race on the Australia Day morning, January 26 – the largest single mass start of a yacht race in the southern hemisphere with close to 250 keelboats and multihulls expected.

For the second consecutive year Victoria is hosting Australian Sailing’s primary big boat championship, which was the IRC Australian Championship and before that the Australian Keelboat Championship. See the full history here. 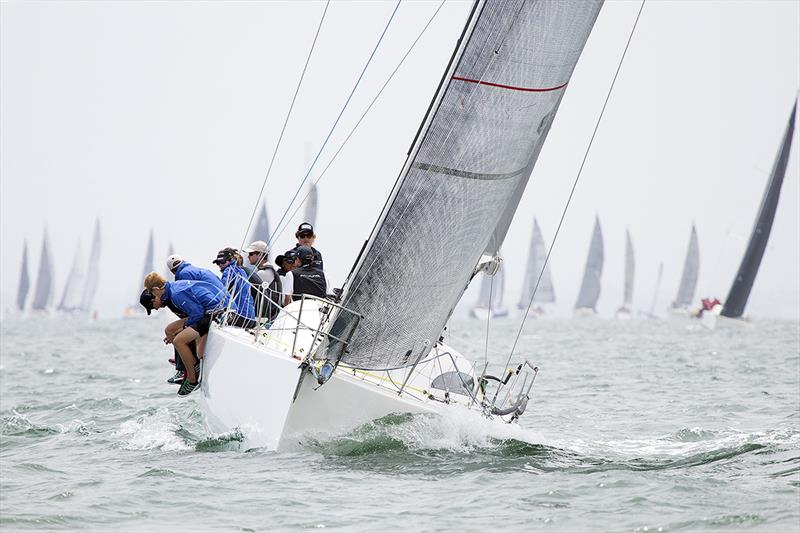 The plan for the 2020 AYC is for Tasmania to host the series on the Derwent River soon after the 75th anniversary Rolex Sydney Hobart Yacht Race.