There was plenty to play for on the first day of the 2019 Helly Hansen NOOD Regatta San Diego (March 15-17). Friday’s action was focused on the regatta’s San Diego Bay course with four races conducted by the Coronado and San Diego Yacht Club race committees. Nearly 130 teams are racing this weekend.

Raab’s team includes close friends Rob Lindley, Kelley Jane Paradise and Erik Lidecus. With winds shifting throughout the day, Raab and his teammates had to focus on their competitors and their positioning on the racecourse.

“It was a pound the paint kind of day,” Raab said. “We had to sail through some lulls to get to the next puff. If we over-tacked the boat, it was a problem and the sides would tend to get us. We had to be patient, that’s for sure.”

Whenever an amateur team outshines professionals, it’s a sign of the fleet’s depth. As a winner of 43 national championships, Raab’s career has been nothing short of prolific, but he still leans on the professionals in the fleet for advice.

“[Pro sailor] Willem Van Waay was super helpful this morning,” Raab said. “He scrubbed the bottom of my boat and told me my rig was too loose, so we developed a new base setting and that speed difference was super helpful.”

In the Viper 640 fleet, Mike Pentecost, of Rancho Palos Verde, California, dominated the 14-boat fleet with three race wins. Pentecost was the NOOD Regatta’s overall winner in San Diego in 2018, and he’s looking as the early favorite in the Viper 640 class.

“We had a perfect start the first race and led wire-to-wire,” Pentecost said. “In the second race, we were mid-fleet and then just ground our way all the way to the top. In the end, looking up the course for pressure [wind] and staying close to our competition was key. I find South Bay is a challenging place to sail. Like last year, we had some big wind shifts, so we really had to be on top of it.”

Like many of the nation’s Viper sailors, Pentecost and team are preparing for the Viper 640 World Championship, to be hosted by Alamitos Bay Yacht Club (California) in August.

“We’re excited to have the Worlds on the West Coast,” said Pentecost. “I’ve been back east a few times, and they have some really incredible sailors out there, with much bigger fleets. So, it’s always interesting to see where we’re at out here in California. I think some of the East Coast guys will be surprised at how fast we are, come August.” 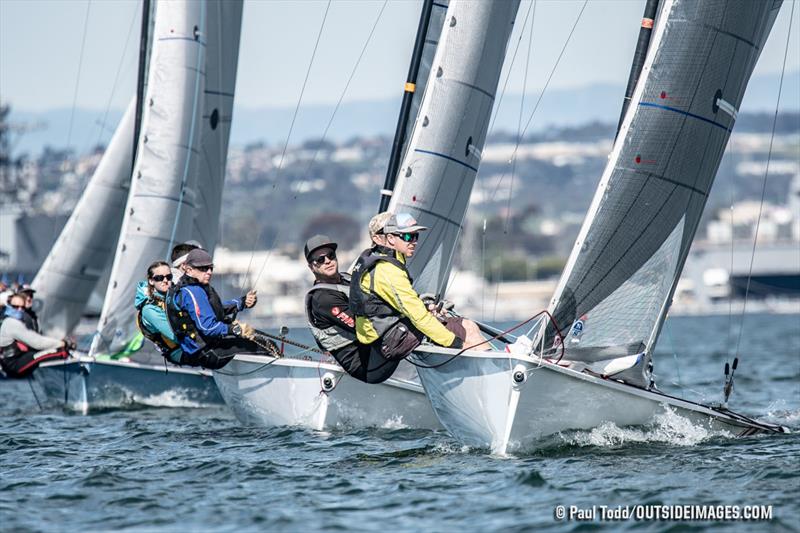 “The boats are super fun and very responsive,” said Field, who acknowledged the new boat is challenging to sail. “This is sailor’s boat.”

One of the challenges of a new class, he said, is figuring out how to make it go fast. Without any experience to rely on, all sailors started from square one.

“We have a bunch of good sailors from other classes who haven’t sailed the boats before,” said Field, “but anytime we are working with a new layout, we use our knowledge from boats we’ve sailed in the past that are similar, and start there.”

In Field’s case, he used his Melges 24 experience to figure out what makes the boat fast. “Anytime you hop into a new boat, the first thing you focus on is mechanics. Tacks, jibes, spinnaker sets and douses. Once we worked that out, we focused on boatspeed. A lot of that is trial and error. We pass the knowledge around, talk about how the boat is responding to the different kinds of wind strengths and work it out as we go.” 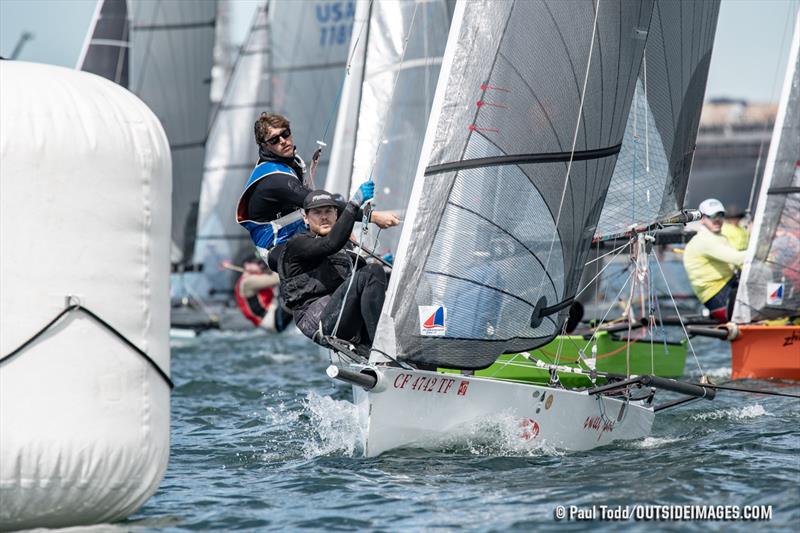 “These boats are really challenging to sail,” said Haines. “They’re super tippy, and even the smallest mistake makes you pay the price. The 505 is a little more forgiving to sail, so the learning curve is pretty steep.

“When you’re going fast, it’s almost like surfing. You really have to balance the whole time. Sometimes it feels as if your hanging on for dear life, to be honest. And I still haven’t sailed the boats in anything more than 14 knots. I don’t know what it’s like when it’s really gnarly. But so far, so good.”

With such dynamic boats, rig settings are essential. Haines relied on Sorosky’s crewing experience to make sure the boat was trimmed properly.

“Jake was a huge help with the tuning,” said Haines. “He’s sailed these boats a lot and we are a new team so we’re just trying to keep it simple, keep the boat going and keep the mast up in the air, though we did capsize once.”

Racing continues throughout the weekend with other classes racing on the open ocean off Point Loma. On Sunday, regatta organizers will select one overall winner to compete at the NOOD Regatta’s Caribbean Championship.