The weather forecast for this year’s Harvest Moon Regatta race, hosted by Lakewood Yacht Club south of Houston, was either intimidating to some, or a thrill for others.

An impending front that ultimately produced deadly tornados north in the Dallas/ Fort Worth region also produced 5-10 foot steep Gulf of Mexico “chop” with 23 to 45 kt winds. Not exactly a recipe for a family’s “walk in the park”, a 150.0nm race from Galveston Bay to Port Aransas down south towards the equally famous Corpus Christi region of the Texas Gulf Coast.

According to Scott Spurlin, “in the 60+ boat fleet, it was Forbes Durdin and his brand new J/121 Bear that took line honors, won the Bacardi Cup in the ORC fleet overall, won their division and received the first annual J/Boats Award (courtesy J/Boats Southwest). The brand new J/99 YOLO finished 2nd in their ORC Division. Great showing by the two J/46’s, the J/105’s and the J/120!”

Perhaps, what was more remarkable was the fact that in the 22-boat ORC Division, by far the biggest in the regatta, was that J/Teams took six of the top seven places overall! Here is how that panned out: the J/121 Bear in first, then Jim Demarest’s J/46 Sodalis III in second, Albrecht Goethe’s J/46 Hamburg II in third, JD Hill’s J/122 Second Star in fourth, John Barnett’s J/105 Pesto in sixth, and James Liston’s J/120 Aeolus seventh. Congratulations to all on such a remarkable performance!

Finally, in the 13-boat PHRF Fleet, third in PHRF A Class was Rob and Stephen Epstein’s J/120 Scout, and taking fourth PHRF Overall. An excellent outcome for J/Crews across the board offshore in the Harvest Moon Regatta! 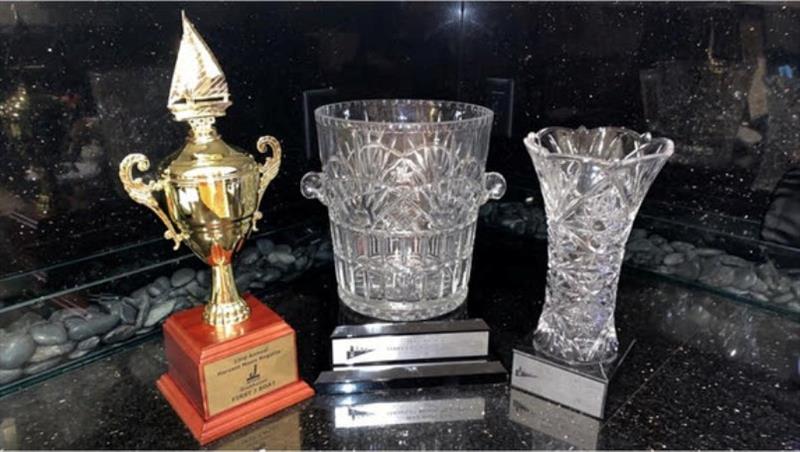