Winds started at 10-12 knots and increased to 12-16, with occasional higher gusts. Current J/24 World Champion Will Welles, racing Bruschetta, of the USA has taken the early advantage with 5 points, following scores of 1,1,3. The next positions are locked in a tie at 10 points: Javier Velasquez’s Trinquete (7,2,1 on the day) and Mark Laura’s Baba Louie (2,3,5). 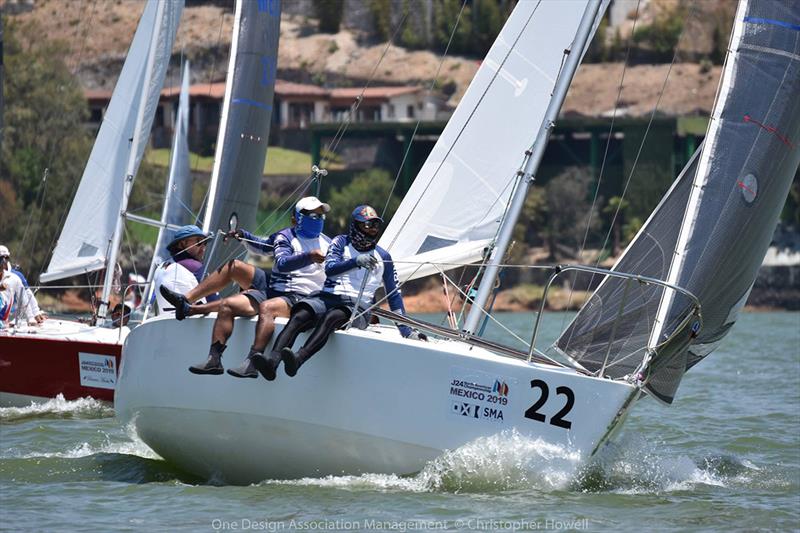 Under cloudless skies on the picturesque lake in the mountains of Mexico, Welles opened the Championship with his first of consecutive bullets. Trailing him in race one were Laura and Kenneth Porter’s S. And in race two were Velasquez and Laura. Velasquez earned the final victory of the day, as Tony Parker’s Bangor Packet and Welles comprised the top three. 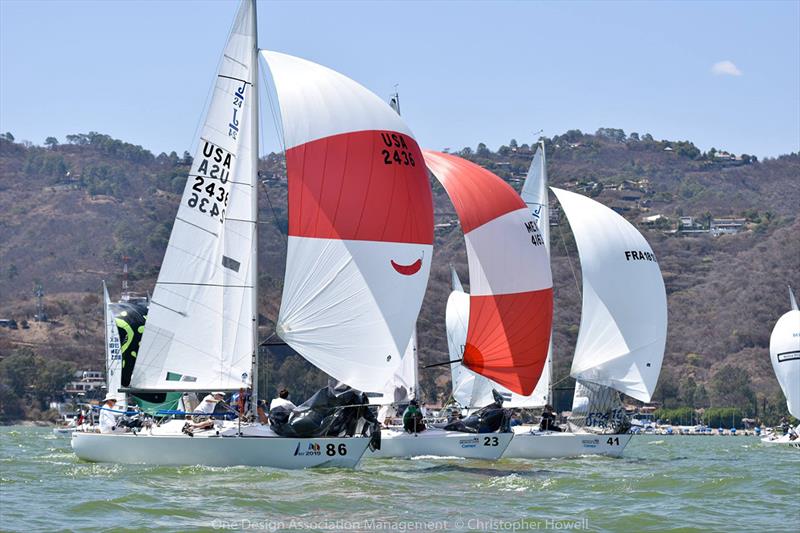