The J Class return to Superyacht Cup Palma next week (29 June-2 July), where four boats will race as a class at the event for the first time since Mallorca’s 2014 showcase regatta.

The widely anticipated return of Svea, which is being campaigned by three passionate Swedish ‘co-owners’, sees the newest J Class yacht in the fleet set to race in Swedish colours for the first time, measuring up against Ranger, Topaz and Velsheda.

Svea, which was built to a 1937 design of Tore Holm and launched in 2017, will start in Palma with a team which is mainly new to J Class racing, and that has eight times round the world racer Bouwe Bekking as skipper. Bekking is one of the most experienced J Class sailors who not only skippered Lionheart to win the J Class World Championship when it was last raced in Newport USA in 2017, but under his guidance Lionheart were winners at the Superyacht Cup Palma 2014 when five boats last raced against each other on the Bay of Palma. 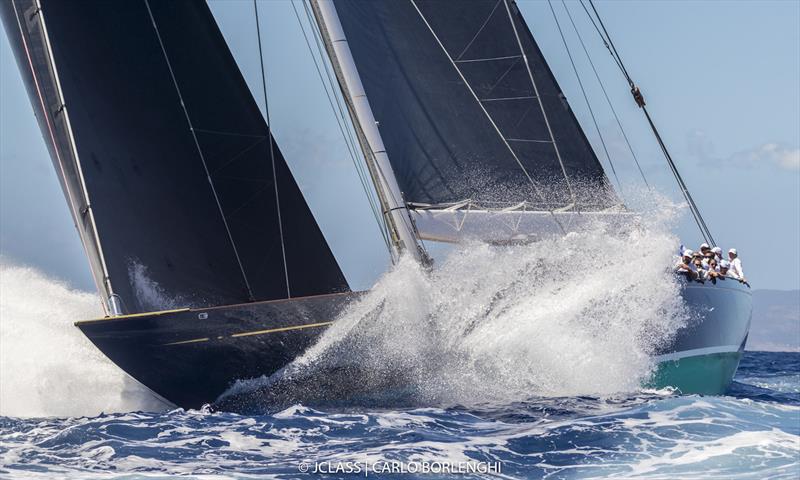 Topaz will one of 4 J Class competing at the Superyacht Cup, Palma © J Class / Carlo Borlenghi

“Right now, it is baby steps,” warns Bekking whilst leading training for the new Svea crew in Palma this week. “There are plenty of good sailors on board but we really are starting from scratch. At this first regatta we are just aiming to get around the course in good shape with no major issues. But it is so nice to see the Swedish heritage of Svea really coming to the fore. Tore Holm is very famous in Sweden, and it is going to be a pleasure to race with these Swedish owners and sailors.”

Bekking asserts, “Palma is of course a great race course for a first regatta together on Svea. It should not be too breezy. Everyone is super enthusiastic, but it is all new to a lot of the team who are very used to small, quick boats. There is nothing quick and easy about gybing a J Class yacht, so we have spent the last week training, looking at the mechanics of the manoeuvres and practicing. It is such a privilege to sail these boats and there is a certain beauty to watch 30 or so people working together. Our three owners are all good sailors, but this is a different beast.”

While expectations may be low, Bekking took the Dutch flagged Lionheart programme from initial baby steps to win all the main J Class titles.

The Superyacht Cup Palma is the first major European regatta of the 2022 season for the class, and comes after March’s Saint Barth’s Bucket, where Ranger with a new owner and crew, triumphed on their debut together racing in breezy, bumpy Caribbean trade wind conditions. 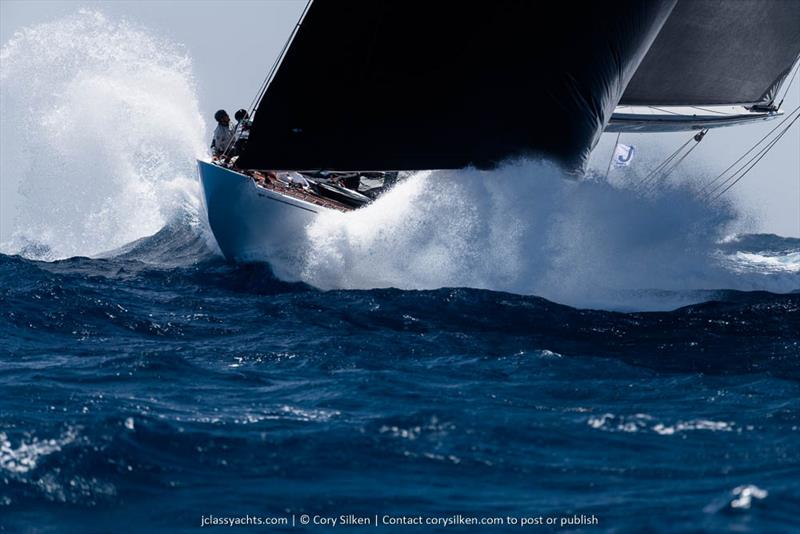 For Ranger’s America’s Cup winning helm Ed Baird, ‘The Bucket’ was his first J Class regatta. Looking ahead to Palma he said, “Palma is such a different venue to Saint Barth’s and together we have no idea how we will go on the Bay of Palma on flat water and in much lighter winds. And don’t forget that in Saint Barth’s we were the appreciative beneficiaries of one of the two teams we were racing against doing two penalties out of three races and these two penalties were expensive on time and allowed us to beat them. We really have no idea how we will go. We are excited. The boat has been completely refitted (and a lot of weight taken out) since she last raced here. We put our overlapping jibs on for one morning of sailing in Newport back in November last year. We only just checked these sails. We have to learn the boat and that is exciting.”

While she didn’t race at Saint Barth’s, Topaz is one of the most polished teams after continuing to race as much as possible in recent years, mainly against Velsheda. With Peter Holmberg steering and Francesco d’Angelis on tactics, ace Palma based navigator Nacho Postigo and a well drilled, settled crew, they have the potential to win in Palma.

De Angelis says, “We are really looking forward to be back racing and most importantly with four boats racing together. That is exciting on a very nice race course. We have such a great culture with our team, we are like a family. We race hard on the water, we push very hard, but it is enjoyable with a great atmosphere off the water that I really enjoy. Every year it is tough to start again from scratch with the others having raced in Saint Barth’s but with these boats practice is never enough. These are big boats with a lot of mechanics involved and it is most complicated with the big pole and the asymmetrics but you are operating like on a small boat, the racing is close. You need to execute perfectly on time because you don’t have time to react. And we will be pushing as hard as we can for the win.” 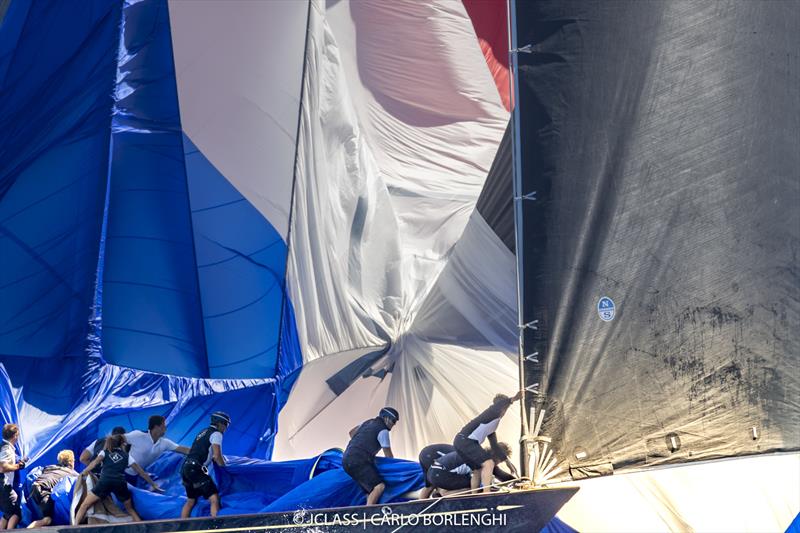 Velsheda has some new sails and won their class last time they raced at the Superyacht Cup, so arrive back in Palma full of confidence.

“We need to come out the blocks firing on all cylinders,” Velsheda’s tactician Tom Dodson contends. “Palma is good for the J’s which love these flat-water conditions. Sometimes it is a one-sided race course but that adds to the fun and the pressure. It can be quite challenging, not least getting off the start line is important, and I think we have been good at that historically. And we love Palma, the atmosphere is good, the food is good, the social is good, and we have a few drinks on the dock with the other teams. We are looking forward to it.”

Racing for the J Class starts Wednesday and runs through to Saturday.