For thousands of sailors gathered at Geelong, Australia Day was also ‘Super Sunday’ at the MacGlide Festival of Sails and a chance to blow away the cobwebs from a long opening day passage race down from Melbourne.

Well into the evening of Sunday January 26, Rating Series results were pending the outcome of protests involving both divisions. Pending the outcome, Andrew Mollison’s Sydney 38 Sierra Chainsaw scored back-to-back corrected time wins in Rating Series division 1 to lead the pointscore and in division 2 Will Sheers’ Adams 10 Executive Decision picked up a second and a first to lead their group on points.

The two divisions completed a windward/leeward and a passage race in a variety of conditions, cool southerly winds less than 10 knots gusting to 20 knots directly under ominous clouds over outer Corio Bay in the early afternoon.

In division 1, Bruce Taylor’s RP40 Chutzpah became separated from its spinnaker in one such puff, conjuring the famous scene from movie Priscilla Queen of the Desert when Guy Pearce is singing opera atop the touring bus draped in a shimmering silver train.

Geoff Boettcher’s Secret Mens Business from South Australia holds the top spot in the TP52 division pointscore, on a countback to Gordon Ketelbey’s Zen from Sydney, which is very much in the hunt from second on the ladder. 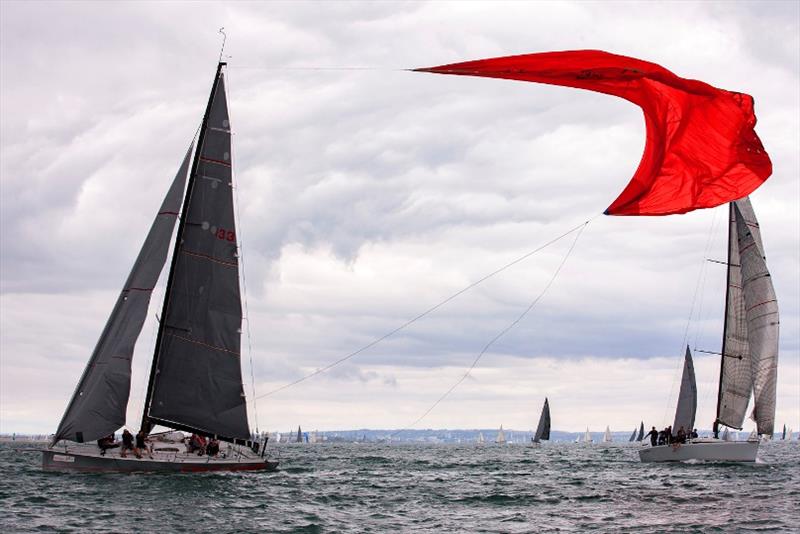 Results in other divisions racing at the Festival were straightforward by comparison. International Etchells Series were calculated easily, Darren Mahoney’s Bananas in Pajamas leads Blake Robertson’s Matilda after six races on Corio Bay and in among the strong S80 fleet, Stephen Barker’s Rock n Roll holds a countback advantage over Recycled Reputation under EHS scores. 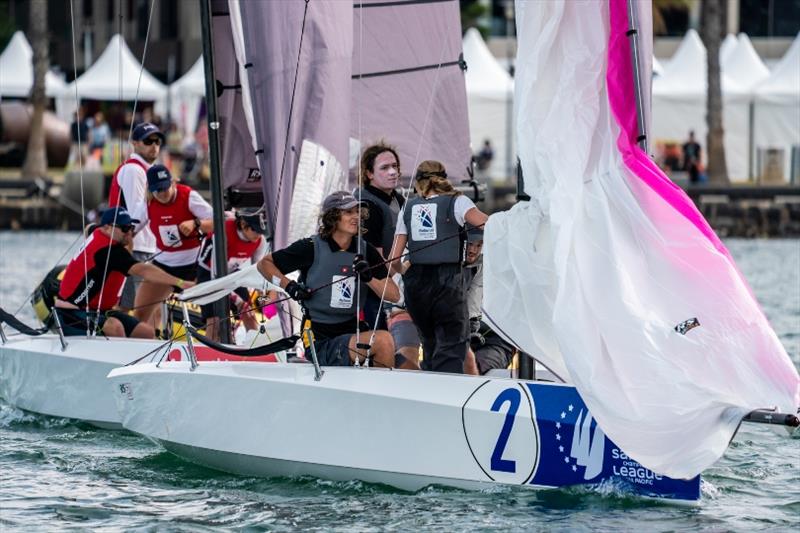 Leading team from the Derwent Sailing Squadron/Sandy Bay Sailing in Tasmania, TAZ Racing, said at the end of the day: “It was tough to stay consistent in such a tough fleet. It will be heads down and into it from the first gun tomorrow.”

“I think this racing is cool; it’s short and intense and the shiftiness so close to shore provides a lot of opportunities. If you are in front one you minute you can expect to lose a couple of boats on the next leg. It’s a really inclusive regatta with one female per open team plus all-female and youth teams, and really good to be part of.” 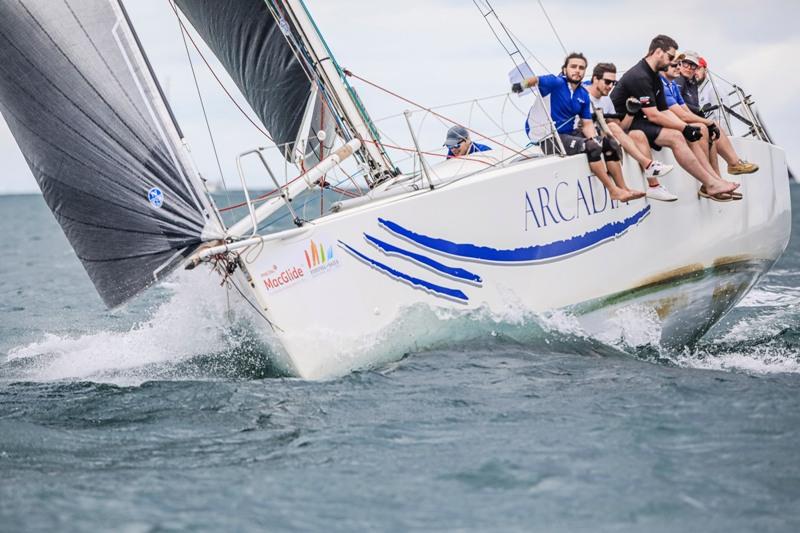 Monday’s forecast is for variable winds 10 knots becoming south to south-westerly 10 to 15 knots in the late afternoon for the final day of the MacGlide Festival of Sails for another year. 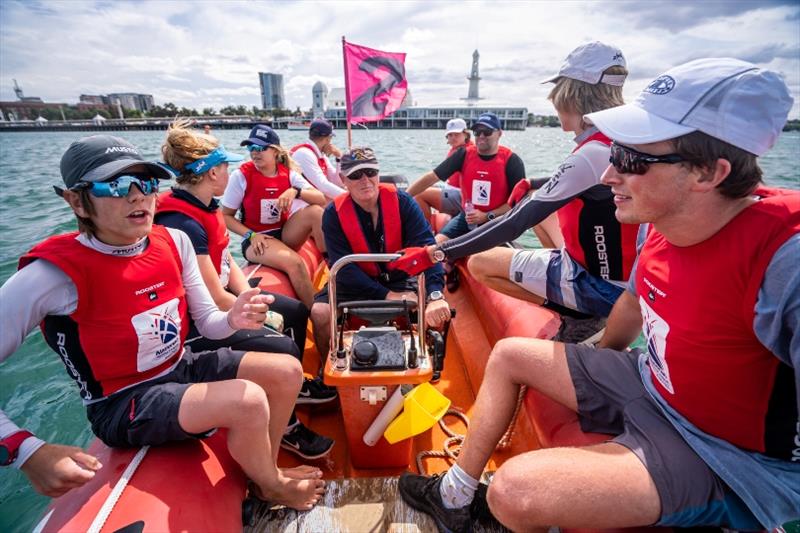