Phil Robertson and the China SailGP Team triumphed with a first-ever race win on the penultimate day of the Marseille SailGP Season 1 Grand Final. Meanwhile, the battle between Tom Slingsby’s Australian team and Nathan Outteridge’s Japan team continued to heat up in advance of tomorrow’s US$1 million match race finale, as the rivals traded victories in the other two races of the day.

China’s success locks the team in a tie with Dylan Fletcher’s Great Britain SailGP Team for third place, to be fought out on the final day of racing in Marseille.

The win is an impressive feat for the Chinese, who questioned whether they would be able to appear on the racecourse earlier in the morning. With grinder Liu ‘Black’ Xue out with a back injury and grinder Liu ‘Leo’ Ming suffering severe gastrointestinal issues, Robertson was left with no option but to retire from racing for the day as the team would not meet the nationality requirements to compete. When Ming heard that his team would be unable to race in his absence, he decided to push through the discomfort. The decision ultimately put the China team back in the running for the podium after a difficult season.

“We did what we could to get out there. We persuaded everyone to get us racing and our guys said they would feel better if we started a race and put some gear on to tough it out,” said Robertson. “It feels fantastic. It’s great to get a win, it’s been a bit of a tough ride racing against top teams like Australia and Japan but we got a win on the second to last day of the season – it’s a great reward.”

A race win, added to a third- and fourth-place results, catapulted Robertson up the leaderboard to tie with Great Britain, with two races remaining tomorrow.

“To be honest, we did think we would be contending the podium going into the final day of SailGP Season 1,” said Robertson. “We knew we were six points off third coming into this event. No one talked about us, gave us any respect, so a lot of the focus was to claw into these guys and be fighting for third place. It’s a great position to be in.” 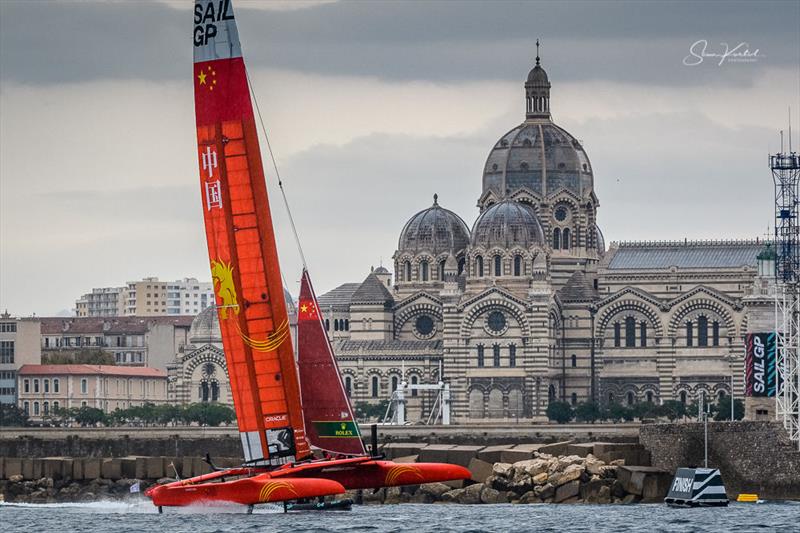 Weather on the Rade Nord racecourse was lighter than forecast for the day, and the six national teams were challenged to search for the wind to stay ahead of the competition. Shifting breezes played to the helmsmen with more tactical styles of racing.

Despite having secured their place in the Championship Final tomorrow, fierce on-water rivals Slingsby and Outteridge were still aggressive during Saturday’s racing. Australia had the edge on the day, with one win and two second-place finishes compared to first-, second- and fourth-place finishes by Japan. The two teams will duel tomorrow, with a 10-minute race deciding the overall SailGP Champion and winner of $US1 million dollars. 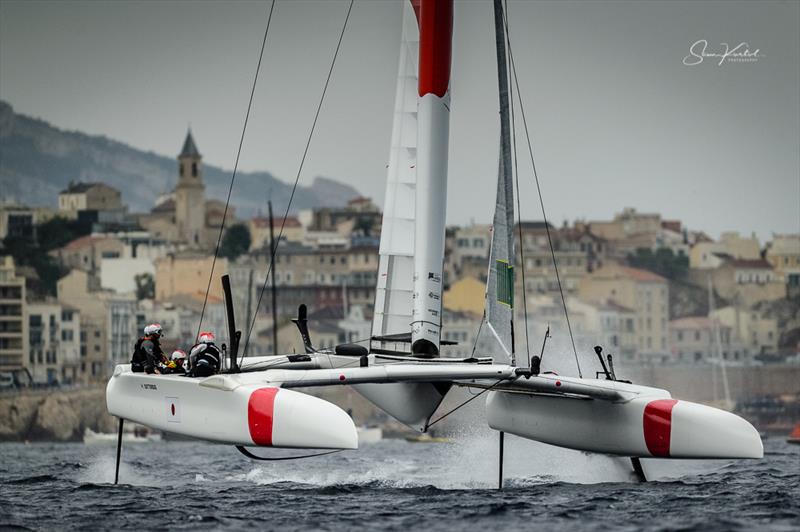 Meanwhile, Billy Besson gave French fans a reason to cheer, when the French team lead the fleet off the start line in more than one race and led the fleet for the majority of race four. The France SailGP Team put up a solid fight, pacing with the top two ranked boats. Besson was right at home, sailing with more consistency and speed, fueled by the French fans. The performance tied him with the Rome Kirby’s United States SailGP Team for fifth place. 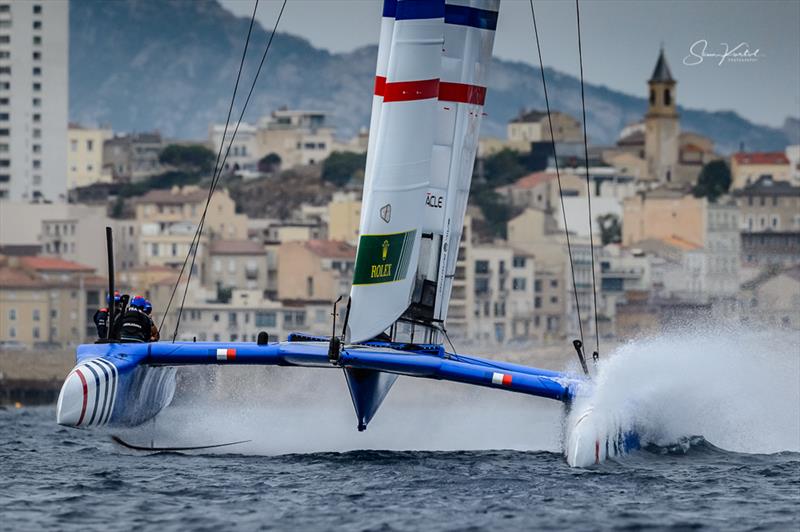 With the leaderboard tied up in two places, high drama is expected in the Sunday finale. The Marseille SailGP Season 1 Grand Final continues with two fleet races and the final match race. The first two fleet races will only feature the boats that have not qualified for the match racing final, ahead of the historic showdown between Slingsby and Outteridge.

Limited tickets are still available for both the Seawall and on-water spectator experience. Visit SailGP.com/Marseille for details.