The forecast light sea breeze failed to materialise today for the 11-strong fleet of TP52s at the Menorca 52 SUPER SERIES Sailing Week, and so racing had to be cancelled for the day.

The standings remain the same with Azzurra (Alberto & Pablo Roemmers) leading the results table by four points ahead of Platoon (Harm Müller-Spreer) after Tuesday’s two races.

“It is very frustrating that the sea breeze just did not come in. It is one of those things because of the shape of the smaller island here that it does not really generate the thermal breeze at this time of year, but it is looking more promising for Thursday and into the weekend,” commented Maria Torrijo, the Principal Race Officer. 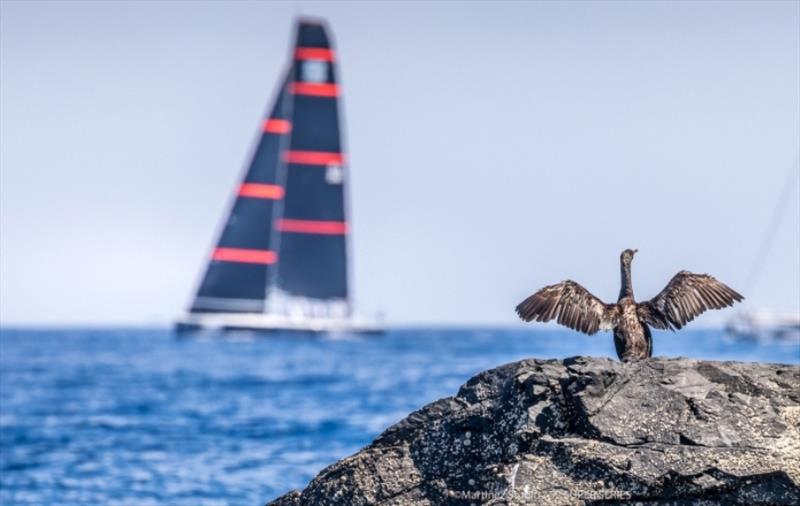 It may not have been a good day for competition but a new initiative to help clean up the seabed around the race docks in the host marinas recovered a significant amount of discarded debris and rubbish thanks to the team’s divers and local divers.

After first hoisting ashore the AP signal, the Race Committee and the fleet of TP52s headed out to wait for breeze. On the North course, where racing was held yesterday, there were just six knots of breeze from the southeast that encountered another slight breeze from the north and added up to nothing. At 4:30 PM the AP on A signal was hoisted: no racing for today, but the event will continue.

Azzurra remains in the lead of the provisional scoreboard followed by Platoon and Bronenosec. Tomorrow the first Warning Signal is scheduled for an hour later than today: 1.30PM CEST.