2019 Monaco Swan One Design opened today with a single race.

A long wait looked in store as the crews gathered at their boats in front of the magnificent YCM clubhouse. The Race Committee were more optimistic than the outlook, taking to the water on time and not holding the teams onshore. The decision was rewarded with the breeze establishing itself sufficiently around midday. The first race was under way at 12.20, with the ClubSwan 50s setting off ahead of the combined Swan 45 and ClubSwan 42 fleet. The 5.7 nautical mile, four-leg course was raced in a maximum of 10-12 knots of easterly. 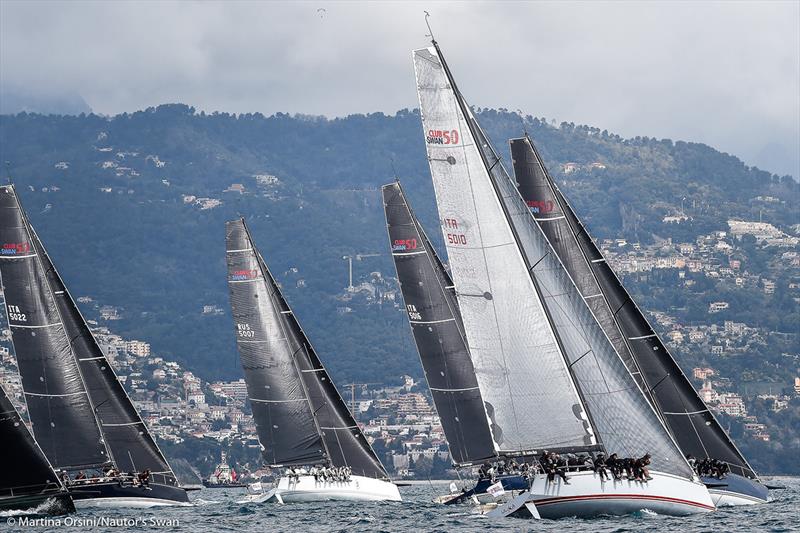 Fernando Echávarri, tactician on Skorpios, is an Olympic gold medallist and the 2005 Rolex World Sailor of the Year. He showed all that skill and more in guiding his predominantly Russian crewmates off the start line in good order and around the initial windward mark in first place. Challenged, but rarely threatened, Skorpios led the race from start to finish leaving the competition to scrap for lower rungs on the podium. In this battle, Leonardo Ferragamo’s Cuordileone (Italy) and Morten Kielland’s Mathilde (Switzerland) took up where they left off at this event last year, trading second and third place. Ferragamo and his Italian crew, marshalled by American legend Ken Read, held their nerve on the last leg to push Kielland’s crew into third. The Swiss team sailing with the tactical input of Iker Martinez, another Olympic gold medallist and former World Sailor, will be keen to improve on this result.

“It was tricky racing,” explained Echávarri. “We thought the course was favoured on the left, but by the end it was even paying on the right side.” In one-design racing getting away cleanly is critical. And, in simple terms, with everyone sailing at broadly similar speeds, it is then a question of using tactics and consistent crew work to keep the opposition at bay. “We managed a really good start and that was a key point in the race. We were quick upwind and were able to defend the left of the course, and cross on port the fleet coming from the right side,” continued Echávarri. “Getting to the top mark first is half of the race. We were fast downwind, and kept the lead. It looks easy sometimes, but a couple of the crosses with other boats were pretty tight. We were always in the right position and, in the end, were able to keep the other two guys behind.” With the all the excitement on the racecourse it is often forgotten that there is energy, commitment and enthusiasm on the part of the owners just to get the boats to the venues on The Nations Trophy Mediterranean League. Echávarri was delighted that Skorpios’ owner had come off the water happy with both the team performance and the result. He was also impressed by the growth of the ClubSwan 50 class and the continued strength: “The class is growing. We have eight boats here, more in Scarlino and for The Nations Trophy people are talking of close to 20 boats, which would be super. Most of the top boats of last season are here in Monaco – Mathilde, Cuordileone, OneGroup – so the standard is pretty high. It is good to be able to fight with them, and to beat them is always good!”

Flavio Grassi, the tactician on Ange Transparent and former Olympian, came off the water in good spirits, looking forward to the racing ahead. “It was very good today and we had fun. We were lucky we could do the race. It was difficult conditions, with shifting wind, quite light, and a bit of rain,” said Grassi, continuing: “We did well, coming second after the Spanish guys, just like the last year! Tomorrow it will be our turn! Overall, it’s great to come back here with all the Swans, the boats are fantastic.” 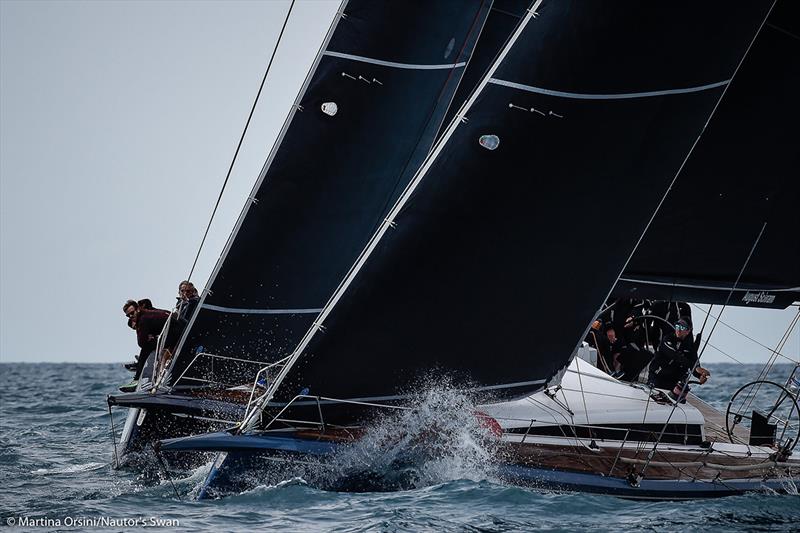 Far Star once again made the running on the first day of the first event of The Nations Trophy Mediterranean League. Just as last year, Lorenzo Mondo’s Italian team took the fight to the opposition and scored a bullet in the only race of the day. Bernard Marchant’s Belgian crew on Andante IV may be racing for the first time in Monaco, but it is not their first experience of Swan One Design racing having competed at the Copa del Rey last year. Marchant was happy with his second-place.

“At the end of the day it was all good, because we were not sure we would be racing today,” advised Marchant. “When the wind came, we had between 10 12 knots, and a good fight with the other guys, so it was fun. We would have liked a second race, but at least we had one.” Marchant is enjoying the atmosphere of the event despite a steep learning curve and has plans to compete at the next event in Scarlino: “So far we are having fun. We started racing in the Swan One Design fleet last year, and we need to improve especially when we are up against the Italians! It’s nice here, even if it can be quite serious on the sea. People are really fighting hard for position, which is very different to handicap racing so we are learning. The organisation is also really nice and we are looking forward to the other events this year.” 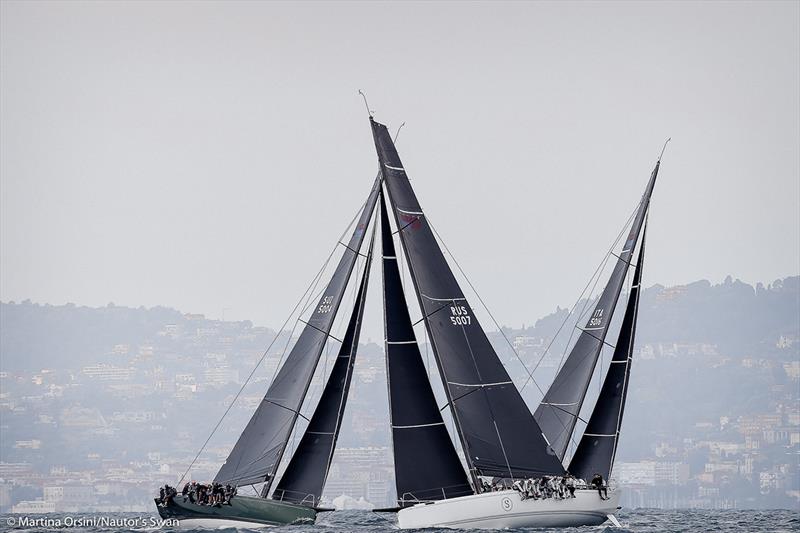 As part of The Nations Trophy Mediterranean League’s sustainability drive, during the Owner’s Dinner, hosted by investment firm, Banor Capital Ltd, and to be held at the Yacht Club de Monaco on Friday evening, an auction will be held in support of Marevivo. Items have been donated by a number of Nautor’s Swan’s friends and partners, including SEASE, Ferrari, the photographer Carlo Borlenghi, Salvatore Ferragamo, the stylist Marta Farre, Andy Bianchedi and Resort Baia Scarlino. All funds raised will go towards Marevivo’s activities in protecting the oceans.

Racing at the Monaco Swan One Design continues tomorrow, 11 April, with the first signal scheduled for 11.00 CEST.

For more information about the 2019 Monaco Swan One Design, visit event webpage.