The verdicts are in. Niramo (ClubSwan 50), Porron IX (Swan 45) and Fantaghiro’ (ClubSwan 42) won their respective classes following a dramatic final day of action at a memorable edition of Scarlino Swan One Design. Meanwhile, Germany topped the 12-strong Nations’ classification.

The second event of The Nations Trophy Mediterranean League 2019 proved a resounding success. Nine gruelling, closely-fought, high-level races were contested by 24 yachts over four days of competition. Conditions were varied and challenging forcing crews to constantly adapt tactical approaches, to take risks, to push their resolve.

“It has been a fantastic week of sailing. We had great conditions, a bit of everything. Scarlino is one of the best racing venues in the world and this week really proved it,” reflected Nautor’s Swan Vice President Enrico Chieffi during the final prize giving. “The organisation was excellent the Race Committee, the Jury and the Marina di Scarlino provided great hospitality. In two of the three classes, the event was won on the last run of the last race which says it all about the competitiveness, the difficulty and the challenge of racing these One Design classes.”

The event also paid witness to two important occasions Nautor’s Swan’s first sustainable regatta as well as the international launch of the ClubSwan 36.

Even by its own elevated standards, the quality of competition across racing in the ClubSwan 50 was of an exceptional level. Eleven hugely talented crews supporting passionate owner/drivers guided by some of the world’s leading tacticians. Going into the decisive final day, seven different yachts had won the seven races. An indication of the close, unpredictable nature of the racing, with all crews experiencing highs and lows across the regatta.

Following two momentous performances a bullet and a second in yesterday’s strongest conditions of the week, Sönke Meier-Sawatzki’s Niramo held a narrow advantage going into today’s racing. She lay one point ahead of rival German yacht Earlybird also a race winner yesterday with Leonardo Ferragamo’s Cuordileone (Italy) well positioned in third place. Conditions were relatively light for today’s start, seven knots, with the breeze filling in across the two races. 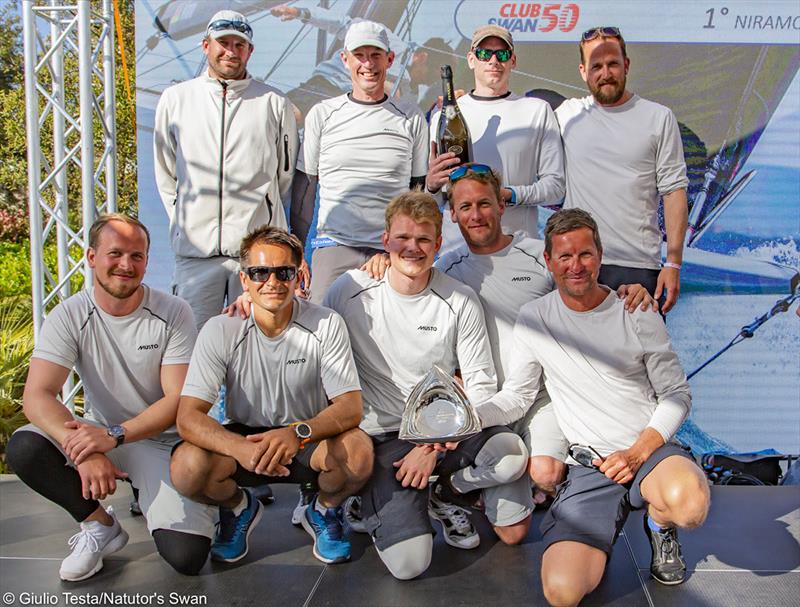 Incredibly an eighth yacht added her name to the list of winners. Skorpios claiming the first race of the last day. Inspired by that success Dmitry Rybolovlev’s crew then triumphed in the second race to become the only ClubSwan 50 to win two races. “We had a super day, we are growing as a team, feeling more confident,” explained tactician Fernando Echávarri. “The event was really well organised. Scarlino is a great spot, with all kinds of conditions and supported by Nautor’s Swan’s facilities here too.”

While Skorpios toasted day four success, the battle for event supremacy was happening behind her. A sixth place in the first race, later followed by an eighth, knocked Hendrik Brandis’s Earlybird out of contention. Come the final showdown Niramo and Cuordileone were contesting the title. Exchanging positions five times during a highly tactical race, they never left each other’s sight. Crossing the finish line one place and three seconds behind Cuordileone secured Niramo the title. 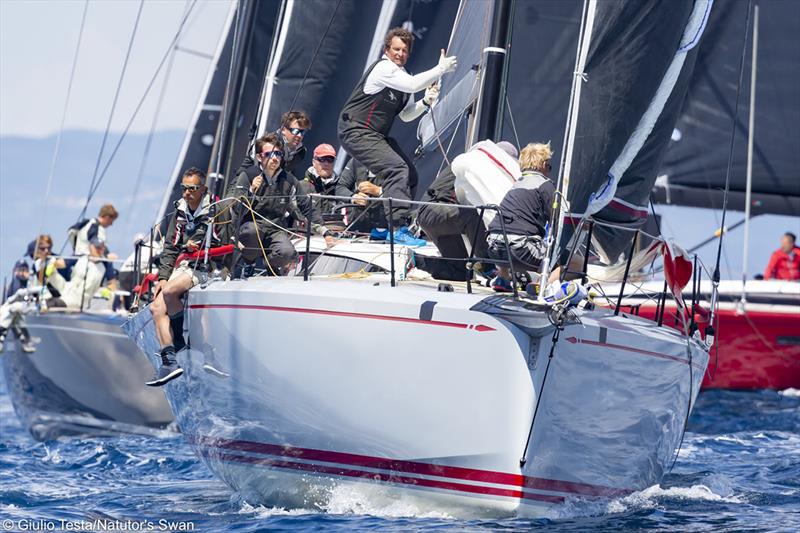 “It’s really amazing to win,” enthused Meier-Sawatzki. “To be honest it’s the first time, for me, for this boat, and for this crew. We are all from the north. We love the breeze and some waves. In general we struggle more with our set up in light breeze. We had the opportunity today to show we can do it in both conditions, going well in strong breeze and huge waves like yesterday as well as in very light, tricky conditions. It has been very close. Winning by one point is nearly nothing. We have been very lucky.” Meier-Sawatzki believes the crew’s preparation for the regatta was ultimately the decisive factor. “The five days training we had before the event helped us exercise starts, we became more competitive, and this was key to winning.” 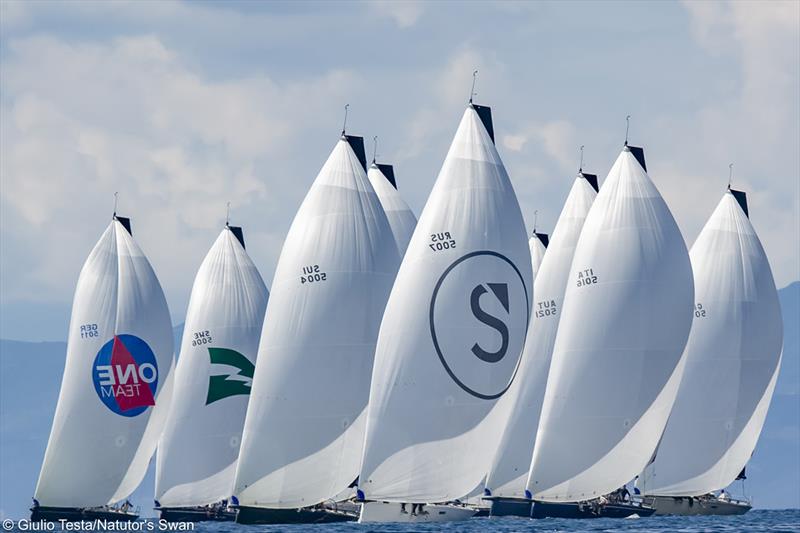 Luis Senis’s Porron IX (Spain) made her class count in the final days of the regatta to add victory at Scarlino Swan One Design to the season opener in Monaco. Leading by seven points this morning, Senis’s crew could play a cautious game today and control her opposition. This she did with aplomb. “The stronger winds in the final days probably suited us,” admitted Senis. “I am very proud of my crew and whenever someone has a bad day, the rest of the crew became even stronger. It was a good week for us as it was a very competitive regatta against much stronger crews. We are now looking forward to the next leg in Saint-Tropez.” Motions (Netherlands) finished second, Blue Nights (Finland) third. 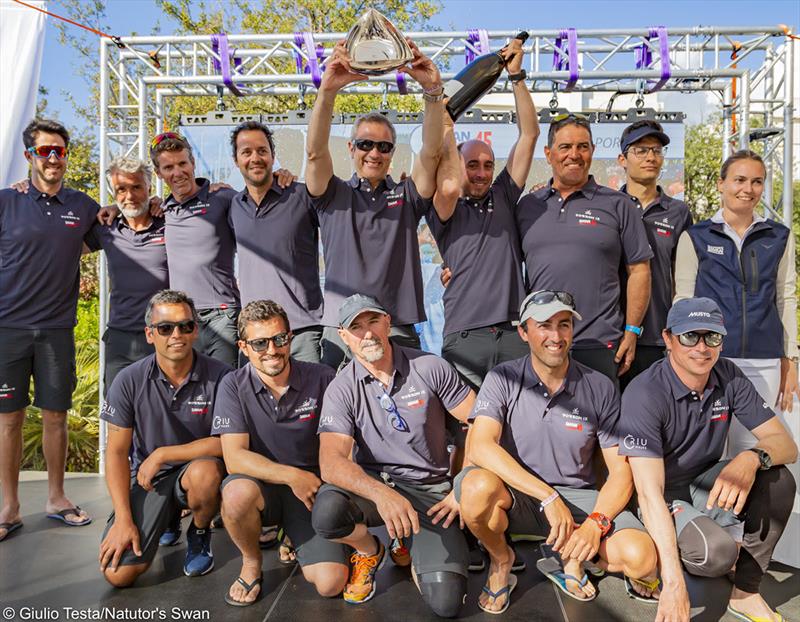 In a similar fashion to the ClubSwan 50, matters were finely-poised this morning, just two points separating Far Star (Italy) in first place and Natalia (Romania) in fourth. However, in a dramatic final day Lorenzo Mondo’s leaders could only register a sixth in the first race leaving the field wide open.

Andrea Rossi’s Mela (Italy) closed the gap with a bullet to effectively set up a match race with Fantaghiro’ and Natalia for the title. Counting on the expertise of Flavio Favini, Fantaghiro’ clinched the title with a virtuoso final performance. A case of beginner’s luck for owner Carlandrea Simonelli. “It is my first time sailing a ClubSwan 42 regatta. Our secrets were good crew work and a little fortune in the last race. This is part of the game.” Mela and Natalia took second and third. 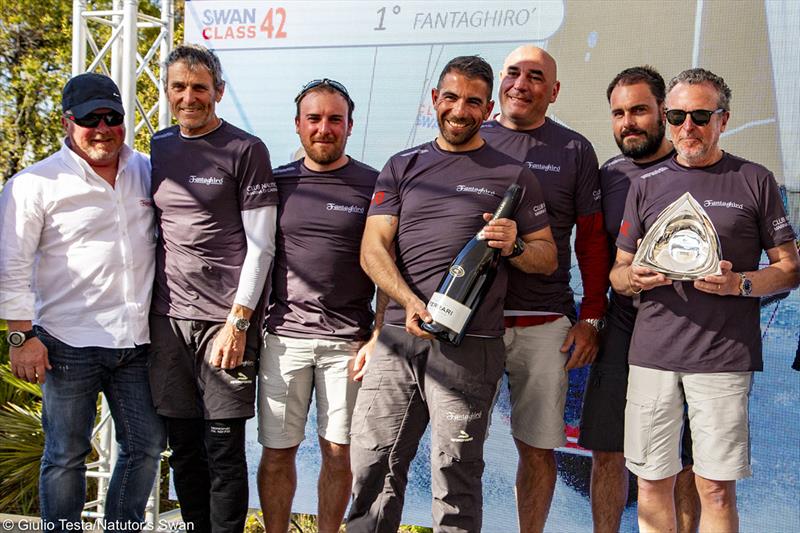 The outstanding week of racing in Scarlino has raised excitement about the third round of The Nations Trophy Mediterranean League 2019 which will be held during the Rolex Giraglia in June. The event in Scarlino also heralded Nautor’s Swan’s first sustainable regatta, an initiative closely supported by Marevivo. 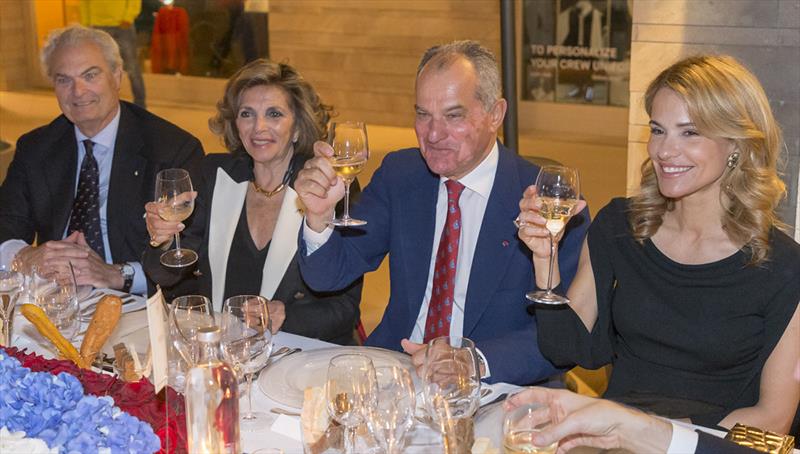 During yesterday evening’s Owners’ Dinner, partnered by Banor, an auction was held in support of Marevivo and sustainability at sea. Items were donated by a number of Nautor’s Swan’s friends and partners, including SEASE, Ferrari Trento, renowned photographer Carlo Borlenghi, Salvatore Ferragamo, the stylist Marta Ferri, Andy Bianchedi and Resort Baia Scarlino. All funds raised will go towards Marevivo’s activities in protecting the oceans. 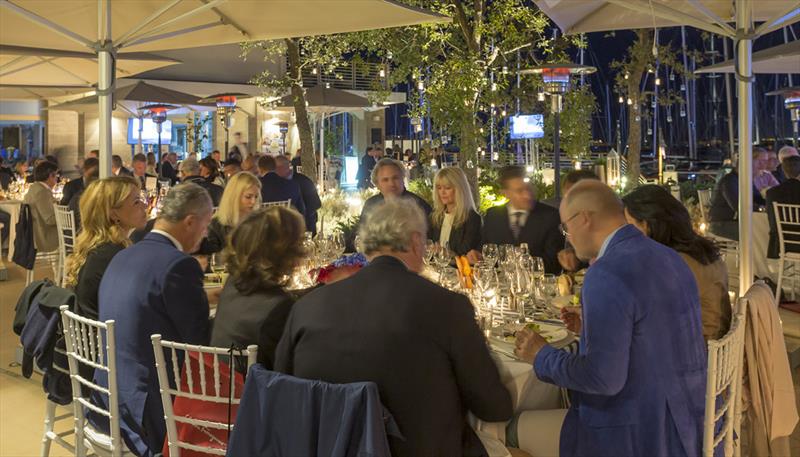 A commitment to sustainability unites all of the Scarlino Swan One Design partners including SEASE, official clothing partner of Nautor’s Swan. Uniting elegance and style, without compromising on performance, SEASE manufacturers its products based on a Protocol of Sustainability for materials, supply chain and use of resources. Two of this week’s ClubSwan 50 crews, Cuordileone and Drifter Sail, competed with uniforms designed by SEASE.

Nautor’s Swan thanks all of its partners for Scarlino Swan One Design – Banor, Marevivo, SEASE, Ferrari Trento, the Marina di Scarlino and event organisers Club Nautico Scarlino for their valuable contributions to a memorable event.

For more information about Swan One Design, visit: www.swanonedesign.com