A race around the Isle of Wight on Saturday 1st August marked the return to competitive racing at the Royal Ocean Racing Club, the first since the start of the COVID-19 pandemic.

Class Winners included; Giovanni Belgrano’s Whooper which was also second overall; Ross Applebey’s Scarlet Oyster, Jim Driver’s Chilli Pepper and Richard Palmer’s Jangada. However, the real race winners were the NHS and the Scaramouche Sailing Trust, with over £5000 (all entry fees) going to the noble causes. 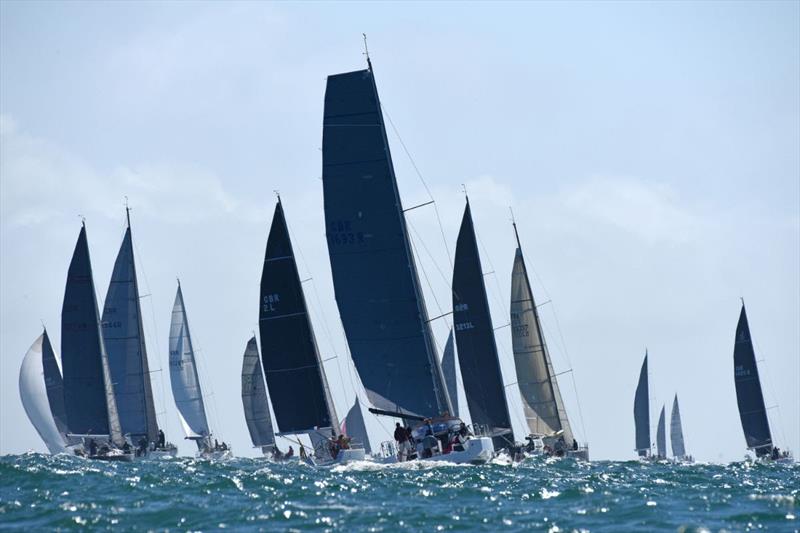 The race of approximately 50nm started from the Royal Yacht Squadron Line with a course anti-clockwise around the Isle of Wight. Approaching high tide, the island shore was favoured by much of the fleet due to tidal conditions. After beating to the Needles, the fleet turned downwind into adverse current. Staying close to the island shore worked for many successful teams. As the breeze clocked a little to the south, there was little in the way of wind shadow to the east of the island. The fleet entered the Eastern Solent, where a fresh breeze made for a fast beat to the finish. 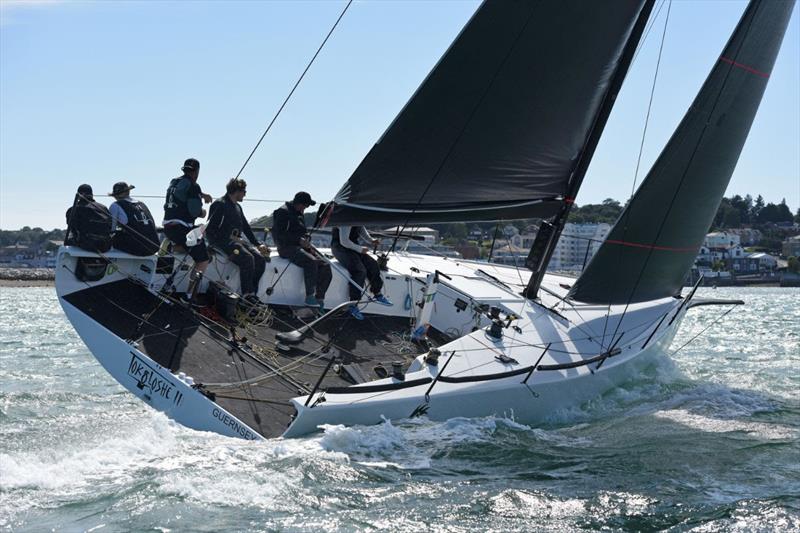 Tokoloshe’s David Bartholomew commented: “We got a good start and made The Needles in good shape, staying inshore required a lot of gybes, and flat water definitely helped. It was a quick race for us, I think our fastest is about five hours and that was with a crew of ten. So, to get around in five hours and thirty minutes, with just six crew, was a great effort.”

MOD70 PowerPlay, skippered by Ned Collier Wakefield, with Peter Cunningham on the tiller also did the double. Taking Monohull Line Honours and the win after MOCRA time correction. James Holder’s Dazcat Slinky Malinki was second and Al Wood’s Dragonfly was third in the MOCRA Class.

“I have been in quarantine for 14 days, so that was a release!” smiled Peter Cunningham. “That is the first time I have raced around the island. The sun was shining, a beautiful day, a great boat, top crew and a fun race. This was a fantastic way to come out of quarantine. We plan to do more RORC racing during August and September.” 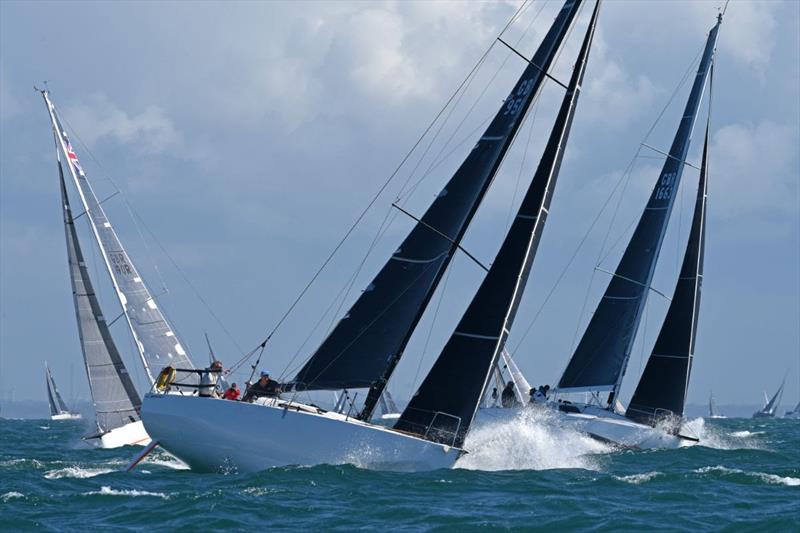 “It was great to be back out racing, and to win in a really competitive fleet is great,” commented Jangada’s Richard Palmer. “We have a symmetrical set up downwind, and that really worked for us, especially staying out of the tide on the southside of the island. However, we were wary of yachts with rights that could have forced us out into the current. All in all, the conditions definitely suited Jangada.” 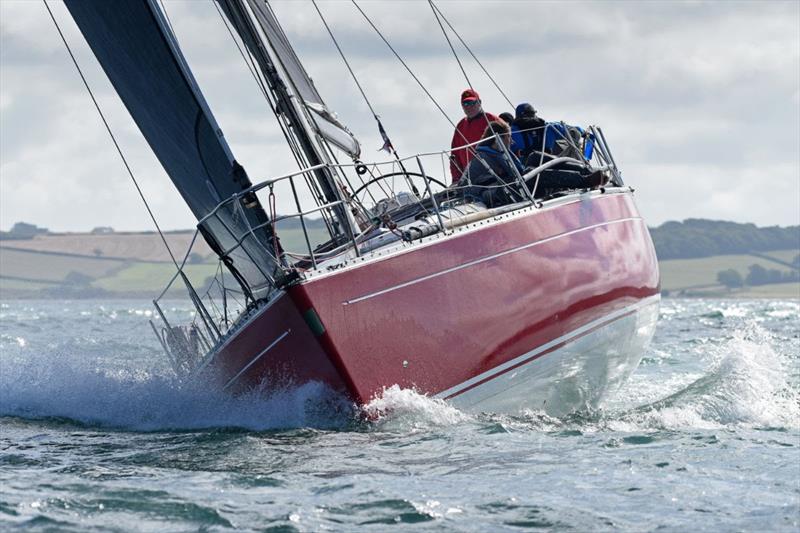 “With just six on board everybody was busy the whole way around,” commented Scarlet Oyster’s Ross Applebey. “We got a good start and didn’t get in too much dirty wind for the beat up to The Needles. Staying inshore on the south side really worked but I think one of our big gains was going further in at Sandown Bay.” 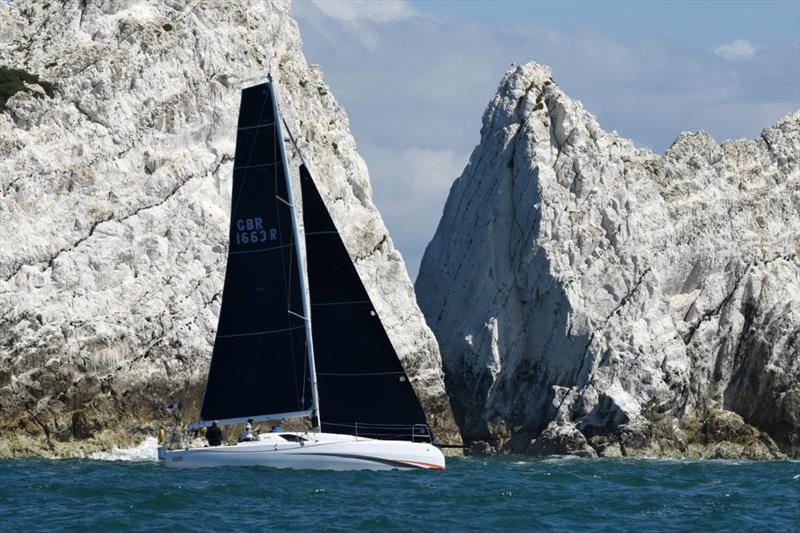 “We picked up the boat just four days ago and it’s been amazing, going like a train today!” commented Chilli Pepper’s Jim Driver. Jim’s daughter Ellie was on board and is a young talented 420 sailor. “I have been sailing 420s for over three years,” commented Ellie. “This has been a great boat to sail; so quick and stable, it’s been such good fun, basically a massive dinghy, we didn’t stop smiling all day.” 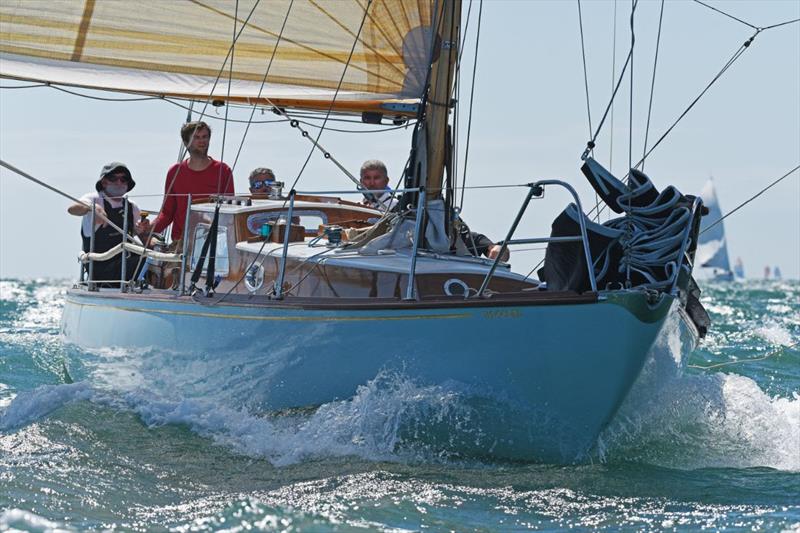 “We are tired but delighted to win our class and come so close to winning overall is a good result. We live here, it’s our patch, and it’s nice to race around the island. I always race Whooper with friends and we always go inside at the Needles, and on the southside, no one goes where we go. We are happy, we have had a great day!” 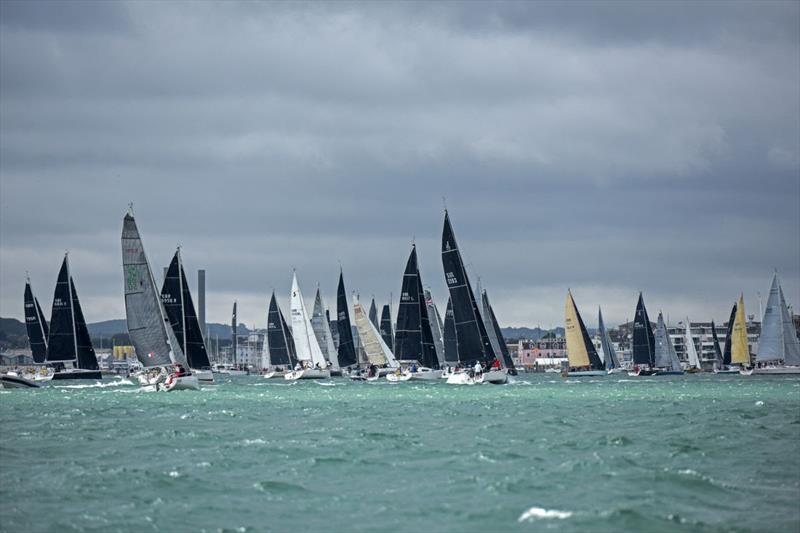 Racing with the Royal Ocean Racing Club continues with the second race of the mini-series, scheduled to start on Saturday 15th August. For more information and full results from Race the Wight visit www.rorc.org.