A champagne reception was followed by dinner and the prize giving in the Grand Connaught Rooms. Dating back to 1775, with its grand Georgian architecture and art-deco interiors, the historic building has hosted some of the world’s leading politicians, royalty and celebrities.

There was a huge ovation for the overall winner of the 2019 RORC Season’s Points Championship, Black Sheep, and for the RORC Yacht of the Year, Wizard. 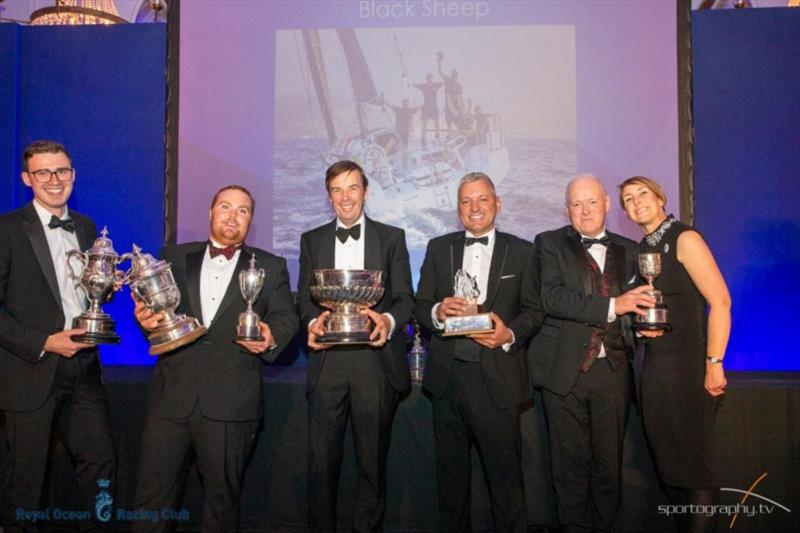 Trevor Middleton and team on Sun Fast 3600 Black Sheep collect the overall winners trophy, along with a hoard of silverware at the RORC Season’s Points Championship – photo © Sportography.tv

Winning the Jazz Trophy for first overall in IRC was Trevor Middleton’s Sun Fast 3600 Black Sheep. Skippered by Jake Carter, the team collected five more awards: Jacob Carter was awarded the Keith Ludlow Trophy for the Navigator on the yacht that is First in IRC Overall, and the Duncan Munro Kerr Youth Challenge Trophy. Black Sheep also won the Grenade Goblet for first in IRC Three, the Serendip Trophy for Best Series Produced Yacht, and the Alan Paul Trophy for Consistent High Performance.

Black Sheep was crewed by friends who met during the Clipper Round the World Race and their debut race for the RORC season was the RORC Transatlantic Race. Black Sheep was the smallest yacht in the race, taking just under 17 days, and after IRC time correction, was second overall. During the season, Black Sheep’s main rival for IRC Three, and for the overall season win, was another British Sun Fast 3600, Bellino. Bellino was raced Two-Handed by Rob Craigie and Deb Fish. Bellino beat Black Sheep by one place in the Rolex Fastnet Race, to set up a winner take-all final encounter in the Rolex Middle Sea Race. Black Sheep won the duel, winning the 2019 RORC Season’s Points Championship overall and IRC Three by a small margin; just 2.2 points. 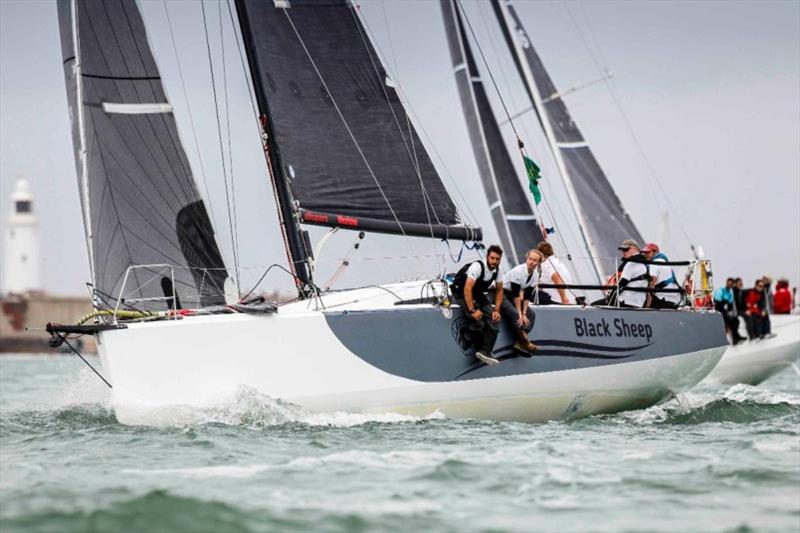 “We set out to win the Championship, but it was not until halfway through the season that you realise how big a commitment it is,” commented Trevor Middleton. “Black Sheep has done close to 10,000 miles of racing and deliveries. The team come from the Clipper Race and this has been a fantastic, yet different experience. Whilst the RORC races are shorter, the Clipper experience made us stronger for the longer races. A big thank you to the RORC, their organisation is excellent, their entry system and race procedures are second to none. Also, when you get to places like Lanzarote, Grenada and Antigua, the shoreside logistics and parties are so very well done.”

The 2019 RORC Yacht of the Year, winning the Somerset Memorial Trophy was Peter and David Askew’s Volvo Open 70 Wizard, which is the first American yacht to win the accolade for over 20 years. Wizard’s overall win in the RORC Caribbean 600 and the Rolex Fastnet Race in the same season is unprecedented. This double victory has never been achieved before by any other yacht. 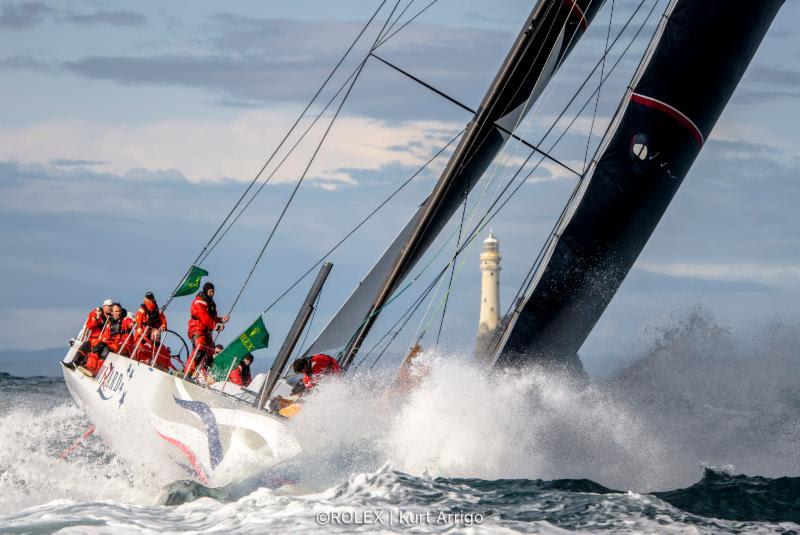 “The Fastnet Challenge Cup is now at the New York Yacht Club – being able to display the Cup at the NYYC is really special. At the NYYC annual awards last weekend we got a chance to study the inscribed names of the previous winners. It was an “oh my” moment to see the name Wizard in close proximity to names like “Imp” and “Tenacious”, boats of immense historical importance,” commented David and Peter Askew.

“When Peter and I were young boys we idolized these boats and the sailors that crewed them and dreamed of having our own success someday. We think a real measure of success is to earn the recognition of your peers. To be recognized by a group of peers on the other side of the Atlantic Ocean is a true honour! To be awarded the Somerset Memorial Trophy is something we will always be very proud of.

“Peter and I have always operated on the principle to have the best tool possible for the job. That being said, everything else counts too, plus a little luck. We had the perfect storm of all of the above. We set out to win the Atlantic Ocean Racing Series and we felt the VO 70 would be the best platform. Charlie Enright, Mark Towill, Will Oxley and the rest of the guys did the real work. All said and done, we think our success is proof that our process works.

“We are disappointed to not be able to personally accept the Somerset Memorial Trophy. Peter has foot surgery some days prior and I must remain in the States to receive an award from my local Yacht Club (Annapolis Yacht Club) that same night. We will have a crew member, Roy Disney in attendance to accept on behalf of the entire Wizard team.” 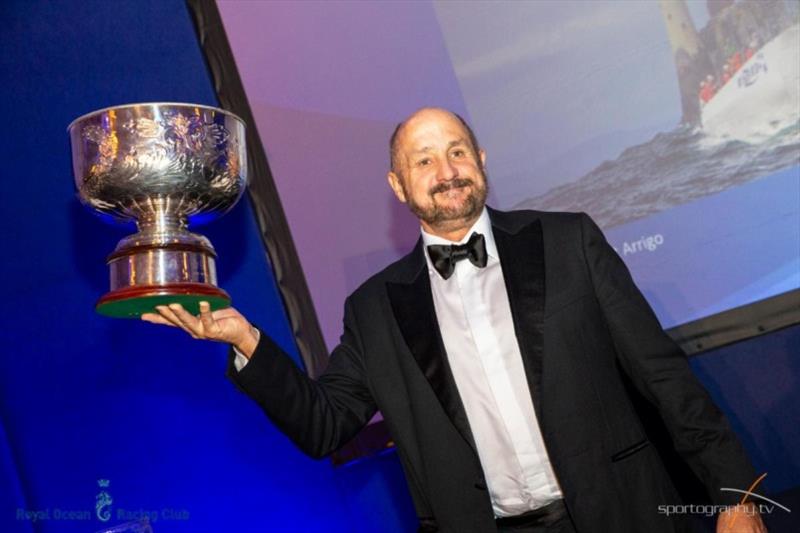 After the prize giving, guests partied until the early hours with a live set from Brando, courtesy of RORC partner Sevenstar Yacht Transport. Fastnet Marine Insurance also supported the event, as they have done for the last 11 years, along with William Grant & Sons Distillers and Ocean Safety.

The 21st edition of the RORC Season’s Points Championship will start on 23rd November 2019 with the RORC Transatlantic Race. For more information: rorc.org