Since Francis Joyon’s win in the last Route du Rhum, the IDEC SPORT maxi-trimaran has been in the yard for her winter refit and repairs following what was a very tough Route du Rhum.

Since that race, Francis has announced he will be taking part in the autumn in an ambitious programme of records in Asia. This will take him to China, before he tackles the legendary Clipper Route between Hong Kong and London in early 2020.

Before that, the trimaran that won the last Route du Rhum-Destination Guadeloupe will be out training and sailing, starting with competing in the Round Belle-Ile Race this weekend. No fewer than 355 competitors will be taking part in this eleventh edition. 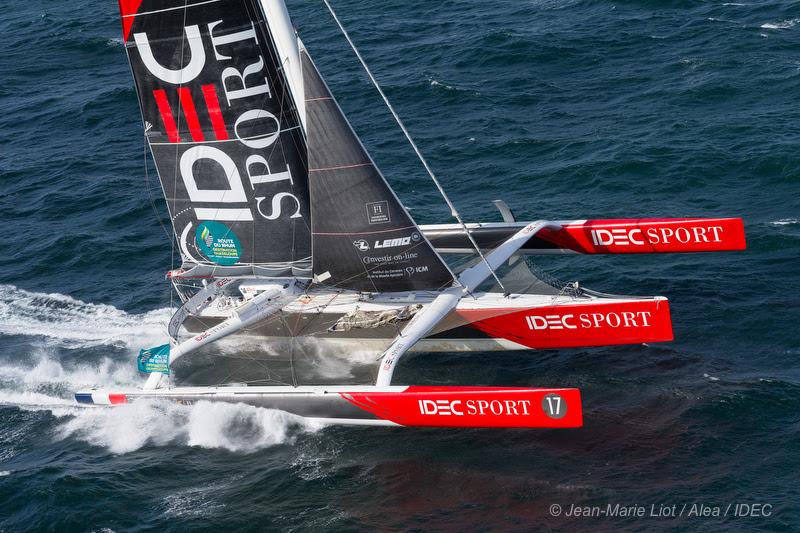 The eleventh Round Belle-Ile Race starts in Quiberon Bay at 1000hrs local time on Saturday 18th May. This is a 42 nautical mile race around the island on the direct route, which means around fifty miles will actually be covered. This will be Francis and IDEC SPORT’s third attempt at the race.

Francis remembers taking part in the second edition back in 2009 and again in 2012 with his previous IDEC SPORT maxi-trimaran. Francis Joyon: “This is a great event and nice to sail. As we’re practically on the start line, I couldn’t miss out, particularly as the weather forecast looks pleasant with a 15-20 knot westerly wind expected. The record to beat was set by Sébastien Josse on Gitana 11 in 2011 (02h42) and it can be smashed, but it will depend on the wind conditions, as there is some uncertainty about the forecast and the wind might not strengthen until late in the morning on Saturday. Aboard IDEC SPORT there will be our usual gang, Antoine (Blouet), Corentin (Joyon) and Bertrand (Deslesne), who spent the winter working on the boat. They will be joined by Gwéno (Gahinet), Quentin (Ponroy) and maybe Bernard (Stamm) if he manages to find the time.

Important refit to prepare the boat

“During the last Route du Rhum the boat’s structure suffered quite a bit particularly around the daggerboard housing,” explained Francis Joyon. “Our work this winter allowed us to get everything back in shape. We did some work on the electronics and deck hardware. We changed the trampoline nets and replaced the cables on the boat with ones that should last longer. The aim of this work was to make IDEC SPORT as reliable as possible as we are looking forward to sailing 25 to 30,000 miles this year.” 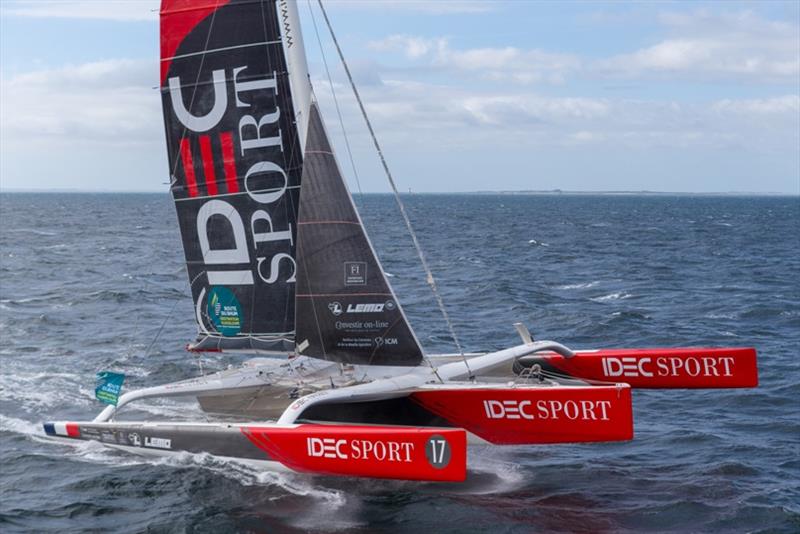 In the autumn, IDEC SPORT will be heading to Asia

Francis Joyon and his partner, the IDEC Group have come up with a new programme of records taking them to Asia. This programme called the 2019-2020 IDEC SPORT ASIAN TOUR will open up some new horizons for the IDEC SPORT team and allow them to discover some new waters. To start this great adventure, Francis will be returning to the Mauritius Route, where he set a reference time sailing solo ten years ago. He will be attempting to do that too on four new race courses he is launching in Asia, where he hopes to set reference times for some new records.