Close to ten knots of breeze, and tropical sunshine, provided splendid weather for a memorable day of racing. By early afternoon the wind began to fade, but there were big grins all round after a stunning day of action in the Eastern Solent.

In IRC One, Tony Mack’s J/111 McFly still leads after four races. Tokoloshe III is second and James Gair’s Mills 39 Zero II in third. In IRC Two, Simon Perry’s J/109 Jiraffe drops to second place after a stunning performance by David Franks’ Cowes based team racing J/112E Leon. In Race 3 Leon took line honours, and the win on corrected time, by a significant margin. Race 4 was also won by Leon, but the team was pushed all the way by James Harayda’s Sun Fast 3300 Gentoo, which includes Dee Caffari amongst the crew.

“The boat won the Quarter Ton Cup in 1980 as Bullit. Sam Laidlaw restored her last year and is now part of the Cowes Quarter Ton fleet,” commented BLT’s Brett Aarons. “There is really close racing in the class, although the boats come from different eras, after similar renovations, they are very close in speed. Light airs tend to suit the quarter tonners on corrected time because we have a large sail area for the size of the boat. For this regatta, north off the start line seems to be favourite. There seems to be a bit more wind coming out of Southampton Water. We are delighted with our results so far, and it is great to be back out racing again.” 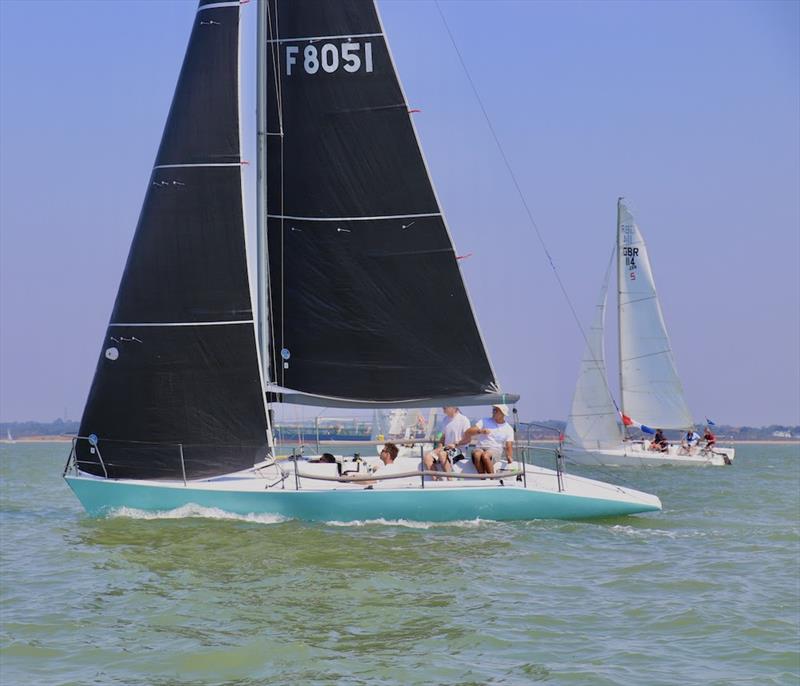 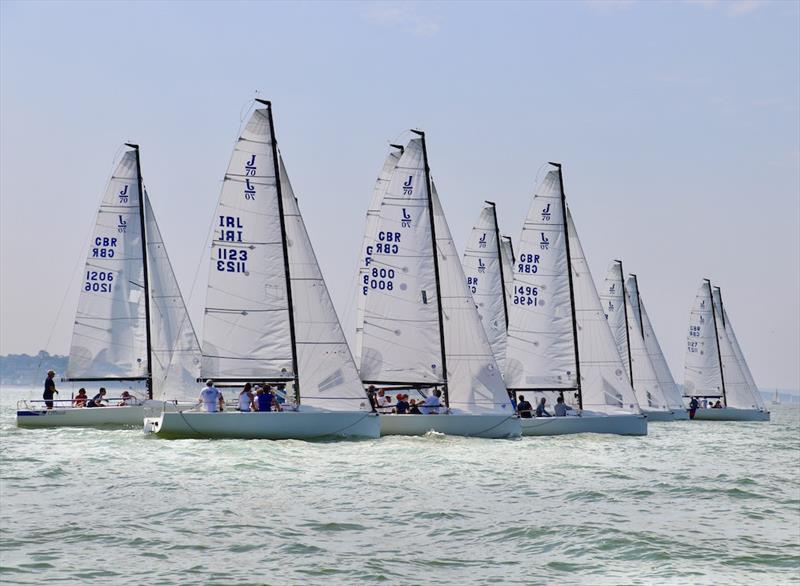 Johnathan Calascione has been racing for five years in the J/70 Class and is a past UK National Champion, but the current team is new. Among the Calypso crew are helm James Peters and Fynn Sterritt. The pair narrowly missed 49er selection for Great Britain in the 2016 Olympic Games. 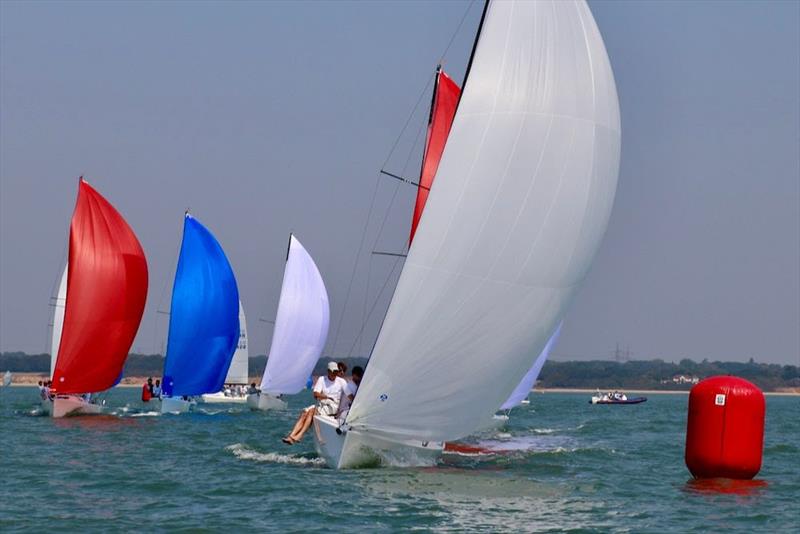 “This is the first time that this new team has lined up in a big fleet of J/70s and we are thrilled,” commented Johnathan Calascione. “We are not in any way going to let the success go to our heads – there is a long way to go. Our destination was the European Championships this year but that has moved to next year, and we are not good enough to compete at championship level yet. However, Calypso will do all of the UK events this year and also the Italian events”

In the XOD Class Peter Baines’ Felix won both of today’s races to take the lead in the regatta. Tim Harding’s Calypso is now second. James Markby’s Xpeditious retains third. 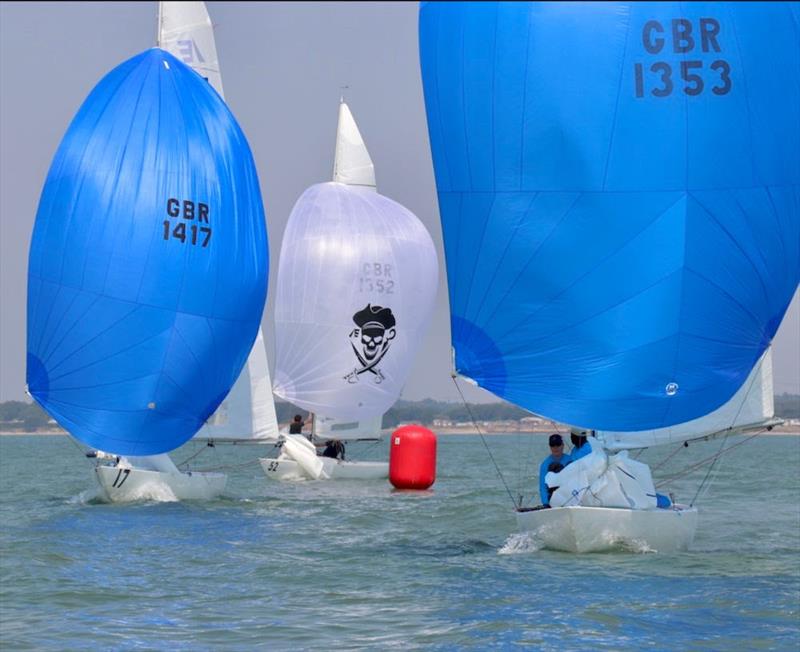 In the Etchells Class, Malcolm Offord’s The Plant Hunter still leads the class. Nicholas Stagg’s China White scored the best results of the day (3-2-1) to move up to second place. Shaun Frohlich’s Exabyte is just a point behind China White in third.

Malcolm Offord only started racing in the Etchells Class last year and the name of his boat ‘The Plant Hunter’ quite literally comes from his roots.

“We had a great day today and I am absolutely thrilled, I hadn’t really stepped in a boat until a year ago,” commented Malcolm. “Growing up in Greenock, every morning I looked out over the Clyde and thought it would be lovely to go sailing. It has taken me until I am 55 years old to do it! Back in the day, all of the best gardeners in the world were Scottish, and they went around the world collecting plants. So rather than the boat being a pot hunter, we are a plant hunter. There are two days to go and the standard is very high, so bring it on!”

With a perfect score of three wins Mike Wallis’ J/122 Jahmali is the firm leader in the VPRS Club Class 1. Michael O’Donnell’s J/121 Darkwood was second in both races and moves up to second in class. David Hitchcock’s XP38 Red Five is third after three races. In VPRS Club Class 2, today’s race winners were Jonty Sherwill’s dayboat Cockleshell and the Greig City Academy’s Intro22 Riot, skippered by Kai Hockley. Cockleshell is now leading the class by a single point from the Greig City Academy’s Eros, skippered by Azat Ulutas. Riot retains third place. 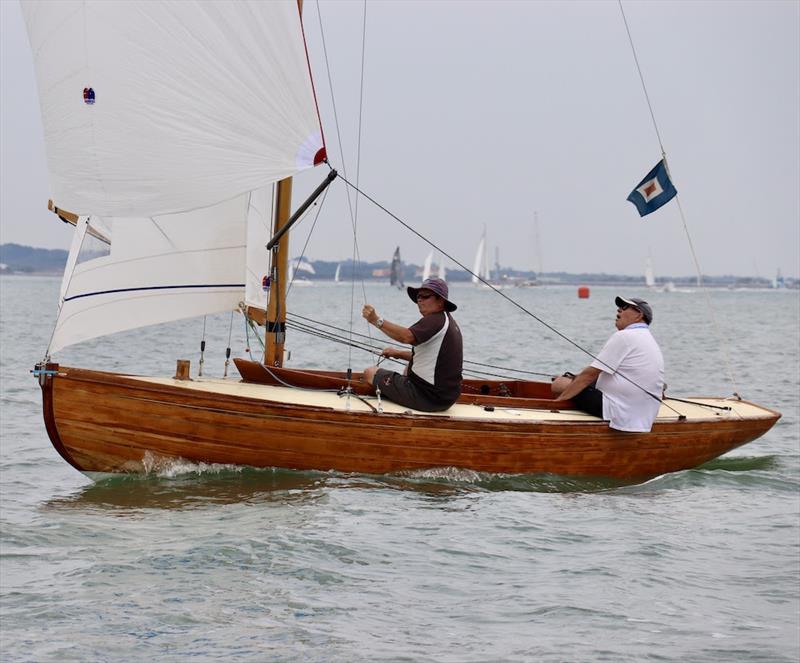 Today’s race winners were awarded caps from regatta sponsor Antigua Sailing Week. North Sails Regatta Coaching was once again out on the water offering advice for all the fleet in between races. Ronan Grealish and Jeremy Robinson were today’s experts from North Sails.

All of the racing, race management and facilities ashore are organised in line with HM Government guidance and regulations on Covid -19. The regatta is raising money for charities Solent Mind and Hamble Sea Scouts. Racing at the Royal Southern Yacht Club August Charity Cup continues tomorrow Monday 10th August.