Racing Townsville Yacht Club’s (TYC) SeaLink Magnetic Island Race Week (SMIRW) got under way late today as race officials waited for the light south-easterly wind to fill in, and when it arrived shortly before 12.30pm it was a magic day’s sail, the breeze peaking at 14 knots, but averaging 8-10 knots.

While the heavier boats would love to see more breeze, the lightweights are revelling in the light airs dished up this week.

TYC Rear Commodore, Tony Muller and his wife Selena, pulled off their first win today in Division 3 with Brava. “We couldn’t have sailed better today – we won our first Yellow Hat,” he said.

“The race started out light, but when we got to the bottom mark it reached 12 knots, and 14 for a minute – it only lasted an hour or so, but it was enough – down a very shy kite run,” Muller ended, enjoying a few celebratory drinks with the crew aboard his Jeanneau Sun Odyssey 409.

Division 3 is presently led by Eddie Mackevicius’ Merlion from Victoria, but only by two points to two other Queenslanders; Daniel McSweeney’s Brigus and Paul and Angela Woodma’s Summer Wind. Tomorrow’s final race will be telling.

A couple of doors down on It’s Time, notable Mooloolaba yachtsman, ‘Sir’ Robbo Robertson, was comparing his older narrow boats to the wide stern on the new Bavaria C45 Ambition: “Big arses are in – it’s the fashion,” Robbo said with his trademark grin.

“We didn’t do so well today. We’re no longer in the lead with the other two – I think we’re fourth if we’re lucky.” He’s actually third overall, despite finishing 11th in Race 4.

With his usual humour, Robbo maintained: “The handicapper considers we are a sports car, but in fact we’re a horse and dray! Today was only the 10th time we’ve sailed the boat, so we’re still in training. 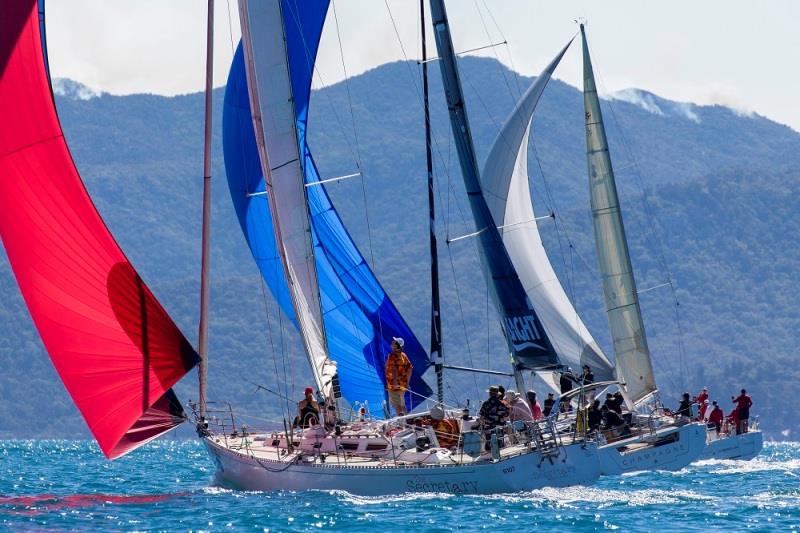 “The boys and girls are sailing well,” he added, “but we’re also here to enjoy ourselves and the boat – which is for sale, by the way. It’s a good regatta this one,” he ended.

Ian Edwards has retained the Division 2 lead with Wings (NSW), while Peter Lowndes and his Wine Dark Sea are just two points behind; the latter gunning for an overall win in 2019. I disappointedly missed Wine Dark Sea’s song time today, so I was chuffed when they gave me a verse of Queen’s Scaramouche as I passed by.

Down on the next marina is Star Ferry, a well-performed IOR boat of yesteryear when owned by John Conroy in Sydney. Owner of nearly 20 years, John Brand, found her in a poor state, but bought and restored the 39 footer to her former glory. She looks just as I remember her from the eighties and nineties – a lovely blast from the past.

“I kept her in her IOR format,” Brand commented late this afternoon. We race it regularly and this is our third time to Magnetic Island Race Week. It’s a fun regatta; we did pretty well last year, but not this year. Today was a bit of a bugger – we probably chose the wrong sails. We always have a different crew on board and keep the boat in the Whitsundays,” the Queenslander said. 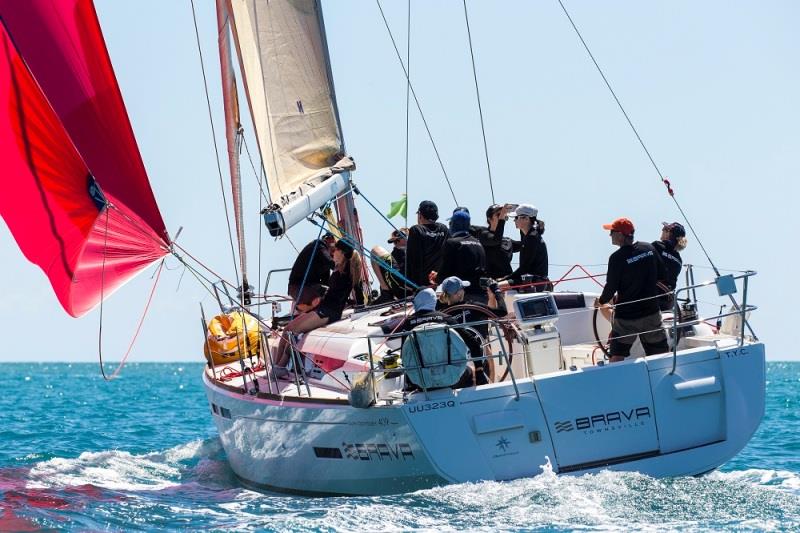 Down on Charles Weatherly’s elegant Jeanneau 509, Smooth Operator (Vic), I found Derek and Nicole Sheppard from Sydney had stowed away. The couple was supposed to be here sailing Black Sheep (yep, the Sheppards have a sense of humour) but broke their keel at the earlier Hamilton Island Race Week. “We were pushing it too hard,” Derek confided.

“It’s fantastic here – we’re really enjoying the week – our first time here,” he said. “It’s even better than we expected. It worked out well; the Ballarat farmer (Weatherly) picked us up, so we’re happy,” he said sitting undercover on deck with a drink in hand.

Nicole added: “We’ve been match racing Verve and Fuzzy Logic. We are two line honours for two with Verve, so it’s on tomorrow with them. Smooth Operator is going to drink Verve…” 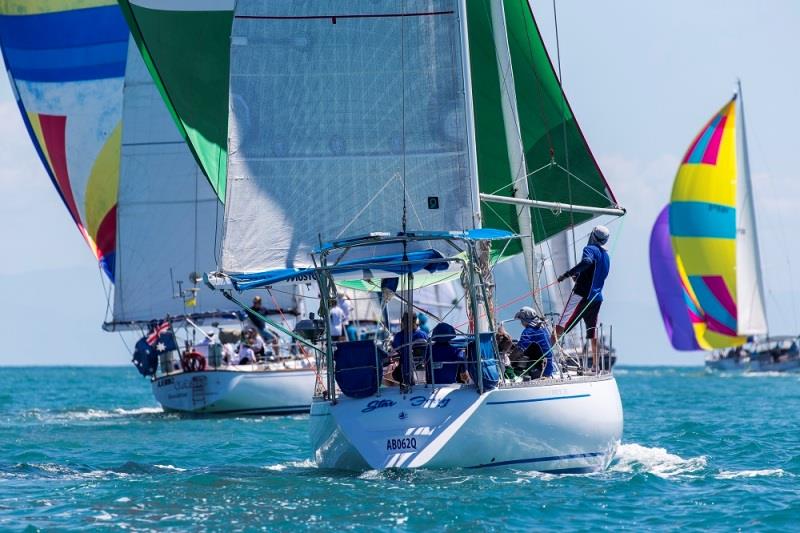 Racing concludes at SeaLink Magnetic Island Race Week with one final race tomorrow, starting from 11am. 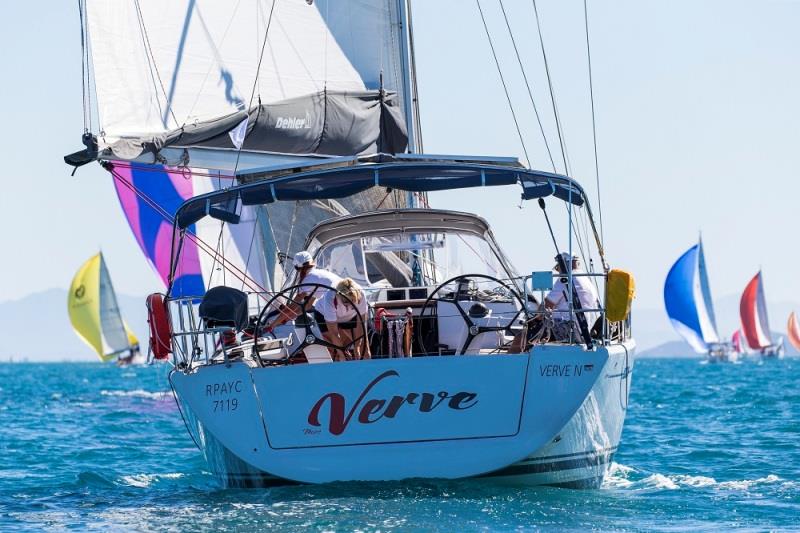