The final day of racing in the Bayleys South Island Young 88 South Island Champs saw an epic tussle between Craig Edwards’ team on Flying Machine and defending Champion Harry Thurston on One Way.

A win and two seconds on the final day was enough to secure the win for Flying Machine’s “Team Machine” who reclaim the trophy they lost to Thurston last year. “The calibre of competition is a real credit to Young 88 class racing in the South Island” Edwards said noting the close competition amongst the fleet this year. 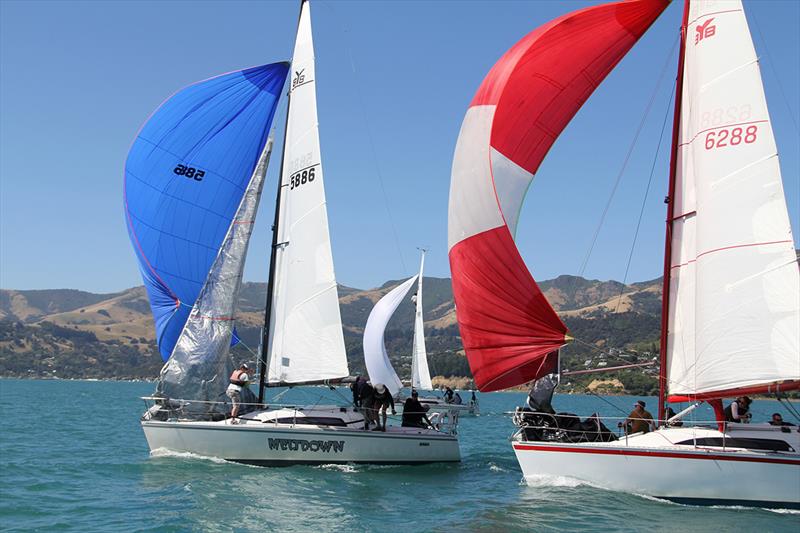 In third place was Meltdown (Gil Smith) who piped Rick Hailfax with First Class on countback for the podium finish. Sailing in ideal conditions on Akaroa Harbour on Saturday there was an anxious wait on a calm Sunday morning before the sea breeze filled in and racing got under way. Thurston, a former Team New Zealand member and America’s Cup World Series sailor won the trophy last year in Lyttelton.

With other Akaroa based sailors Thurston has recently acquired Auckland based Young 88 Undercover and is expected to make his mark on the Young 88 scene at the Harken Young 88 Nationals in two weeks time. With great support from Norths, Harken, Mt Gay Rum and Oborns Nautical host Akaroa Yacht Club were thrilled with the success of the event and are looking forward to more top level keelboat racing at the Presidents Cup Canterbury Keelboat Champs this coming weekend.