Spindrift 2 was put back in the water on Monday 16th September in the presence of Dona Bertarelli, Yann Guichard and the Spindrift racing team.

The world’s largest racing maxi trimaran has spent the past few months being further optimised, as well as being fitted with new load bearing rudder plates, following the structural failure of the starboard rudder plate during the Jules Verne Trophy record attempt last winter.

The whole team was onsite at the Multiplast boatyard in Vannes this morning to help with the launch operation; this required careful attention down to the smallest detail, as the 40m trimaran was gently lifted into the water. 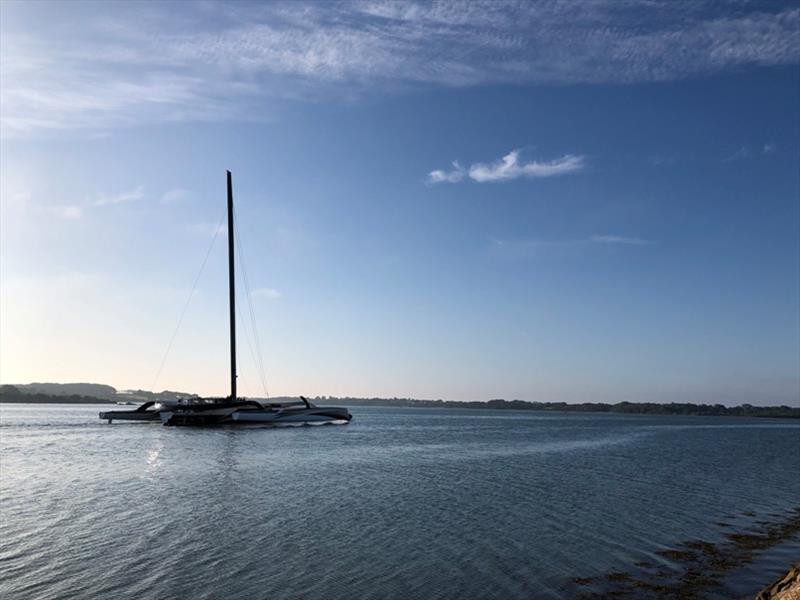 The operation was overseen by team co-founder Yann Guichard and Spindrift 2’s boat captain, Erwan Le Roux, who had also ensured that each stage of the refit went smoothly.

“We carried out a complete structural study of the T-rudders and worked on the aerodynamics, saved some weight and also did a complete check-up of the boat’s structure,” explained Erwan Le Roux.

Once its 32m tall mast is fitted, the trimaran will sail to its home port of La Trinité-sur-Mer. There, the technical team will finish configuring the maxi trimaran for record mode, before the Jules Verne Trophy squad begins a series of ‘inshore’ and ‘offshore’ training sessions during September.

The Jules Verne Trophy remains the team’s goal, with the two-month stand-by period starting on the 1st October. The challenge is to beat the record time of 40 days 23 hours 30 minutes and 30 seconds set by Francis Joyon on Idec in 2017.

Alongside the new racing season and the team’s future challenges, Yann Guichard and Dona Bertarelli are also delighted to announce changes to the management team at Spindrift racing. 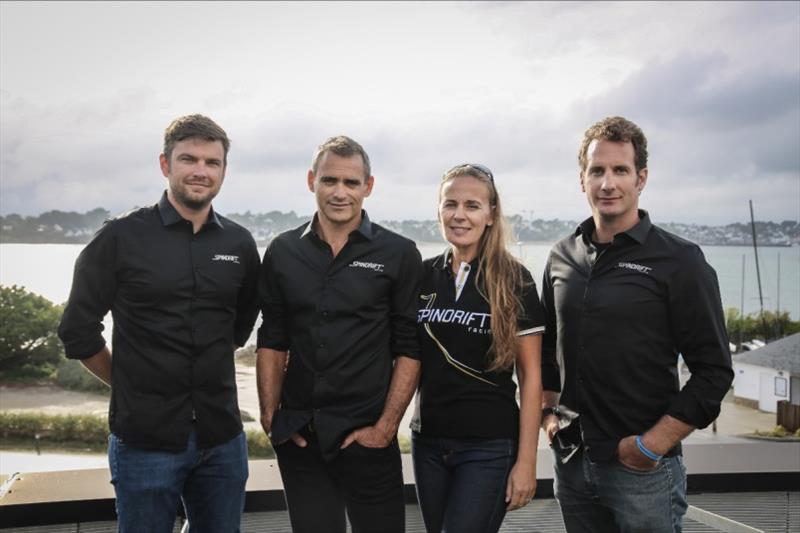 Léo Lucet, who, as Executive Director, has been one of the pillars of Spindrift racing since its creation in 2011, has taken over the management of all of Dona Bertarelli and Yann Guichard’s private affairs in Switzerland, of which Spindrift racing is a part.

“This represents a new challenge for him and is a development of the role he has had alongside us while managing Spindrift racing. Léo will remain in his capacity as Executive Director until the end of the Jules Verne Trophy attempt,” explains Dona Bertarelli.

Lucet will be succeeded as Executive Director of the Spindrift racing by Jean-Sébastien Chénier Proteau, who will be joining the team at its Saint-Philibert base in mid-October. 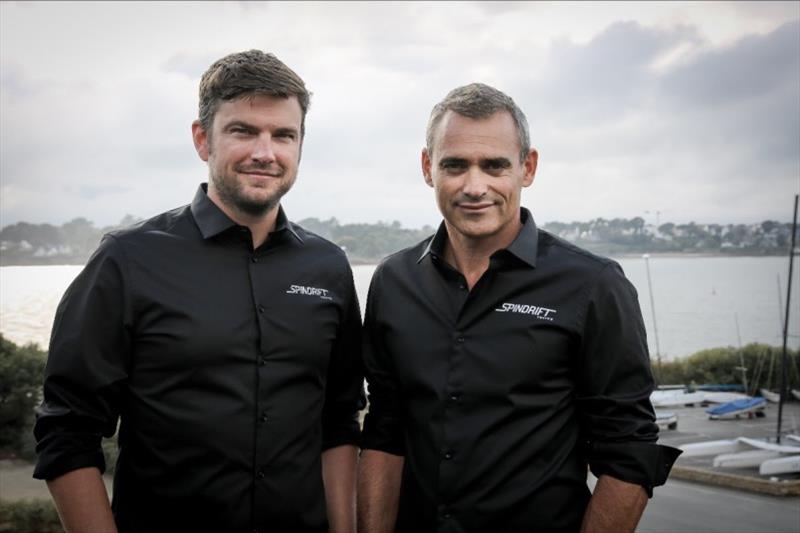 A key player in the industry for several years, the 36-year-old Canadian has worked on major international projects such as the America’s Cup with Groupama Team France, the victorious Dongfeng Race Team in the Volvo Ocean Race, as well as Oman Sail and SailGP. Chénier Proteau, who has a Master’s in Business and Administration, will be in charge of organising the administrative, technical and sports teams.

“We warmly welcome Jean-Sébastien and are delighted that he is joining the team. He will continue Léo’s work and use his broad international and managerial experience to continue developing our sports programme, both for the Jules Verne Trophy attempt this autumn, and also for the arrival of the TF35 in 2020,” concludes Yann Guichard.