In 2017, Nautor’s Swan launched the pivotal The Nations Trophy as a focal biennial event in the world of Swan One Design activity.

It is an event which celebrates the history and spirit of international sailing, revitalizes the concept of competition between nations, reflects the camaraderie and competitiveness central to the success of the sport. 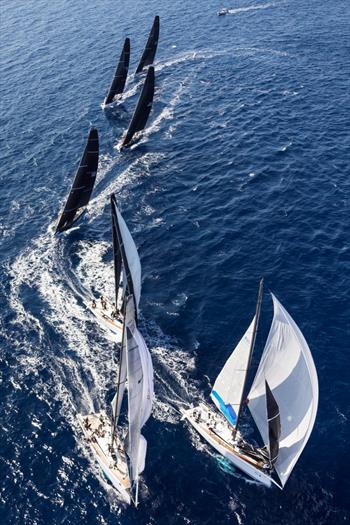 From 2019 the thrilling brand new ClubSwan 36 will be part of the Swan One Design fleet competing for the European Championship.

The Nations Trophy is decided by combining the place-positions of the two top-placed boats of each competing country. The winning nation is the one with the lowest place-position total and is awarded a brand-new perpetual trophy created by the high-end jeweller and silversmith Buccellati.

Following the success of the inaugural event in 2017, Nautor’s Swan extended the concept by introducing a season long league in the Mediterranean to maintain the spirit of gentlemanly competition between countries engendered by the original event.

In 2019, the league concept is extended to the Baltic as well with the Swan One Design North European League which will be held during the Nord Stream Race (Kiel, Copenhagen, Stockholm, Helsinki, St. Petersburg, Juan 22nd to July 5th).

The Nations Trophy is the culmination of the Swan One Design Leagues season; it will be hosted at Real Club Nautico de Palma from October 8th to 12th and Nautor’s Swan expect the participation of 40 yachts coming from all over the world and representing ClubSwan 50 class (17 boats), Swan 45 Class (9 boats), ClubSwan 42 Class (nine boats) and ClubSwan 36 Class (five boats).

CLICK HERE to discover the full 2019 Racing Calendar and the preview for the next years.