Ha Long Bay, Viet Nam Skipper Josh Stickland reports: “It has truly been a very difficult day. I think the crew have done more sail changes in the last 24 hours than they have done in the last 24 days.

“Depending on which forecast you look at, we may be in by breakfast. Or if you believe another forecast, we will be stuck in a windhole floating around looking over our shoulders.”

Dare To Lead, currently in fourth place, has been chasing down the stern of Ha Long Bay, Viet Nam since the end of the Doldrums Corridor some two weeks ago. With less than 15nm separating his team from third, Skipper Guy Waites said: “It started straight away at 0600 UTC; six sail changes in two hours and that was only the beginning of the avalanche of thunderstorms, wind shifts and other funny weather effects we encountered throughout the day. 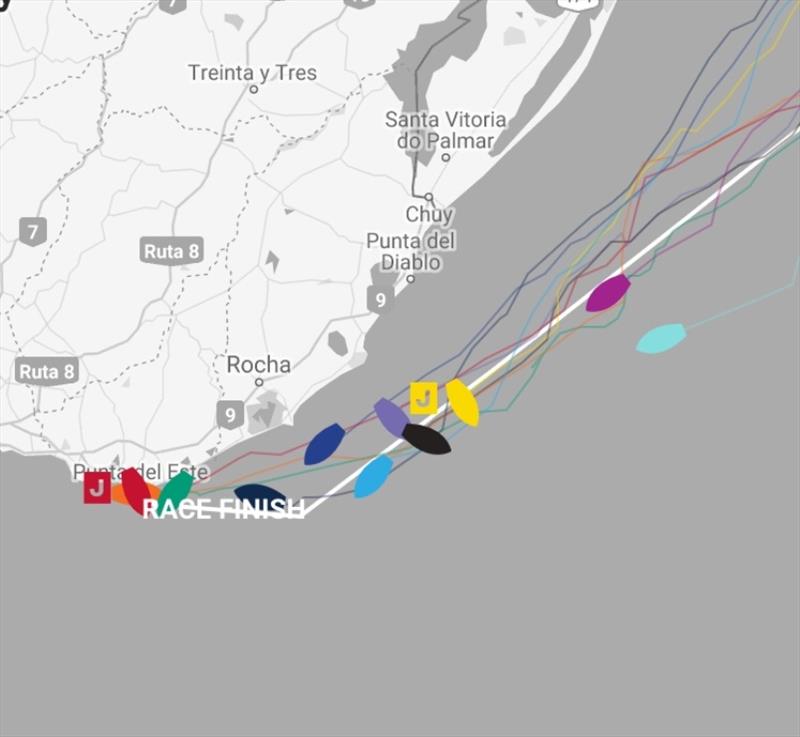 “All that under torrential rain, lightning, the sky was literally sparking around us, AWESOME! The crew has decided to push harder on the last 24 hours, with Zhuhai closing in and us closing in on Ha Long Bay, Viet Nam.”

Mid-table positions are still all to play for with a mere 20nm separating fifth to eighth, but the main focus for all yesterday was to navigate the tumultuous squalls. Ian Wiggins, Unicef, explains: “Squalls galore!! Clouds that look like they descended from MOUNT DOOM arrived in the afternoon. At first they looked like any normal thundery rain clouds. But, these clouds suddenly reared up like monsters above us. The clouds turned night to day and laughed at our feeble attempts to outrun them. The low, thick cloud was beautiful and the lightning has been breathtaking – if not a bit scary at times.”

Every race point is precious over the eleven month circumnavigation and at the back of the pack Imagine your Korea has overtaken GoToBermuda with just 140nm of the 5,196nm race to go. Imagine your Korea Skipper Mike Surridge describes the last 24 hours at sea: “As the miles passed and the beads of the abacus are gently slid from one side to the other counting the miles down, we were all focusing on the finishing of the race. Little did we know that we were sailing straight into a battle between Zeus and Neptune.

“With Neptune whipping the seas up and Zeus throwing the most spectacular bolts of lightning into the sea and across the skies, while the contents of olympic size swimming pools were dumped on our heads. We were quick to drop our spinnaker, the winds rose quickly and the speed of our magnificent sailing machine accelerated like a startled gazelle topping at 18 knots. Fortunately during our Equator crossing we gave suitable gifts, so Neptune looked after us well and cleared a safe onward passage to Punta del Este with plenty of opportunity to witness the amazing show being put on before us.”

With arrivals into Punta del Este expected to take place all day and into the early hours of Monday morning, what will the final leaderboard of Race 2: The Commodore’s Cup look like? Keep an eye on the Race Viewer to find out!

A warm Uruguayan welcome awaits the Clipper Race fleet in Punta del Este. For all the activities planned for both the crew and in the Fan Zone at the Yacht Club Punta del Este, see the Host Port page on the website.