Richard Palmer’s British JPK 10.10 Jangada was presented with the RORC Transatlantic Trophy in Grenada at a ceremony and prize-giving banquet held at Camper & Nicholsons Victory Bar and Restaurant. Racing Two Handed with Jeremy Waitt, Jangada scored the best corrected time under IRC to win the race overall and completed the 3,000nm race in 17 Days 10 hrs 11 mins 06 secs. Jangada is the first Two Handed team to win the antique sterling silver trophy, as well as the smallest boat to do so. 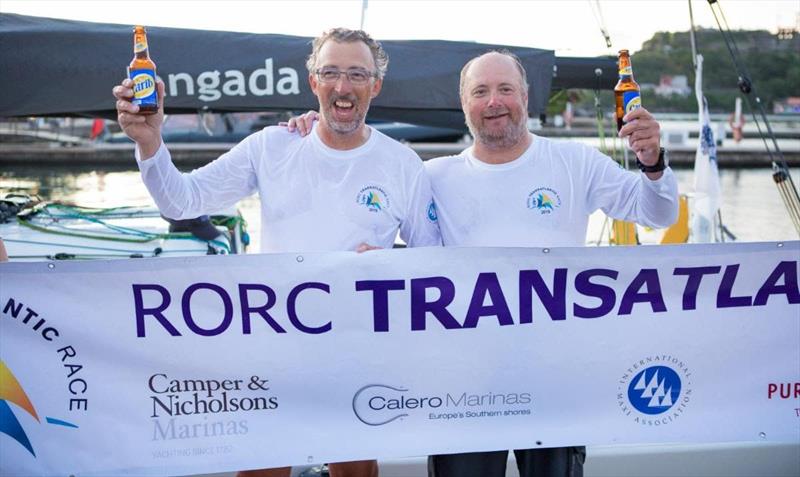 “This win absolutely exceeded all our expectations – a great start to the season!” commented Jangada’s owner, Richard Palmer. “The competition out there certainly gave us a run for our money – Childhood 1 was doing 20 knots and we could never match that speed, and Pata Negra 12 knots, but we just said ‘bring it on’ and we raced hard all the way to the finish. Persistence and perseverance were the key to keep going for each three-hour watch. It was hard work but it paid off. It is absolutely fabulous to be back at Port Louis Marina in Grenada. We were here two years ago and we are looking forward to celebrating for a few days.” 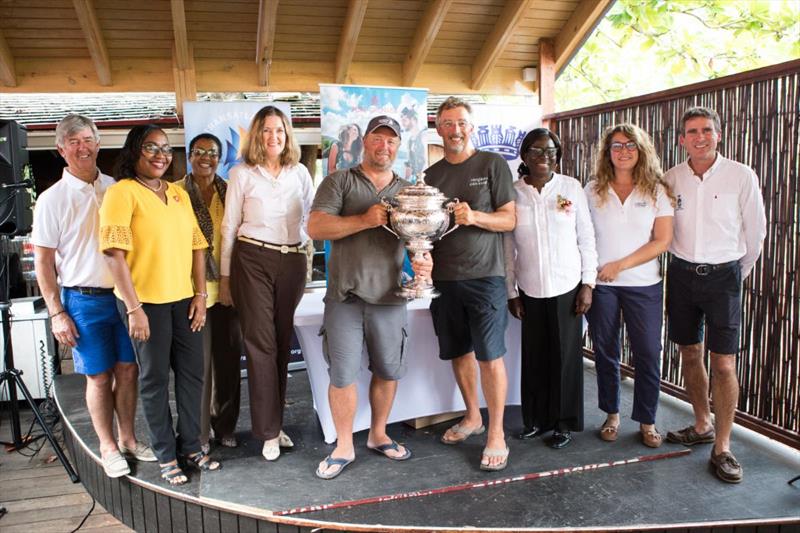 For Jangada the decisive strategy was using weather forecasts to decide on the optimum route to Grenada, as Jeremy Waitt explains: “It was a progressive strategy; going to a certain point and then making the decision based on the forecast, trying to pick a route through. The big decision came on day 5, whether to stay north up against the high pressure or dive south for more breeze. By day 7 there would have been no get out, we would be committed. It was always going to be a bit of a gamble, but we managed to pick our way through a few light patches and when we got into the breeze we kept pushing. Jangada kept moving and although the boats to the south were faster, they were going a long way to get to the breeze. We think we got the navigation right and it’s great to be here and to have won the race.”

About 1,000nm from Grenada, Jeremy Waitt fell overboard while re-setting a twisted spinnaker. Jeremy was clipped onto the boat using a tether which is a requirement for all RORC offshore races. The sea state was up and had Jeremy not been tethered to Jangada, he would have disappeared from sight very quickly: “A wave caught us and I went straight over the side,” explained Waitt. “I was being dragged at seven knots and that is a moment when you think about a few things, when you are in the middle of the ocean. The survival gene kicks in fairly quickly and it was a good bit of team work to get back on board. I have a few bruises but I don’t think Richard was too impressed as I was slowing the boat down! When I was safely back on board, Richard said, ‘shall we have a cup of tea?’ I replied, let’s get the spinnaker back up first!” 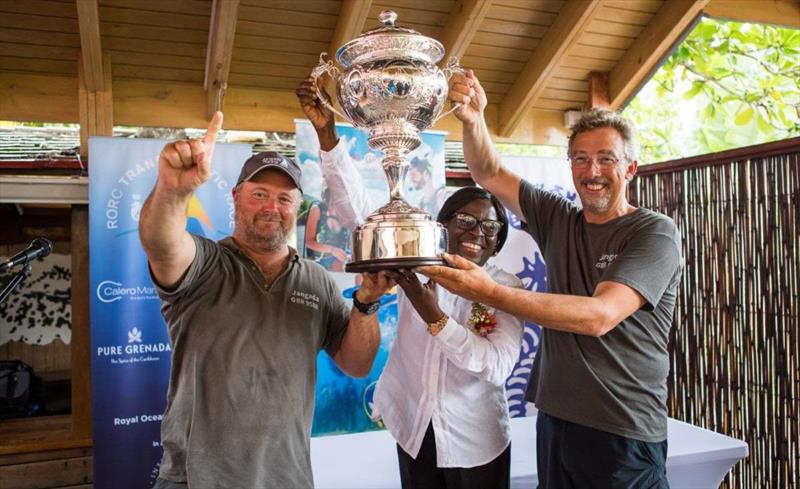 Benedikt Clauberg’s Swiss First 47.7 Kali was the final boat to finish the RORC Transatlantic Race. Crossing the line at 19:28:19 UTC on 11 December, the crew were in time to join the prize-giving party and also celebrate finishing the race for the second year in a row.