Saturday has been the last day of the 12th Puig Vela Clàssica regatta, which gathered the world elite of classic sailboats, in which the Guia, Argos, Marigan, Fjord III, and Moonbeam of Fife were the winners. Starting July 11th, over 500 yachtsmen and 44 sailboats from nine different nationalities competed for one of the most prestigious trophies in the Mediterranean.

Sportsmanship, beauty and emotion until the last minute

It was a good final for the 12th Puig Vela Clàssica despite the bad wind forecast in the Barcelona race course, skillfully solved by the committee. Right before 1:00pm, when the race was programed to start, the fight between the East wind and the South thermal wind left the Barcelona coastline virtually becalmed. With a little patience and an almost 2-hour delay awaiting the arrival of the thermal wind, the start procedure could finally take place for the five categories, which competed different legs between buoys. The 6-knot strength increased to 9-10 knots, which allowed for a fast race, ideal to solve the mystery of the final winners.

With 6 miles ahead go, the Classic 1 start was already showing that there was a great deal at stake, when the Outlaw attacked and the Guia defended herself, in an attempt to punish her and to try to level off the score difference with which they started this critical race. With little difficulty, the leading Guia didn’t fall into the trap; she successfully overcame the assault, and played the race close to her rival during the whole course. Her particular battle was leveraged by an inspired Yanira, to even the score with the Outlaw in the general classification and steal the second position, thanks to her better partial scores. 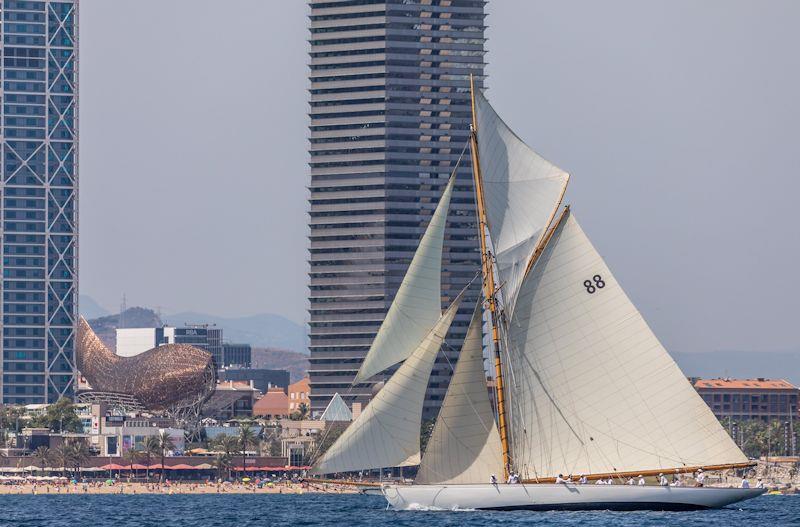 Things went on more smoothly in the Classic 2 category, considering that the virtual leader Argos had enough advantage to avoid unpleasant surprises. She just had to avoid mistakes, and so she did, obtaining her third partial victory and proving to be the best boat/rating/crew team. Today, she was followed by the Madifra 2, which tried to steal the second position to the Ojala II, whom, despite being fourth in today’s race, defended her second position in the final podium.

The final 5-mile race has been very intense for the Vintage Bermudian fllet. The two leaders, Cippino and Fjord II, stood out from the rest of the fleet and raced one another right from the start line. They sailed solo on the first close haul to the left, the Uruguayan arriving ahead to the first mark and leaving the Argentinian Cippino quite behind. So much so that she added a sixth to her partial score, and a third by the Fjord II, which allowed her to win the overall race. Meanwhile, the Mercury also took advantage of the open space to slip in without asking permission and won the race, which allowed her to overcome the Argyll on the final chart and obtain the third final position. We must highlight the fifth position for the Italian 12-meter Emilia Prima, and the seventh for the 12-meter La Spina, two jewels built in 1933. 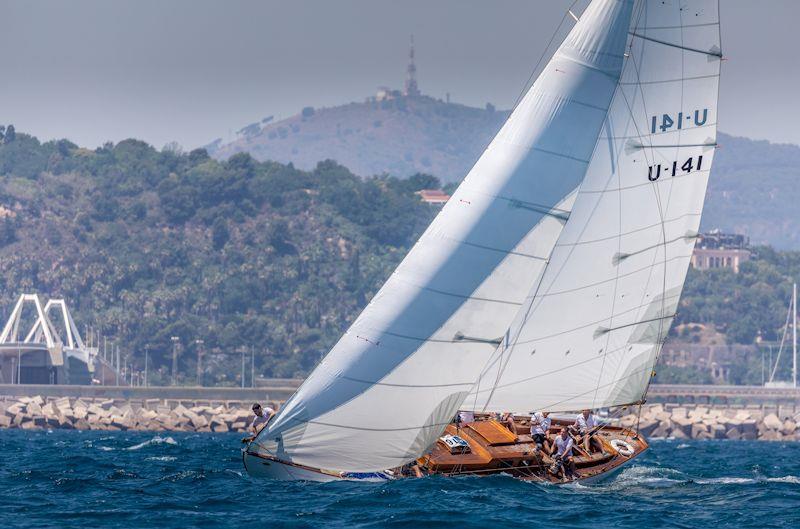 But the most technical and beautiful start was made by the Vintage gaff-rigged, where the Marigold, Marigan and Veronique started the day in equal points in the provisional score. The Marigan gave a true tactical lesson, when, despite her lower length, managed to take the Veronique off the starting line, who lost some valuable seconds to correct her advancement. Not only that, but she also made her sail uneasily for the first half-mile till she left her trapped at Freda’s leeward. The three main vessels arrived almost at the same time to the first close-haul, and the Marigan’s lower rating left her leading the duel. With no surprises on the following legs of direct courses until completing the 5 miles, she won with both the time compensation and the final score. The Marigold, who very cleverly left her two rivals to fight at the start, finished the day’s race, as well as the general classification, on second position, while the Veronique closed the very contested podium.

The Moombean of Fife confirmed her leadership of the Big Boats fleet, achieving today her third partial win before the Halloowen by a narrow 1’24” minutes margin, while the Black Swan ended up third, quite behind. Exactly the same order seen in the final podium of this category, which keeps contributing their grandeur and impressive lengths to the Puig Vela Clàssica. 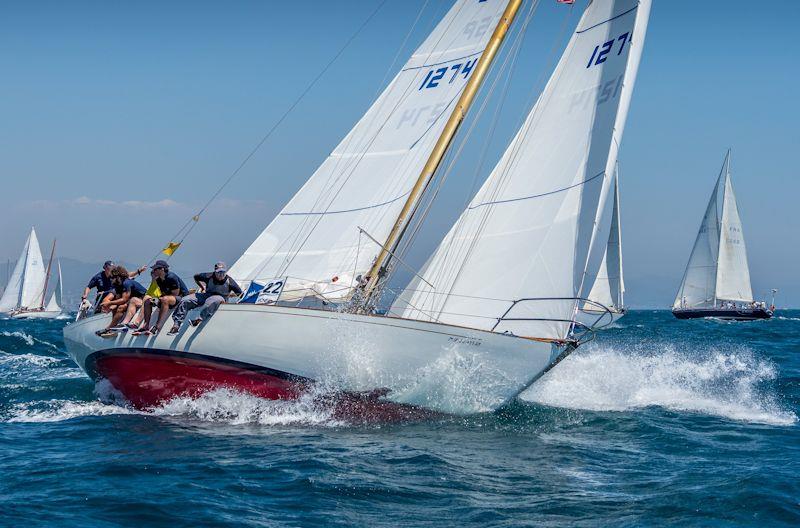 This afternoon, the prizes of the 12th edition of the regatta were awarded at the premises of the Real Club Náutico de Barcelona (RCNB). The winners of the 12th Puig Vela Clàssica were, by category: Guia (Classic 1), Argos (Classic 2), Moonbeam of Fife (Big Boats), Marigan (Vintage graff-rigged), and Fjord III (Marconi). These vessels received their awards from Marc Puig, president of Puig. Marigan and Guia were also awarded the Enrique Puig trophy.

Likewise, the Trofeo Juan Sebastián Elcano trophy was awarded to the Marigold (1892), being the oldest boat in the competition. The trophy is part of the commemorative acts of the Spanish Army to pay tribute to the 5th Centenary of the first round-the-world expedition in the history of navigation, completed by the Magellan-Elcano expedition. With this award, the Puig Vela Clássica regatta remembered this great feat and celebrated its anniversary. 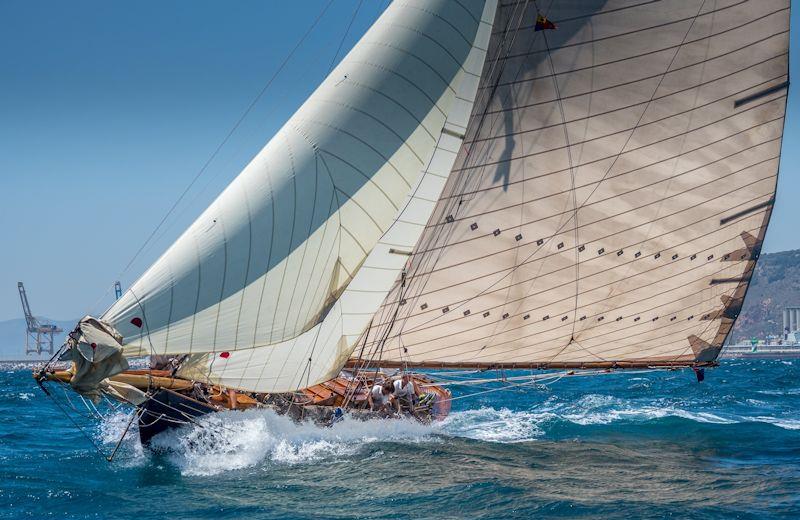