Hobart’s Derwent River played fair for the summer Zhik 9er Australian Championships incorporating the 29er, 49er, and 49erFX skiffs, between 8 and 20 knots of breeze over five days in early January allowing the full roll-out of 16 races.

While the interstate Rolex Sydney Hobart fleet dribbled out of Hobart, the little boat crews took over the river from January 2 – 7, enjoying reasonably consistent breeze other than the daily transitory shutdown as the dominant south-east pressure squeezed out the morning northerlies.

New South Wales, Sail Sydney and Sail Melbourne champions in the 29er skiff, Archie Cropley and Max Paul, stormed home on an 18-20 knot Derwent River seabreeze to snatch victory from seven points down at the end the penultimate day. 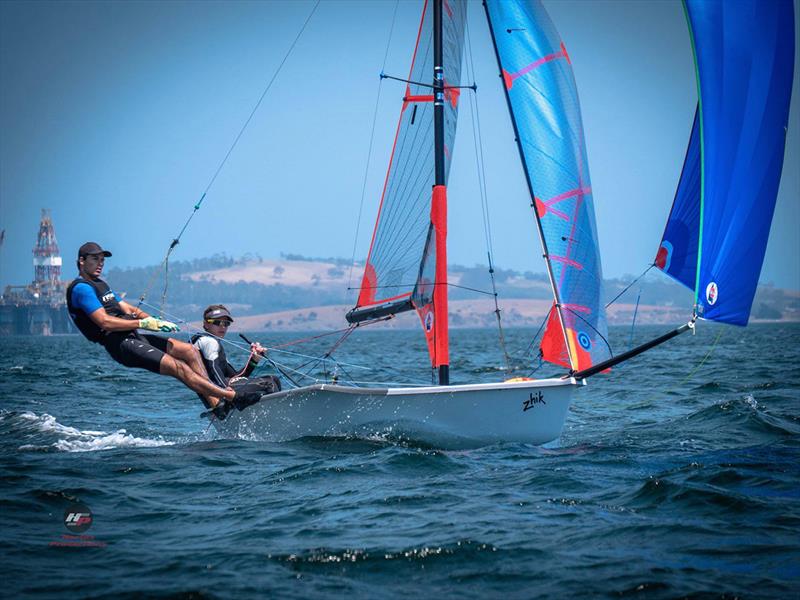 Late in the game things went awry for the Tasmanian runners-up, the local pair of William Wallis and Fynn Sprott suffering a major setback with a race incident disqualification in race eight, adding to their black flag starting penalty in race nine. 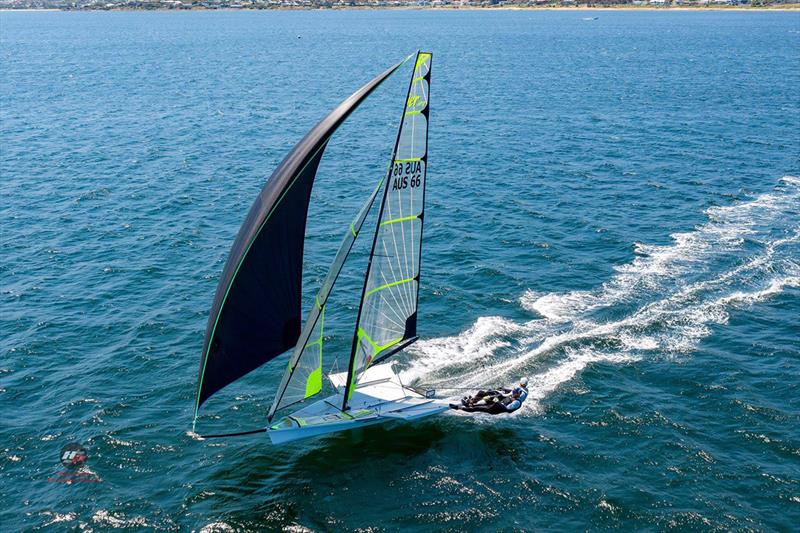 In the 49er, Victorian brothers Will and Sam Phillips sealed the perfect score of 16 wins from 16 starts and the joke around the boat park at the host Royal Yacht Club of Tasmania centred on whether anyone could take one off the perfectly synched siblings. The key challengers couldn’t manager any closer than a boat length.

For Sam Phillips the nationals marked his return to the track following a second round of surgery, to remove the plates in his foot from the first operation following an injury sustained during last season’s SuperFoiler series. “We always expected to sail at our best in Hobart; winning the nationals was the goal. We had really good conditions and it was good to be back in the boat after a long absence. It’s been a bad injury and I’m not completely back to full strength but for sailing purposes it’s not limiting. My confidence is growing with each training session.”

Second 49er was the Victorian team of James Groggan and Charlie Dixon and third was Ollie Manton and Jack Lloyd sailing for Port Phillip’s Royal Brighton and the Royal Geelong Yacht clubs. 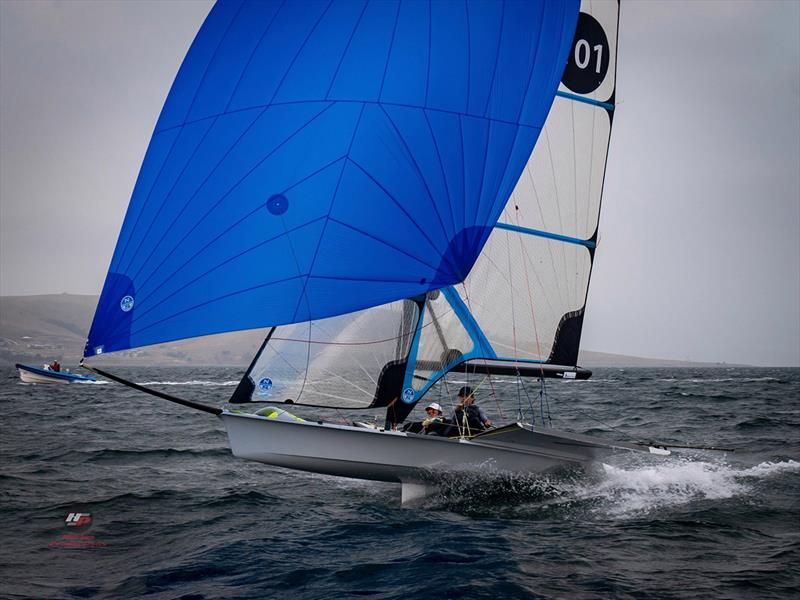 Sydney based John Cooley and Simon Murnaghan staged a superior performance in the 49erFX, their worst score a second and a combined series results putting them well out of reach of the second-placed Tasmanians Jasmine Galbraith and Chloe Fisher. Third was the Victorian duo of Laura Harding and Laura Thompson.

At the end of January an Australian squad of 9er sailors will head to Auckland, New Zealand for a three-week training camp ahead of the European season which includes important test events for Tokyo 2020 country qualification.