The four divisions of the BMW ORC class include 70 boats and 20 nationalities, constituting over half of the total fleet at the 38 Copa del Rey MAPFRE.

In both numbers of registered participants and their traditional history at the event, it is the one of the most closely observed fleets of the Real Club Náutico de Palma’s regatta.

The Copa del Rey MAPFRE is the Mediterranean’s multi-class regatta par excellence; with a combination of classes competing in real time, alongside others racing under the compensated time rule.

Since 2007, the involvement of one-designs, has created an even more diverse fleet, and includes impressive boats such as the GC32s or ClubSwan 50s.

However, the Copa del Rey MAPFRE was originally established as a corrected time handicap classes regatta, and despite its continual evolution and the inclusion of new formulas, it remains loyal to its origins.

The best example is the hugely successful BMW ORC classes, that have participated in every single edition of the event since it began, and this year continue to show impressive statistics.

In the opinion of Gaspar Morey, the Principal Race Officer, “It is the Copa del Rey MAPFRE’s core fleet. This year we wanted to give them priority, by creating another division to last year’s event, and have created the ORC 0 class, widening the split, with boats that previously competed in the IRC 1. 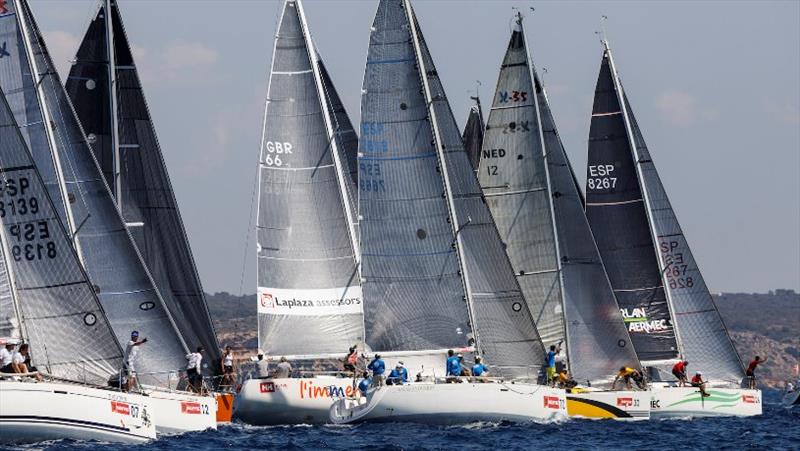 As such, this year the BMW ORC is distributed into the BMW ORC 0, BMW ORC 1, BMW ORC 2 and BMW ORC 3. It is a truly heterogeneous combination of boats ranging from under 10 to up to 16 metres, and in this 38th edition of the regatta brings together 70 boats from 20 nationalities. Racing under the ORC formula there are teams from Germany, Argentina, Chile, Ecuador, Spain, Estonia, France, Holland, England, British Virgin Islands, Italy, Monaco, Norway, Peru, Portugal, Czech Republic, Russia, Switzerland, Turkey and the Ukraine. BMW has named the ORC in the Copa del Rey MAPFRE since 2014.

New to the class this year, the BMW ORC 0 is made up of boats previously competing under the IRC 1 class. Noteworthy, is the presence of Gerard Logel’s French IRC 52 Arobas 2, who in May were winners of Sail Racing PalmaVela, on the same waters as the Copa del Rey MAPFRE.

Following them on the podium, and back again to race, is Valentin Zavadnikov’s Melges 40 one design Synergy. Other notable participants are Laurent Camprubi’s TP52 Alizé (winners of the last Tour de Corse à la Voile), Team Vision Future skippered by Mikael Mergui (participants in the 52 Super Series), and Vadim Yakimenko’s Freccia Rossa (overall winner of the Giraglia Rolex Cup 2017).

The 2018 winners, Ignacio Montes and Óscar Chaves’ DK46 Estrella Damm, skippered by Luis Martínez Doreste, will be back among them. The same boat won the Copa del Rey MAPFRE under other colours in 2009, 2016 and 2017, and for this year’s edition has been updated to remain competitive.

“We have changed the configuration of the main sail, and improved the boat’s stability,” explains Martínez Doreste. “On the crew we have recovered our habitual tactician, Toni Rivas (substituted by Pichu Torcida last year), and will greatly miss our dear friend, Santi Monjo, who passed away in November.”

Changes have also been made to the number of sails on board, “Since there is no coastal race, we have reduced the sail inventory, and removed the code zero, which will no longer be necessary. It’s a shame, as I love the coastal race; it is fun, offers colour to the event, and is another element to the regatta, but we will naturally adapt to the new competition programme, and are back in Palma to fight for the title.” 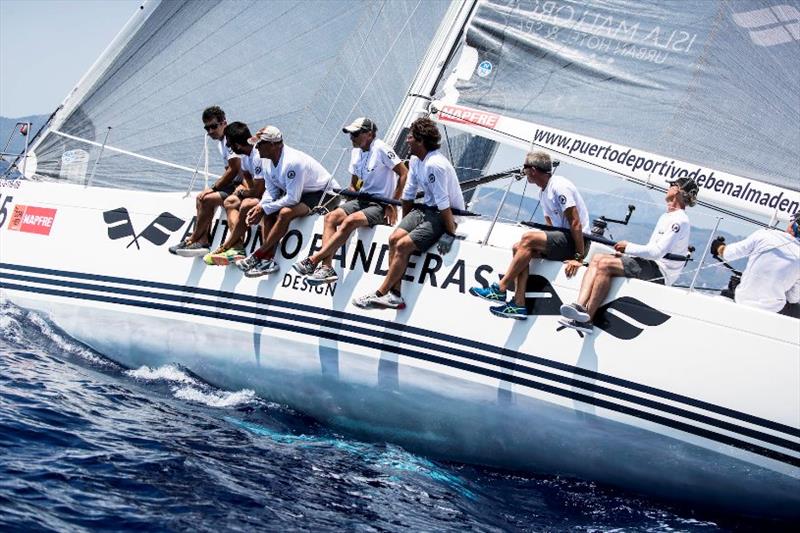 The BMW ORC 2 class includes 19 teams. In this case, the 2018 winners enter the competition once again as favourites; the team owned by Malaga’s Javier Banderas, is back to defend their title under skipper Dani Cuevas, but on a new boat (a Swan 42 substituting the X-41), and a new name (Teatro del Soho Caixabank by Antonio Banderas Design).

The team is fighting for their fifth title in Palma, although Banderas is aware that it will not be an easy task, “It is going to be a very competitive Copa del Rey MAPFRE, with a great number of rivals and changes to the classification system, that leaves victory much more open, and not decided until the very last races. However we have a clear philosophy: to sail to our best ability and bring the trophy home to Malaga again.”

The most numerous division of the entire 38 Copa del Rey MAPFRE fleet gathers boats ranging from ten to 12.2 metres long, and a total of 28 teams and eight nationalities, with a clear majority of Spanish teams (16). The first three classified teams from last year’s edition are all back to compete, including the winners Alexandre Laplaza and Carles Rodríguez’s Sinergia 40 L’Immens – Laplaza Assessors, María José Vila’s Grand Soleil 37B Tanit IV-Medilevel, and Federico Linares’ Brujo.

The competition programme for the four classes of the BMW ORC is made up of 11 windward-leeward races from Monday 29th July to Saturday 3rd August.