Jean-Luc Van Den Heede endured another tough night with 45knots winds and 6-7m seas but his Rustler 36 Matmut is now within 100 miles of the finish line at Les Sables d’Olonne and the 73-year old Frenchman is expected to arrive to a huge welcome at 08:00 UTC tomorrow (09:00 French time).

His great rival, Dutchman Mark Slats sailing a second Rustler 36 Ophen Maverick, narrowed the lead by 91 miles over the weekend, but remains 312 miles astern. He is not now expected to finish until late on Thursday, experiencing another Bay of Biscay gale just before his arrival.

The weather in the Bay of Biscay is forecast to moderate today, and barring light winds at dawn, should provide good sailing conditions all the way to the finish.

3,600 miles astern, Estonian Uku Randmaa sailing a third Rustler 36 One and All, is making the most of his last day of SE trade winds, sailing at 6.6 knots today, and is expected to run into the Dolrdums sooner than he expected. This marks the start of a frustrating period of calms, squalls and thunderstorms as he makes his way to his next goal, the Equator 500 miles north. 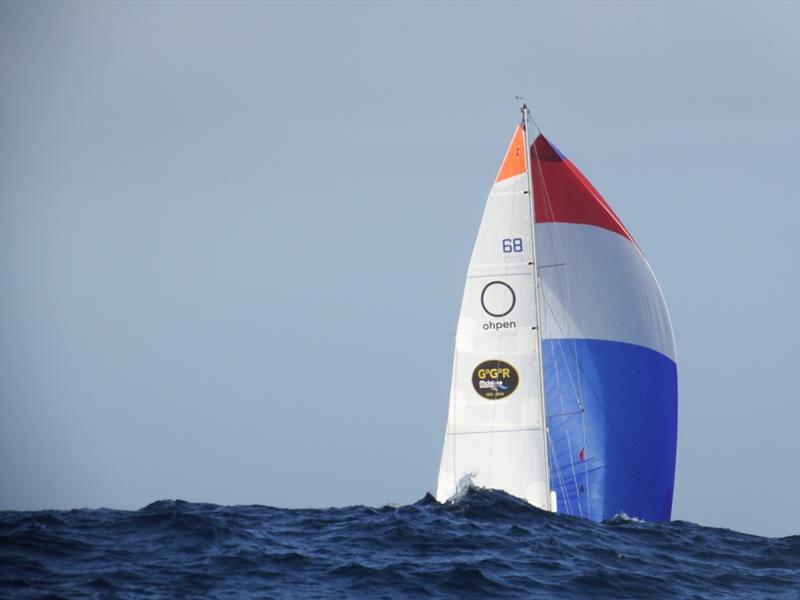 Fouth placed American/Hungarian Istvan Kopar sailing his Tradewind 35 Puffin is still enjoying the SE tradewinds but making 4.6knots because the Trades are lighter than usual. These will hold for a few more days, so he has a chance to close on Randmaa once more. 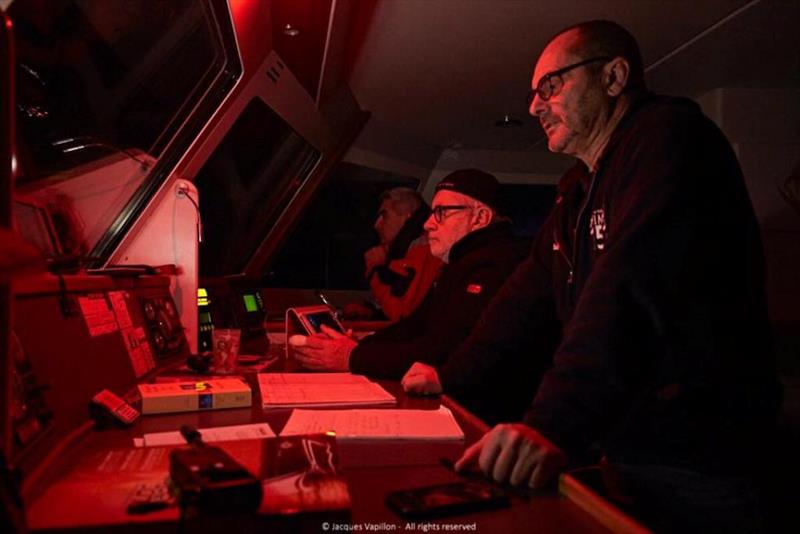 Finland’s Tapio Lehtinen is still in the Southern Ocean sailing at 4.4knots some 850 miles from Cape Horn. There is plenty of strong Southern Ocean weather blowing at 45knots+ but his Gaia 36 Astreria is covered in barnacles which is slowing her progress. Today, this additional drag has cost Tapio the lead in his virtual race against Sir Robin Knox-Johnston’s Suhaili from 50 years ago. Suhaili’s relative position on 26th January was just 8 miles behind Asteria in terms of distance to finish, and she would now be more than 100 miles ahead. 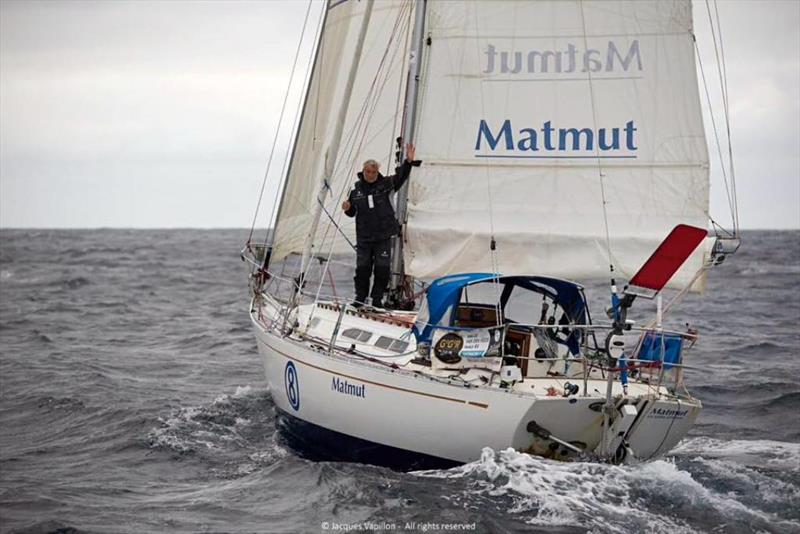 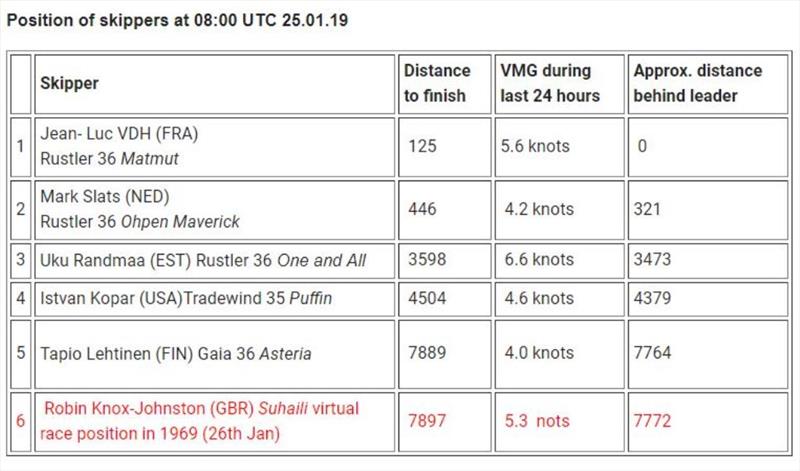