The Notice of Race has been posted and entries are open for the 36th edition of Australia’s largest and most spectacular offshore regatta, Hamilton Island Race Week.

The much-acclaimed series, which high profile world championship winning sailors like Karl Kwok and Gavin Brady have declared to be the best in the world, will be staged from August 17 to 24, 2019.

The reason for such an accolade is simple: Hamilton Island Race Week combines superb tradewind sailing and an unsurpassed social agenda. And, it’s all based out of an internationally acclaimed tropical resort which sits as the centrepiece of 74 islands, 68 of which are uninhabited.

The foundation for Race Week is so unique that it draws an amazing cross-section of yachts from all over Australia and overseas; everything from tiny trailables that are towed thousands of kilometres to compete, to the full spectrum of racing and cruising monohulls and multihulls, plus supermaxis and superyachts.

“Hamilton Island Race Week is all about the sailors, their families and friends having the best possible experience on and off the water,” Hamilton Island’s CEO, world champion and Olympic sailor, Glenn Bourke said. “Each year we work hard to make sure that the upcoming Race Week is better than the last, and I’m sure that is what we will achieve again this year. It’s a challenge made easier by the fact that our staff enjoy being part of Race Week as much as the competitors.”

Also, there is good news from Race Week’s race director Denis Thompson for all competing yacht owners: the entry fee across the eight divisions is the same as the 2018 regatta. 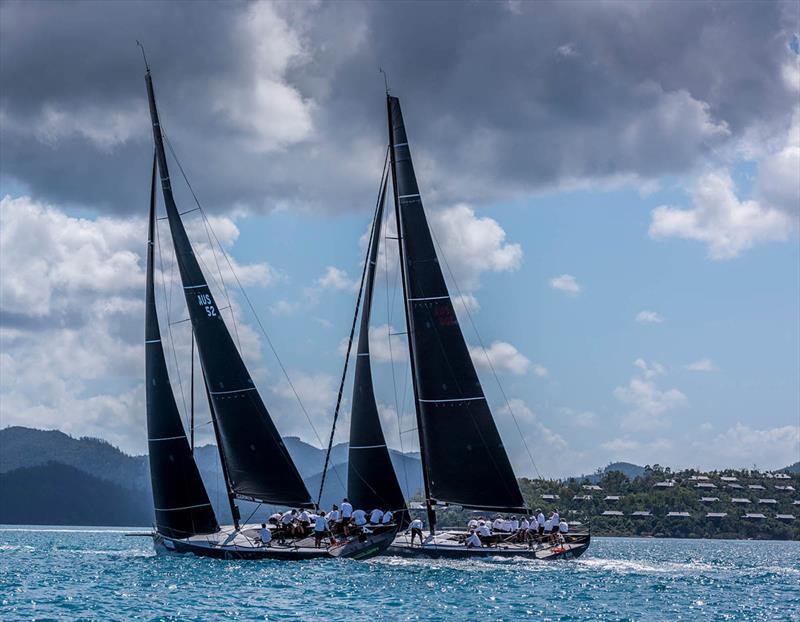 Apart from the excitement of racing on courses that take the fleet around the myriad of islands in the Whitsundays, the scheduled layday mid-week provides the crews, their families and friends with the opportunity to kick up the heels at the big Summer Bright Pool Party or enjoy fine dining and champagne at the Charles Heidsieck Luncheon at qualia, the island’s six star resort. There’s the option to play a round of golf on the amazingly scenic 18-hole course, do a day-cruise around the islands, or simply relax and watch the sunset from the Bommie Deck at Hamilton Island Yacht Club.

Special accommodation packages are available now. The options include everything from 3 star to 6-star hotels as well as a range of self-catering holiday homes, which are a great option for crews.

Click here to book now and get your pick of the houses available over these popular dates. 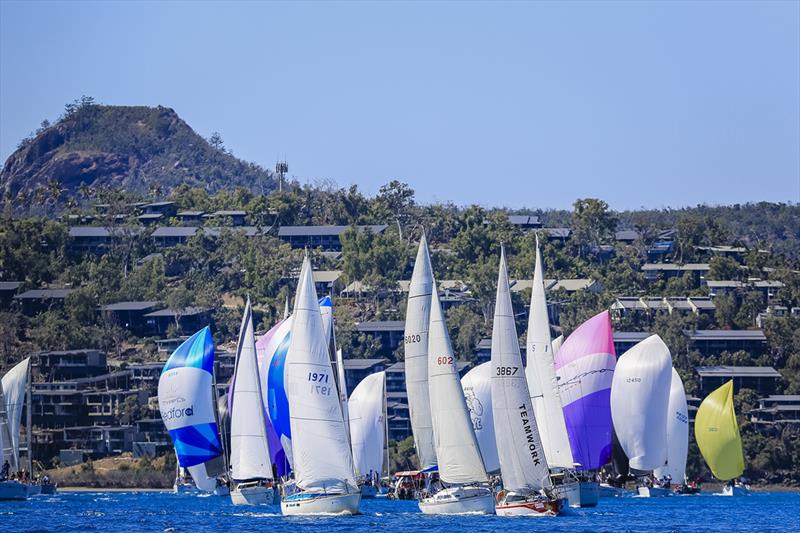 Hamilton Island Race Week has an impressive history. It was established as a consequence of Australia’s historic victory in the America’s Cup in Newport, Rhode Island, in 1983. The inaugural regatta, staged in April 1984, attracted an outstanding fleet of 92 yachts drawn from all points across Australia, including Perth. The largest Race Week fleet to date was 252 in 2016.