The Helly Hansen National Offshore One Design (NOOD) Regatta returns to Annapolis, Md., May 3-5. Annapolis Yacht Club will host nearly 180 teams from the Chesapeake Bay region and afar, as they race for top honors in 14 individual classes of boats.

One-design racing is held in identical boats, placing success at the hands of the sailors. As the first major regatta of the Chesapeake’s 2019 season, teams returning experienced from southern winter regattas have an advantage.

Ian Hill, a skipper from Chesapeake, Va., in the J/111 fleet, is relatively new to one-design racing, but used the NOOD’s Florida event in February to gain more experience. “These NOOD events are a big draw,” says Hill. “The last one we did, in St. Petersburg (Fla.), was incredible. And now, having such a big one-design regatta in our home waters means a lot.”

Hill’s crew consists of college friends, all Chesapeake sailors. “We’ve been having the time of our lives out here,” says Hill. “This series allows us to travel to different venues around the country. It doesn’t get much better than this.”

“These guys are all still in high school, so the learning curve will be high,” Becker says. “My goal is to be as much of a spectator as possible. The more the team can handle the boat by themselves, the better.” Josh Becker of Arnold, Md., says he’s crewed for his father often, but adds, “It will be fun to be in control of the team and learn the new boat. It’s great having the NOOD come to Annapolis because we get to sail against people we know. There’s plenty of high school kids in other fleets, so everyone will get a chance to sail.” The other Helly Hansen Jr Crew will be racing in the J/80 fleet.

At each of the NOOD series’ five regattas, organizers select one overall challenger to compete in the Helly Hansen NOOD Carribean Championship in October. Thomas Kopp, a J/80 class skipper from Detroit, Mich., aims to repeat his championship challenge. “Annapolis is a beautiful place to sail,” says Kopp. “It’s always fun being in a place with such a high awareness for the sport.”

Kopp and his teammates were the second-best J/80 in the 2018 NOOD, so they’re looking to win their class this time. “We were very proud of our finish last year. Annapolis has one of the deepest J/80 fleets in the country, and it can get pretty unforgiving out there. So we’ll need to pull out everything this year to do well.”

For more information on the NOOD events, visit sailingworld.com/nood-regattas. 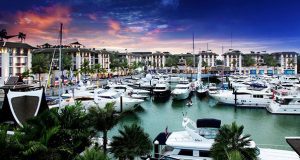 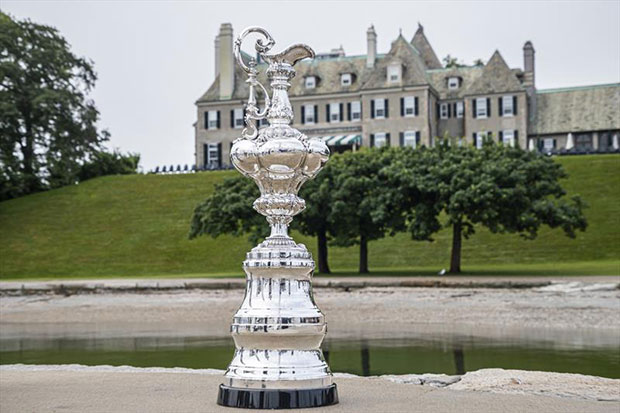