We spoke to Sam Richmond of North Sails about the Rolex Fastnet Race, his experiences during the race and what advice he has for first-time competitors in the event he refers to as ‘the One’.

Sam Richmond: I turned 21 on my first Fastnet Race, it was with Doug Flynn on his 47.7 called Kirribilli… it took forever, a really light airs race and there were long periods of wallowing around along the South coast of England but I remember Doug, the best on-the-water host you could ask for, preparing what we used to call ‘Kirribilli Tea’ before dinner, which consisted of a cured meat and cheese platter with a tot of rum from a school canteen teapot; and on the actual day of my birthday I was given an additional can of Stella! 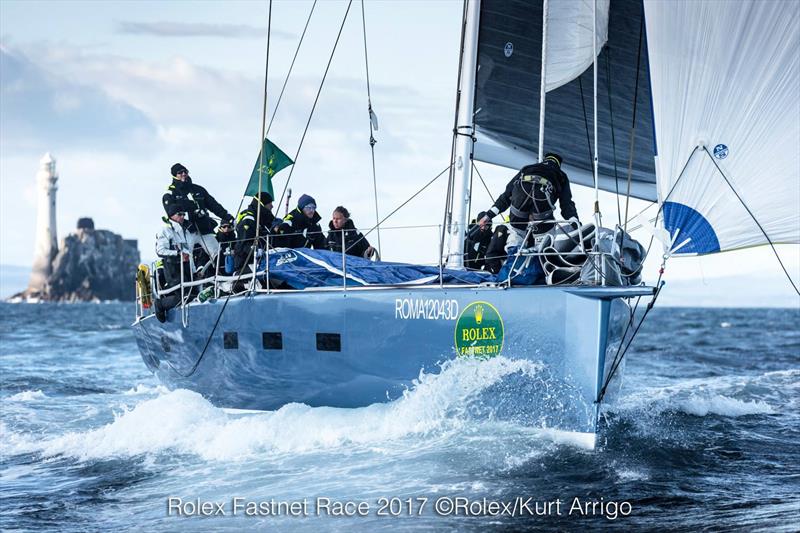 Mark: The Rolex Fastnet Race is massively over-subscribed, with the entry allocation being filled within minutes of it being opened. What makes the race so popular?

Sam: It’s ‘the One’; we’ve all heard about it since we were kids. It’s a very tough race, and on occasions extremely, even tragically, so. Some of the best and most powerful offshore racing stories come from this race. I think we all like a challenge and this certainly is one. 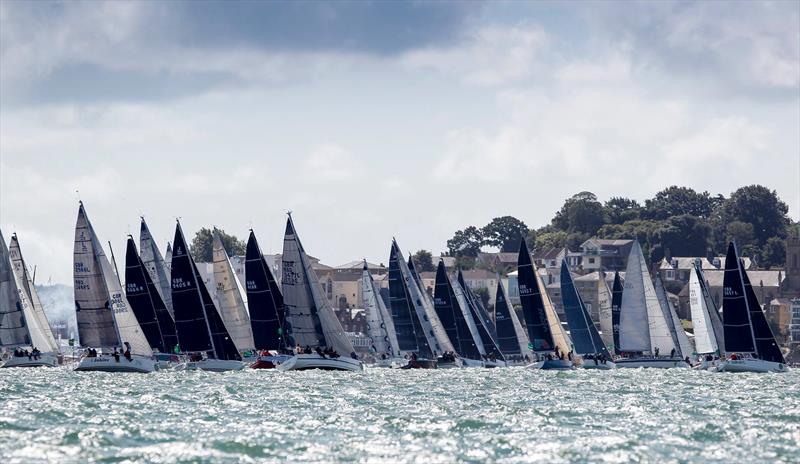 Mark: With a race such as the Rolex Fastnet Race, you must see a lot of rookie mistakes made time and again. What one thing would you write in permanent marker beside the companionway hatch for first-time, and some many-time, competitors to remember?

Sam: “Plenty of golf left in this hole” – you can’t win the race in the Solent and to keep the analogy up, that’s like a good first drive but it isn’t the most crucial part; keep pushing as there will be opportunity all the way to the end. 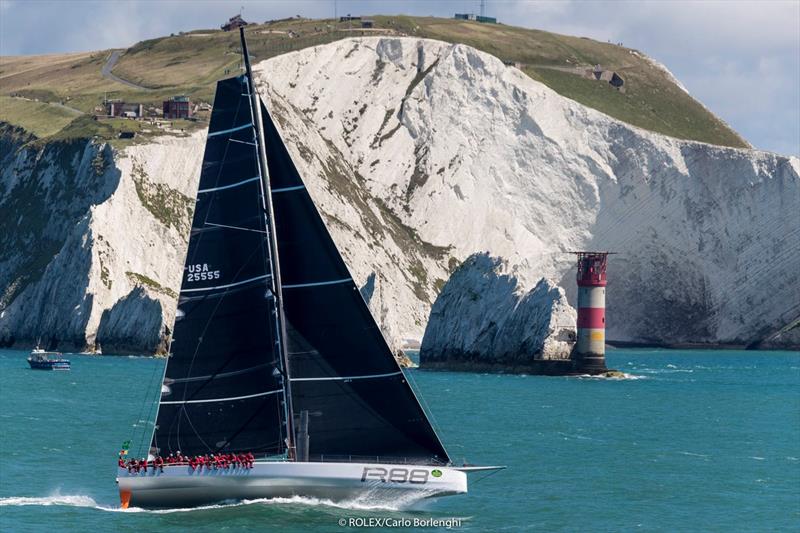 Mark: When it comes to sail selection, teams will try to strike the balance between weight and having the right sails for the forecast conditions. What advice would you give on which sails you can leave on the dock and which are a must?

Sam: For me, what we know about this race is that it’s always a typical English Summer… by that I mean you HAVE to be ready for anything. You may see enough in the forecast before you leave to know that you won’t see above or below a certain wind strength for the period, but in 3-6 days in August you wouldn’t bet against seeing plenty of breeze and of course nothing at times and from all directions. The trade off versus weight is an interesting one; offshore, if you need a sail and don’t have it, it’s a shocker, but equally if you are barely moving in no breeze, staring at a yacht full of sails, that is super frustrating; I’ll give you the correct answer after the finish! You’d never start an offshore race without a Code Zero and with the latest North Sails Helix Code Zero we have the lightest sail available whilst also covering a much wider wind angle range than ever previously possible. 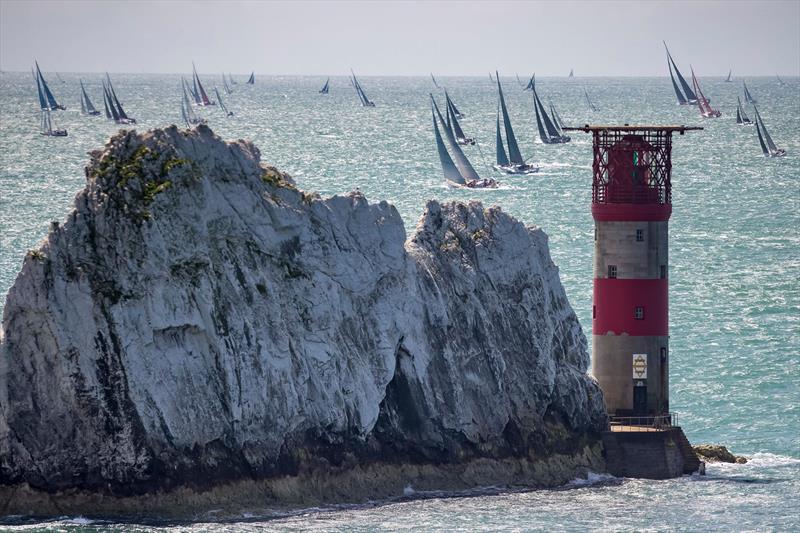 Mark: The navigator has an important role in most races, but the Fastnet has a habit of making you look like a hero or a villain. How should a navigator communicate with their crew about the choices they’re presented with and the risks involved with different strategies?

Sam: It’s easy to get too involved in navigation without all the facts; as a trimmer/driver we just need to be focused on racing the boat hard in the right direction; the navigator will have the overall plan and on a big race like this they need to be pretty dictatorial about making that play out. 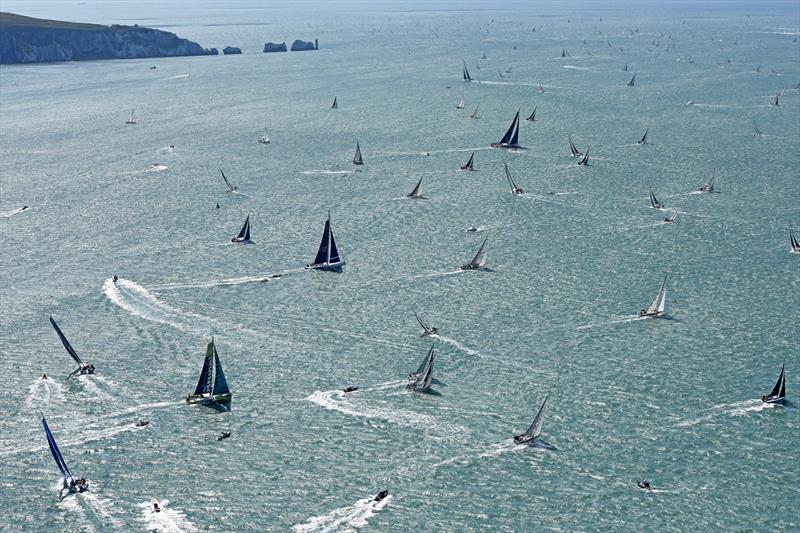 Mark: The Fastnet Rock itself is iconic. While the crew itself will be busy during the manoeuvre of rounding the rock, do you get a chance to take in the moment?

Sam: We’d all have our cameras out if we could; it’s a pretty special moment and in your head you are now on the home straight which adds to the excitement! On Cutting Edge, the TP52, we rounded in the dark and it was foggy, we had no instruments and were driving to a compass very handlily situated on the cockpit floor between the two wheels, so not much time to take it in at all. I think it completely passed me by! 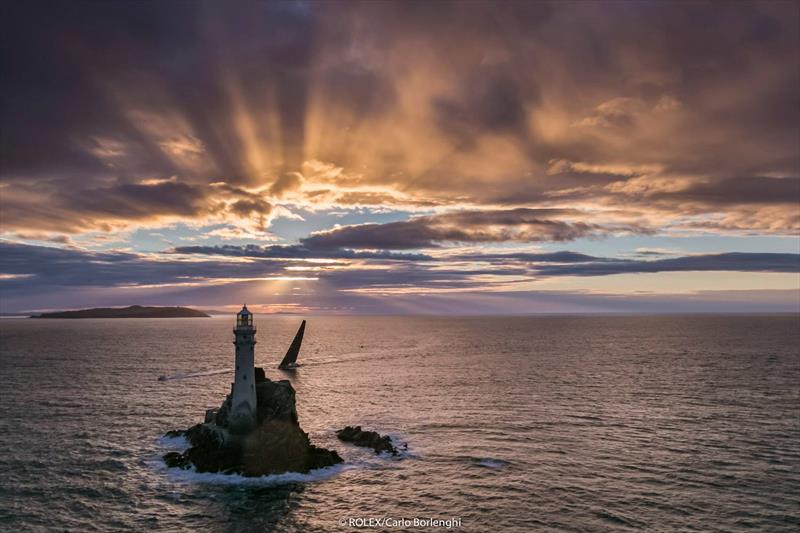 Mark: North Sails Helix has resulted in yachts being able to use a single sail over a wider wind range and greater angles than ever before. How does this help in an offshore race such as the Fastnet?

Sam: It adds points to your IRC rating to take extra downwind sails so you need all your bases covered but you don’t want to carry too many. In terms of keeping our options open, with our Helix sail we have dramatically widened the Code Zero window which gives us much more flexibility in terms of sail choice. The more traditional Code Zero light/upwind angles are fully covered but now with Helix the deeper reaching angles are also taken care of.

Mark: With the many headlands along the South West coast of the UK, there are often ‘park ups’, where yachts can watch hard-fought gains disappear in a frustrating night. How best do you handle these moments and make the best of the situation?

Sam: I think it’s pretty simply a game of snakes and ladders along the bottom of the UK; you never know who is in control and who will win until the end… inshore/offshore, kedged waiting for the tide to turn versus moving at a cost of sailing a lot further; honestly apart from the fact that you aren’t gaining on the course all your competitors are struggling for the answer too and it’s about making the best of what you’ve got. There is always the next night! 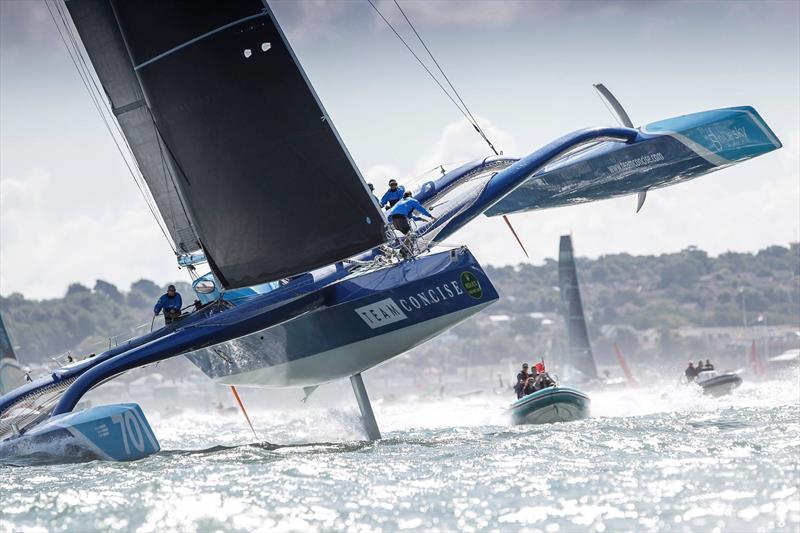 Mark: Food is often a topic of conversation amongst offshore sailors. What do you find best to eat when conditions aren’t exactly the best for cooking cordon bleu meals?

Sam: We will go with freeze-dried; for a long race like this you have to keep the energy up and whilst they aren’t everyone’s favourite, they are full of calories and you can always boil water whatever the weather and then stick it inside your jacket on the rail to keep warm.

Mark: The event has moved to be ahead of Cowes Week. Do you think this will change the dynamic of the race at all?

Sam: I’d say not; I know Cowes Week have allowed a dispensation for the first day if anyone struggles to get back in time for it… Hopefully with all the boats on the South coast of the UK many will hang around and do Cowes Week too. We may have fewer boats on the water watching but that’s no bad thing! 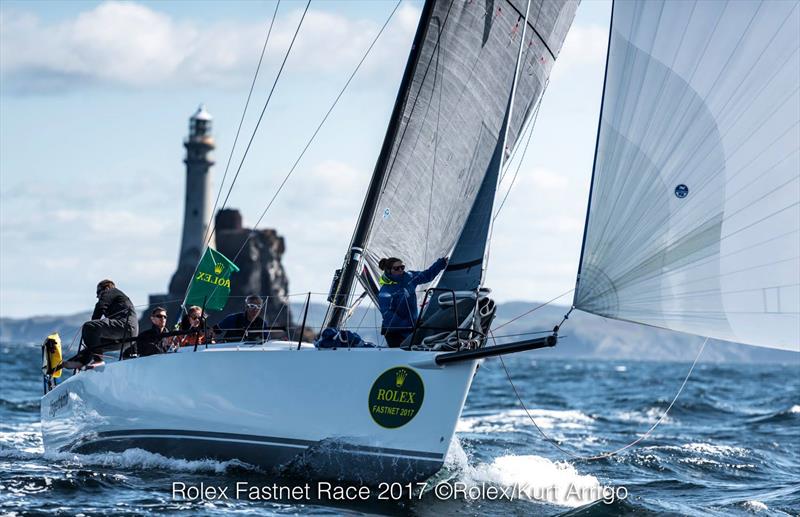