The 2018 Rolex Sydney Hobart Yacht Race, contested by a hugely diverse and competitive 85-strong fleet, crewed by experienced and talented sailors, provided a reminder of the race’s relentless and changeable manner.

For the two winners of the 74th edition’s main prizes, achievements rewarded with Rolex timepieces, calculated tactical decisions made in high pressure, ‘no turning back’, situations proved crucial.

In claiming overall victory on IRC handicap, Phillip Turner and his crew on Alive brought the Tattersall Cup back to Tasmania after a 39-year absence. For the Oatley family-owned Wild Oats XI, first finisher, it represents an 11th success at the event, nine line honours titles together with the overall victories secured in the record breaking years of 2005 and 2012. From the spectacular, sun-kissed Sydney Harbour start, it was a race which offered a range of conditions and situations from parking lots to punishing winds.

The 628-nautical mile race, organised by the Cruising Yacht Club of Australia (CYCA) with the support of the Royal Yacht Club of Tasmania, has been partnered by Rolex since 2002. A memorable edition of the Rolex Sydney Hobart concludes a year in which Rolex marked the 60th anniversary of its relationship with the sport of yachting.

The first Tasmanian success at the race since 1979, Alive’s historic triumph was well received by an enthusiastic local crowd in Hobart. A victory which was the product of an epic duel with Wild Oats X, an all-professional female crewed rival Reichel/Pugh 66, another yacht owned by the Oatley family.

“The race was both a navigator’s nightmare and dream,” reflected Alive’s Wouter Verbraak. “It was about finding the right position at each transition. You don’t always get it right. At a lot of these races it is a question of timing and having the right size boat to face the weather.” When then in position it is a matter of making shrewd and brave tactical decisions based on experience, on intuition, and in Alive’s case, on collaboration. 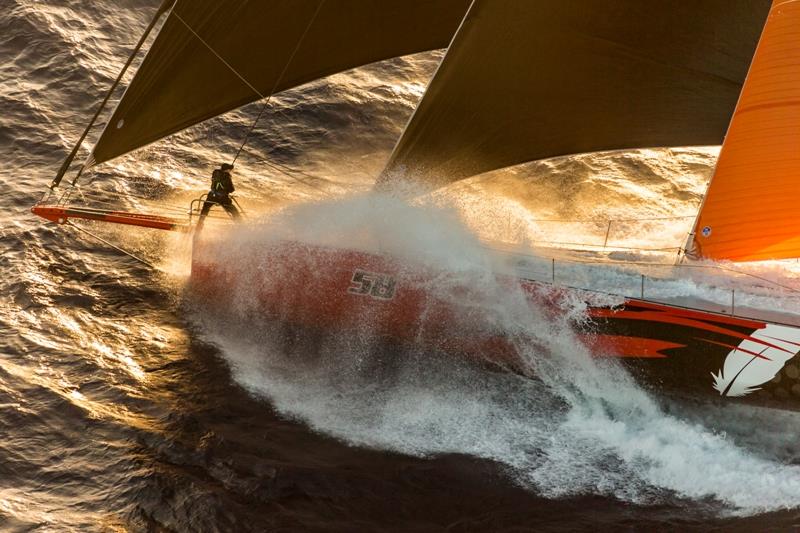 Formed of professional and Corinthian sailors, the Alive crew is moulded to Turner’s desire to foster a team which encourages the development of young sailors. Wild Oats X provided them with a formidable opponent, comprised as she is of experienced sailors who have completed a vast number of offshore sailing miles, many single-handed or as skippers. “They pushed us and forced us to get the best out of each other. We were within sight of each other for most of the race,” confirmed Verbraak.

They were only separated late in the race. “On the tight reach from Tasman Island it was questionable whether we could hoist a bigger Code Zero sail or not. We talked between each other ‘shall we do it or not – yes or no?’. We decided to go for it and then got the extra speed to pass Wild Oats X,” explained Verbraak. Perhaps equally decisive, Wild Oats X had torn her A2 spinnaker on the first night, a sail which would have been a welcome option coming up the Derwent to Hobart. Alive was the fifth yacht to finish this year’s race, Wild Oats X the sixth. 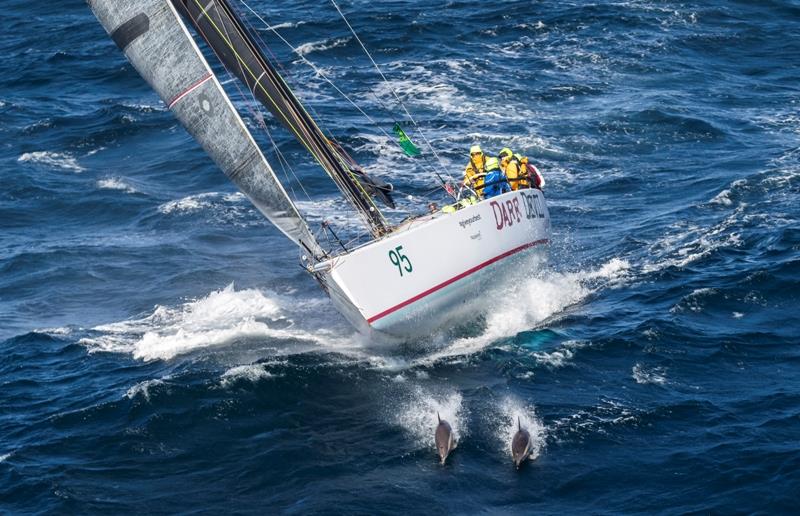 These factors, together with tireless crew work, excellent navigation and determination in keeping the boat moving even in light airs, helped secure Alive a fourth Tasmanian success since the inaugural race in 1945. It follows the back-to-back victories of Westward, 1947 and 1948, and Screw Loose’s triumph in 1979.

Alive is not unaccustomed to success at Rolex offshore races. In 2016 she won line honours at the 565-nm Rolex China Sea Race setting a new race record in the process.

Stacey Jackson, skipper of Wild Oats X, who finished just 13 minutes behind Alive on the water and second on corrected time, was proud of her crew and hoping to go one better at next year’s 75th edition. “It will be an epic anniversary for the race. I think we’ll see a huge number of boats enter, similar to the 50th. Hopefully you’ll see us return as the same team we are this year.”

Unlike the previous two editions of the Rolex Sydney Hobart, no race record was set this year. However, the nature of the contest between the frontrunners provided numerous anecdotes for future literature on the race. In claiming line honours Wild Oats XI extended her own record of triumphs to nine. This after a contest which saw five 100-footers on the start line and an unprecedented four-way contest up the Derwent River.

For Wild Oats XI skipper Mark Richards, at the helm for each of her successes, this was a victory of ‘redemption’ following three years of disappointments, marking her longest run without success at the event. “This must be the most spectacular race in 74 years,” exclaimed Richards on arrival in Hobart. “It was an amazing contest all the way to the end. All the Maxi crews pushed each other and did a fantastic job.” 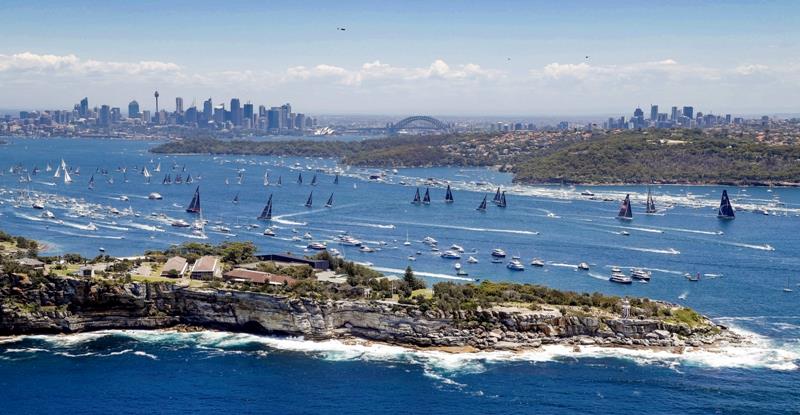 Richards pinpointed a significant tactical decision off Tasman Island before the final leg to Hobart as a key juncture. Here Wild Oats XI, in a significant weather transition, was able to sail around the race leader Comanche and when the breeze filled in, found herself in the right spot to take advantage. From that moment on, she assumed control over the race and extended her lead all the way to the finish.

The five 100-footers – also comprising Scallywag (one of six race retirements) and InfoTrack (fourth finisher) all have different characteristics, conditions which suit their individual designs, hull forms and sail plans. Tom Addis, navigator on Black Jack, who has sailed on three of the 100-ft Maxis, admitted that “Wild Oats XI is a great all round boat, built for this kind of race.” 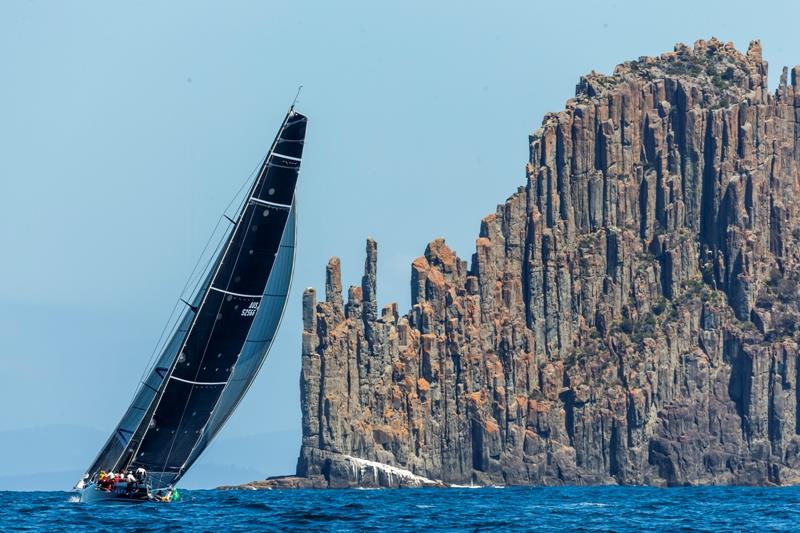 The contest to finish second on the water between Black Jack and Comanche was one of the race’s many fascinating duels, one which was decided in the Derwent when Peter Harburg’s crew found the breeze to move past the two-time line honours winner, prevailing by 63 seconds. It evoked memories of the epic 1982 finish when Condor of Bermuda pipped Apollo by just seven seconds.

The quest for line honours offered a unique, memorable contest between five committed and determined owners and skippers who all optimised their boats for the race and recruited leading professional sailing talent. Every sacrifice was made in pursuit of glory. “This isn’t happening anywhere else in the world, the stakes are really high,” explained Black Jack skipper Mark Bradford. “The five 100-footers in current racing trim with the who’s who of offshore sailing onboard.”

Wild Oats XI’s finish time of one day, 19 hours, seven minutes and 21 seconds was almost ten hours outside the race record set by LDV Comanche in 2017. 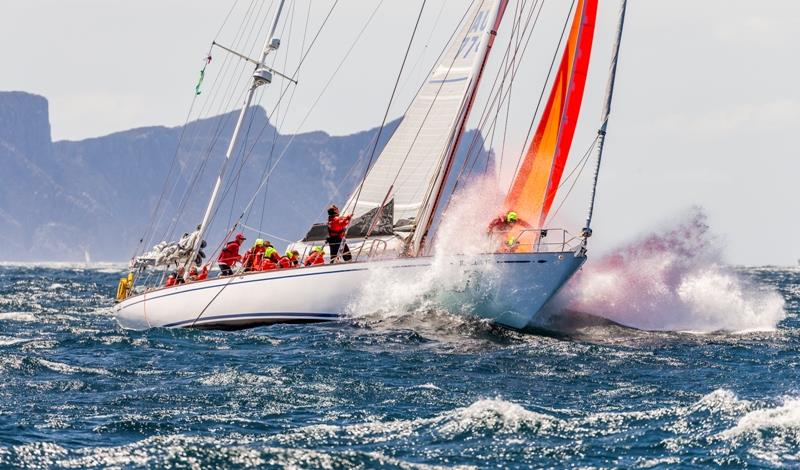 Every finish an achievement

Success is not only measured by trophies and accolades but by collective and individual achievements which reward personal sacrifices and those who overcome the race’s many obstacles. By the final prizegiving on 31 December, all remaining yachts including the smallest in the fleet, the 30-ft Gun Runner, had long crossed the finish line. Some were able to toast class victories, others personal milestones, united by a sense of enjoyment and camaraderie.

One of the race’s great characters Tony Ellis equalled Tony Cable’s record of 51 races, one he confirmed he will remember for the ‘great guys on the boat’. On Dreki Sunnan, Ken Holmes was sailing his first race as owner. “I’m lost for words,” he explained on arrival in Hobart. “Apart from big seas, the race had everything. It was awe-inspiring to be on the water with the other boats. We’re very lucky to have this race in Australia, it is the race for amateurs.”

Quetzalcoatl’s Antony Sweetapple was sailing the race for a 12th time and reflected, “every edition is different, it is what we love about doing them. It was a magical trip with tremendous breezes and moments like watching Tasman lighthouse blinking away.” 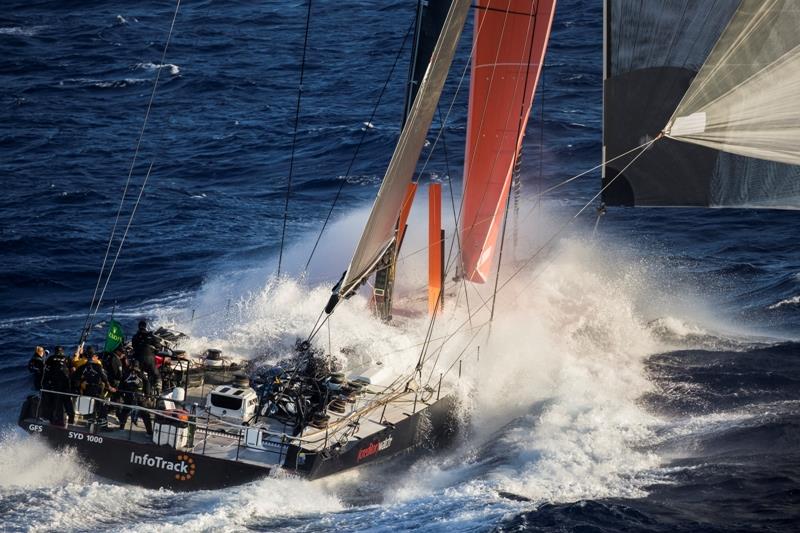 This year’s race also provided a poignant moment for reflection, marking 20 years since the 1998 edition of the race when six sailors tragically lost their lives following a severe storm, similar in strength to a low-class hurricane, in the Bass Strait.

As a tribute to those who lost their lives, David Kellett who sailed in that edition of the race, and now leads the team on the race radio relay vessel, addressed the fleet on 27 December with the words spoken by the CYCA Commodore, Hugo Van Kretschmar, at the post-race memorial service held at Constitution Dock in 1998.

Next year marks a special edition of the Rolex Sydney Hobart. The CYCA are forecasting the presence of a sizeable fleet for the 75th anniversary race, entrants eager to take on one of the most beautiful land- and seascapes in the world. For those who accept the challenge, the planning starts now. The Rolex Sydney Hobart demands immense preparation for boat and crew; next year’s race like all those which have gone before it will test the resolve, skill and mettle of even the most experienced sailor. 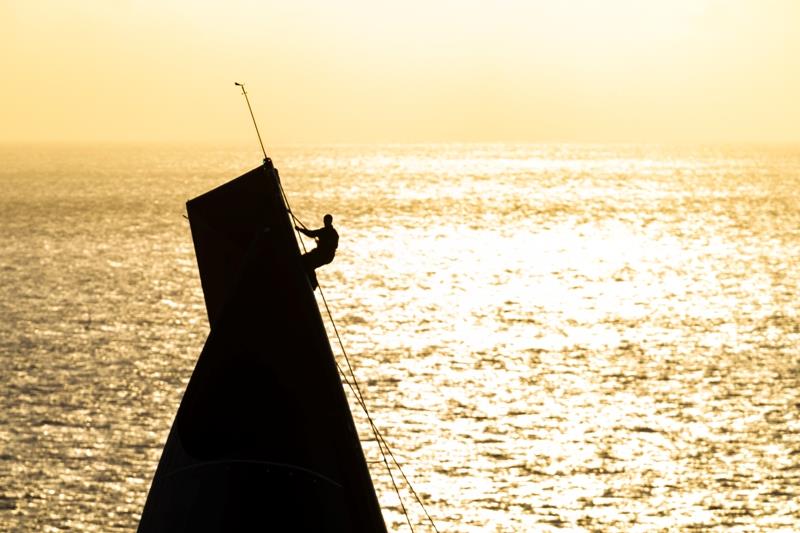 Rolex’s affinity with the human achievement embodied at races like the Rolex Sydney Hobart stems from the origins of the company and a desire to support those whose bravery and determination inspired them to transcend perceived limits. Its relationship with offshore racing began in the 1960s, a golden era of accomplishment in yachting, and the exploits of three extraordinary individuals stood out. Francis Chichester, Bernard Moitessier and Robin Knox-Johnston were all guided by Rolex timepieces on their legendary solo exploits. Today this relationship is represented by its long-standing support for demanding 600-nm offshore races.

Next year’s anniversary will hold an even greater allure for those targeting success. In the adrenaline and emotion of victory, this year’s triumphant crew admitted it will be hard to ever replicate this feeling. “These races are so hard to win,” confirmed Verbraak. “So many pieces have to fall into place.” “It is a moment in my life which will never be rivalled,” Alive skipper Duncan Hine’s succinct reflection.