Nilaya got proceedings under way, the 34m dark hulled black sail carbon sloop powering up and crossing the line as the first to start the opening Pantaenius Race in the 13-strong superyacht fleet.

Class A led the way, with Nilaya followed off the starting blocks by Win Win and the equally high-performance Open Season in what looks set to be a hard-fought class contest. At the finish the start order was reversed, but as Superyacht Cup regulars know nothing is decided until the ORCsy handicap system has worked its magic. 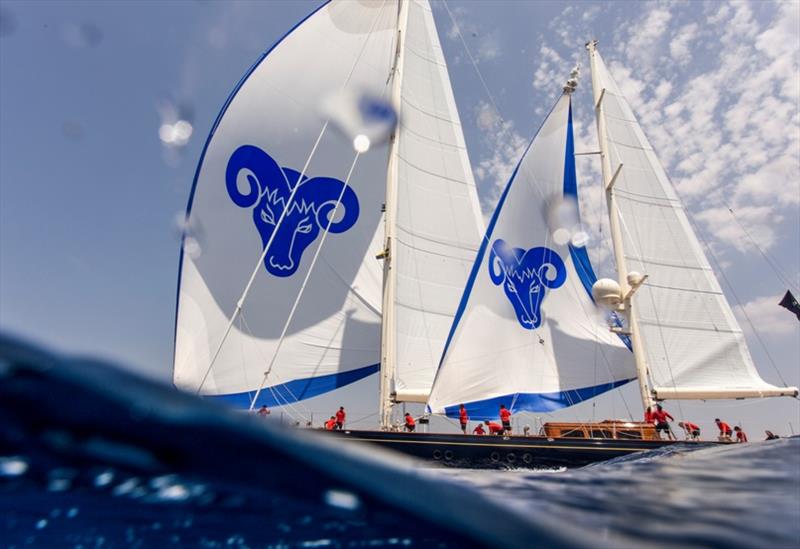 Once the ratings were applied the winner was the suitably named Win Win, ahead of Open Season. The creation of Mallorcan designer Javier Jaudenes, Win Win was a class victor over the last two years and an overall Cup champion in 2016.

“It’s very exciting to be back again for the fourth year in a row, and we are just trying to keep up the standard and repeat our performance this year,” said skipper Ryan Taylor.

“It’s a good class and so far so good, but the first day is only the start of course – everyone in our class is going to give us a run for our money, and let’s face it we’re all here to win, no one is here to finish second or third,” he laughed.

Class B saw the closest contest, with Velsheda getting off to a winning start in defence of her 2018 SYC title – but only by 15 seconds from her J-Class compatriot Topaz.

It’s a tight tussle relished by Topaz’s helmsman Peter Holmberg: “It’s always really close between us and we love the fact that we start together – we play fair but we play hard.

“It was good racing against Velsheda, they are the benchmark we use in the class, with their speed and their crew work they are always right there. We’re looking forward to tomorrow!”

It was a close run thing in Class C too, with the top three boats separated by just 37 seconds on corrected time. 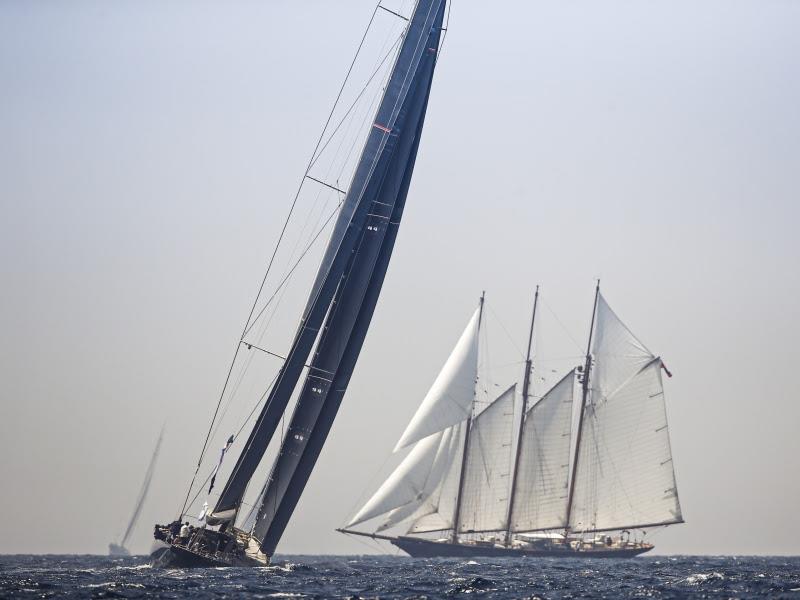 First time SYC participant Huckleberry edged out the Spirit of Tradition yawl Bequia to take the narrow win, with the Hoek Design modern classic Kealoha taking the last spot on the podium. The 52m schooner Meteor – the largest vessel at this year’s Cup – came home fourth.

Moored alongside each other in the heart of the Superyacht Cup Race Village, Kealoha and the 40m ketch Huckleberry were close all around the course and will clearly be seeing a lot of each other this week.

“It was great out there, a few things worked in our favour and the crew really jelled today so no big surprises,” said Kealoha’s skipper James Saddington.

“We thought we would be sailing close with Bequia as well but it’s great that we are so closely matched with Huckleberry. There’s a lot of fun happening on board, with a happy crew and a happy owner.”

After racing, owners, their guests and crews relaxed at the popular Southern Spars Happy Hour, with the daily prize-giving closely followed by the SYC Dock Party.

Racing at the Superyacht Cup Palma continues on Friday 21 June, and will be followed by the Marinepool Paddle Board Challenge where the crews can continue their friendly rivalry.