In one year’s time a new era will begin for the world’s largest offshore yacht race.

On 8 August 2021, the Rolex Fastnet Race will set sail from Cowes bound for the Fastnet Rock as usual, but then, once the boats have rounded Bishop Rock, they will, for the first time in the race’s 96 year history, point their bows towards Cherbourg, the new finish for the Royal Ocean Racing Club’s premier event.

Announced last November, the change in finish venue to Cherbourg comes thanks to the joint co-operation of the City of Cherbourg-en-Cotentin, the Communauté d’agglomération du Cotentin, the Conseil départemental de la Manche?and Région Normandie with the event’s organiser, the RORC.

The Rolex Fastnet Race’s giant fleet will face no berthing shortage when they reach Cherbourg where they will be moored in Port Chantereyne and the Bassin du Commerce.

Well used to hosting large sailing and other sports events, the historic naval port at the top of the Cotentin Peninsula, will provide shoreside spectacle and razzamatazz on an unprecedented scale for Rolex Fastnet Race finishers. Most unexpected for competitors from outside of France will be the degree of interest taken in yacht racing by the local community.

Thanks to events such as the Vendée Globe and the Route du Rhum professional sailing is a top tier sport in France and its top players, many of whom will be competing in the Rolex Fastnet Race, are household names. In addition to its long history and its massive fleet, one of the attractions of the race, that draws competitors from across the globe, is the opportunity for not just the general offshore racing community, but also Corinthian family, friends and sailing school entries to be on the same start line as legends of our sport.

Among the stars will again be Charles Caudrelier and Franck Cammas on Maxi Edmond de Rothschild. The massive 32m long 23m wide flying trimaran is one of the world’s fastest offshore race boats and famously in the last race overtook Francois Gabart’s MACIF on the last gybe to win by less than a minute. 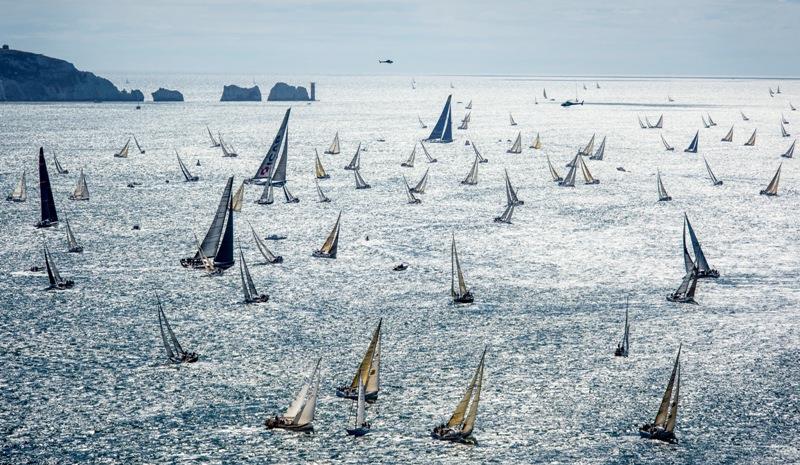 Always a spectacular sight as hundreds of yachts of all sizes head out of the Solent after the start in Cowes, UK © Kurt Arrigo / Rolex

“It was a similar difference between Dongfeng Race Team and MAPFRE in the race before,” recalls Caudrelier, who went on to skipper the Chinese VO65 to victory in the subsequent Volvo Ocean Race. “I love the race because I think the south coast of England and the north coast of Brittany are most complicated to manage which makes them the best places for racing. I really enjoy the passage between Cowes and the Lizard playing the sea breeze and the current. The Rolex Fastnet Race is a mix between a coastal race and an offshore in the Irish Sea – it is very interesting.”

Caudrelier is naturally pleased that the next edition will end in Cherbourg. He has raced in and out of there many times, most recently in the Drheam Cup which Maxi Edmond de Rothschild won. “It is a good place for racing – very tricky with a lot of current. Each time I’ve visited it was a nice place with great parties and people – I have a lot of good memories.”

It remains unconfirmed if 2019 Rolex Fastnet Race overall winner David and Peter Askew’s VO70 Wizard will return to defend their title, however their sailing master, Volvo Ocean Race skipper Charlie Enright will be back, this time as skipper of 11th Hour Racing Team aboard his new generation IMOCA 60, that will be competing in The Ocean Race in 2022-23.

Enright is a fan of the Rolex Fastnet Race: “It is certainly one of the more complex races as from a course perspective it has so many different features and you never know what it is going to throw at you. Also you can count on the competition year in year out – that makes it hard to win, so when you do it does feel good.”

Currently based in Concarneau, Enright appreciates what a difference the Cherbourg finish will make. “In France, they like their boating and the finish should be more spectacular I imagine.” 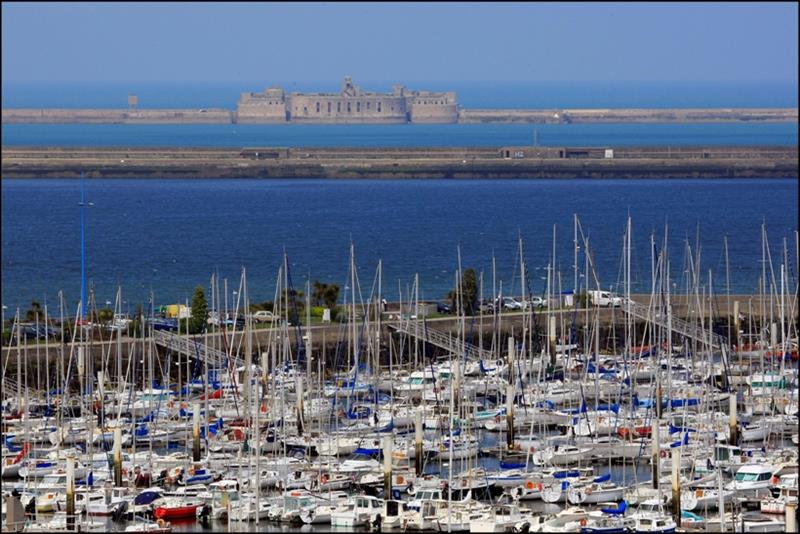 For the first time, the Rolex Fastnet Race will finish in France. Cherbourg will host the fleet in 2021 and 2023 – photo © JM Enault

With the finish in Cherbourg, more French entries are anticipated but the majority are still likely to be from the UK. Last year David Collins was the top British finisher under IRC, his Botin IRC 52 Tala’s time correcting out to third overall behind Wizard and Nicolas Groleau’s Mach 45 Bretagne Telecom. Having come so close in 2019 and after not racing this season, Collins says the Rolex Fastnet Race will be Tala’s main event in 2021, in what will be a UK-only season.

CEO of the RORC, Eddie Warden Owen adds: “The coronavirus pandemic has left us already looking towards 2021 and a racing season – the highlight of which will be the 49th Rolex Fastnet Race.

“The last three editions have seen record-breaking fleets attracting enthusiastic amateurs, seasoned offshore racers as well as out-and-out professionals from all corners of the world, all captivated by the challenge of racing to the Fastnet Rock, battling the strong currents and headlands off the south coast of England, followed by the open ocean in the Celtic Sea, while enduring the changeable weather en route.

“For the 2021 and 2023 races the finish will be in Cherbourg and we are excited at working with our colleagues in France where offshore racing is a national sport and where competitors can expect a wonderful welcome and warm hospitality.”

For further information, please go to the race website: rolexfastnetrace.com 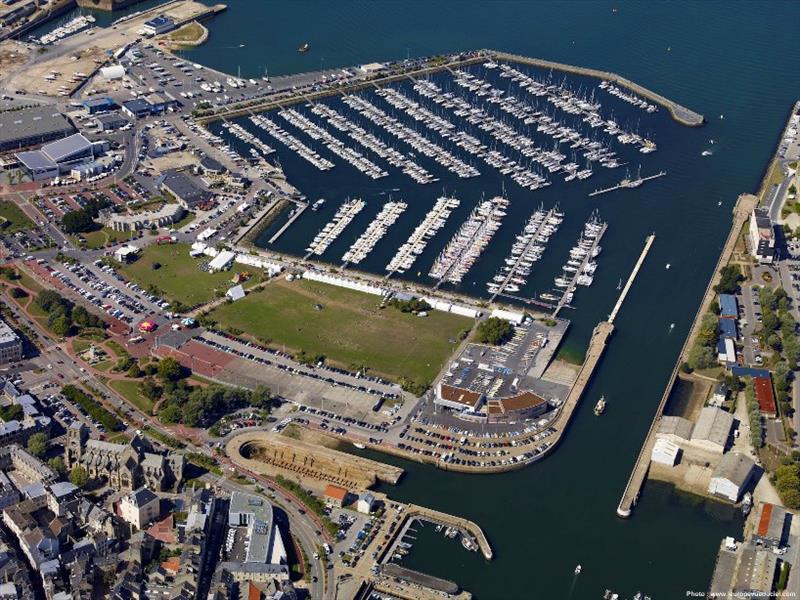 Aerial view of the host port – Cherbourg, France where the massive fleet will be berthed and sailors from around the world will enjoy the festivities and fantastic atmosphere on arrival – photo © www.leuropevueduciel